Soldier, 20, who sexually assaulted a drunk female colleague is kicked out of the Army

A British soldier has been dismissed from the army after abusing a female colleague by performing a sex act on her which ‘she absolutely hated’.

Sapper Thomas Herrington, 20, said he had asked the female soldier about her ‘pain threshold’ during a ‘rough’ sex session in which he was said to have pulled her around his bedroom by her hair and tied her to his bed.

It was claimed the Army engineer violently raped the woman two years ago while she was ‘out cold’ from drinking vodka at a party, but he told a court martial she ‘liked rough, kinky sex’.

Bulford Military Court dismissed two charges of rape following a trial, however Herrington was convicted of sexual assault by penetration.

The woman told police: ‘It felt really malicious. He knew I didn’t like it and he was talking like he was proud. That was really violating because of how much I hate that.’

Sapper Thomas Herrington, 20, has been thrown out of the army after abusing a female colleague during a sex session when he was 18

Spr Herrington claimed the female soldier liked being ‘roughly handled’, that she previously sent him naked selfies on Snapchat and she sent him sexualised messages before the party.

The soldier said they had sex in the weeks prior to that night, claimed she had ‘enjoyed’ passionate sex that night and insisted he was ‘stunned and confused’ by the allegations.

But Spr Herrington, formerly of 1 Royal School of Military Engineering Regiment, has now been dismissed, as a judge told him boundaries during sex must be respected.

Sentencing him, Judge Advocate Alistair McGrigor said: ‘It was an unwarranted and unwanted action that meant she consequently fled the room.

‘Rough interaction has its own inherent danger. Boundaries must be respected – you knew because she had told you she agreed to rough sex.’ 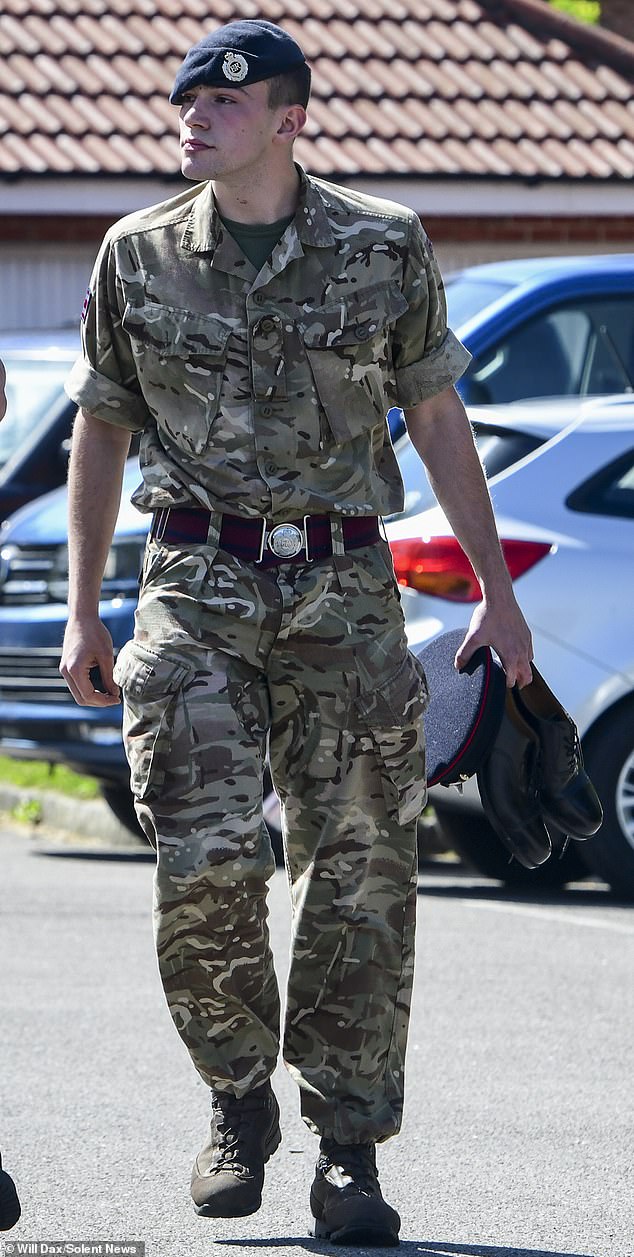 Spr Herrington claimed the female soldier liked being ‘roughly handled’, that she previously sent him naked selfies on Snapchat and she sent him sexualised messages before the party

Spr Herrington’s lawyer, James Hay, told the court a ‘lengthy and onerous’ community order would allow him to address his ‘catastrophic error of judgement’.

In a victim statement read to the court, the woman said: ‘I am struggling to cope with the guilt and shame that I am left feeling.’

As well as being dismissed, the soldier, who recently failed a drugs test, was handed a three year community order, with 240 days of unpaid work. He will be on the sex offender register for five years.

During the four day trial at Bulford Military Court, Wiltshire, a board heard the female soldier ‘drank so much she passed out on one of the beds’ at the party, before Spr Herrington was seen ‘cradling’ her and carrying her to his bedroom.

She claimed he gained pleasure out of her ‘struggling’, dragged her by the hair when she tried to escape, and pinned her down by his dressing gown belt in an attack so violent she said she thought he’d kill her.

She said she eventually managed to ‘wriggle away’, escape the room without any clothes on, and return to the party crying ‘I couldn’t stop him, I couldn’t move, I told him to stop’.

The female soldier, who can’t be named for legal reasons, described the alleged attack as ‘the most unconsensual experience of my life’.

Spr Herrington told the court sex that night had been consensual after the pair struck up a sexual relationship. 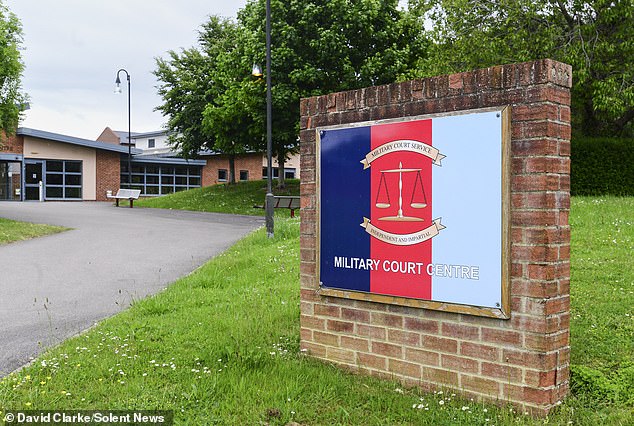 During the four day trial at Bulford Military Court, Wiltshire,  it was heard the female soldier ‘drank so much she passed out on one of the beds’ at a party before Spr Herrington was seen ‘cradling’ her and carrying her to his bedroom 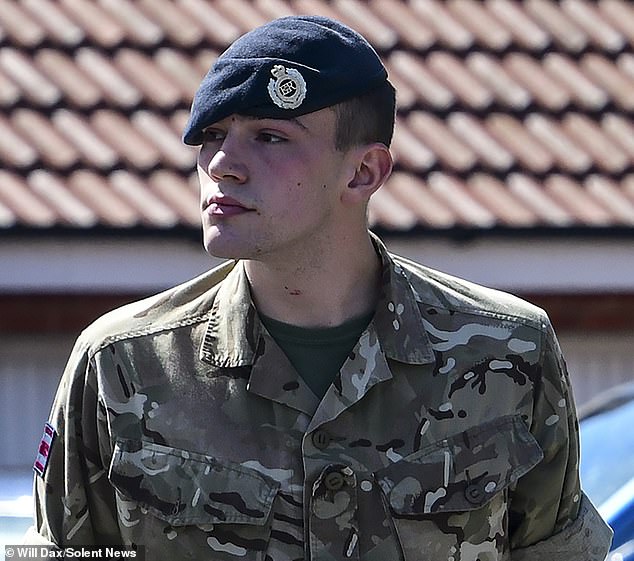 Herrington, who recently failed a drugs test, was handed a three year community order, with 240 days of unpaid work. He will be on the sex offender register for five years

He said: ‘We had spoken about interests and liked rough, kinky sex. She said she liked choking, hair pulling, the odd bit of spanking and being roughly handled.’

Spr Herrington said the woman was not drunk but ‘happy and giddy’ during their first sexual encounter that night.

‘I said “are you okay?” and she said “I’m fine”. I wanted to make sure she was responsive and that she was OK. I told her, “if you don’t want to do this just tell me to stop”.

‘We had spoken about how I tend to get a bit more rough when drinking and I didn’t know her pain threshold so I wanted to make sure she was okay.

‘She was enjoying it, she was moaning.’

Spr Herrington said suddenly the woman ‘jolted forward’, got up, and ran out of the room naked.

He told the hearing he was ‘completely stunned’ and ‘didn’t know what I had done wrong’.