Neighbours, Masterchef and 60 Minutes will air across the Pacific Islands to try and counter Chinese influence

A new initiative will deliver a raft of Australian television content to Pacific Island nations to counteract the rise of Chinese media influence in the region.

Papua New Guinea, Solomon Islands and Fiji will be given access to shows such as Neighbours, Masterchef, and Totally Wild as part of the PacificAus TV initiative.

‘Having the opportunity to watch the same stories on our screens will only deepen the connection with our Pacific family,’ Minister Payne said.

‘For decades, many Pacific countries have had access to Australian programmes and televised sporting matches and this initiative will expand those options.’

Other shows which are already set to feature include The Voice, 60 Minutes and House Rules.

It’s reported the new deal is a move by the Morrison Government to counteract a rise in Chinese influence and media in the region, The Sydney Morning Herald reported.

Chinese influence on media in Pacific Island countries such as the Solomon Islands has grown after those countries switched diplomatic allegiance from Taiwan to China.

Minister Pyne said the final details were also being ironed out for sporting broadcast deals which would allow for cricket, NRL and AFL to be aired in the Pacific nations.

Communications Minister Paul Fletcher said it was chance for local productions to grab a bigger audience.

‘Our close neighbours across the Pacific can now enjoy more Australian television content,’ he said. 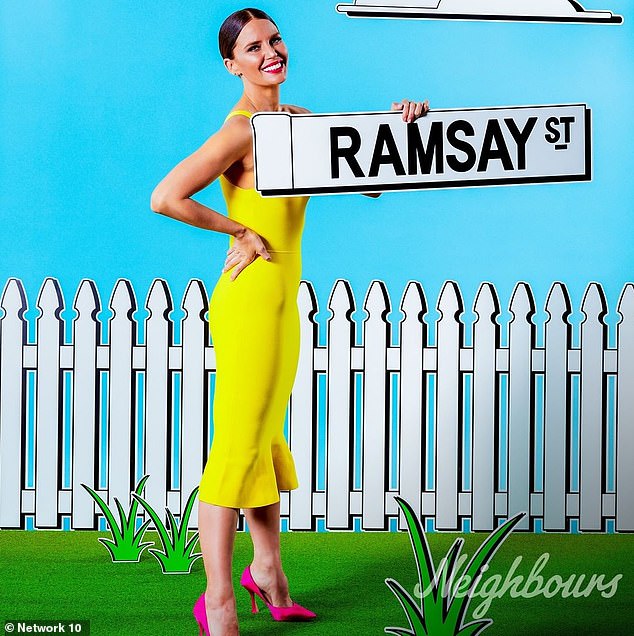 Iconic and long running Australia soap opera Neighbours (pictured) is also part of the range of Australian entertainment being aired for free in Fiji, Solomon Islands and Papua New Guinea

After Papua New Guinea, the Solomon Islands and Fiji are switched on the next phase of the PacificAus TV initiative will include Vanuatu, Kiribati, Tuvalu and Nauru.

The initiative will see 1,000 hours of Australian television content available to those Pacific nations each year for three years at a cost of $17.1million.

Content availability is based on consultation between Free TV Australia and Pacific broadcasters.

The Pacific Step-Up foreign policy is designed to ‘engage in a new level’ of engagement with Pacific Island nations.

‘Australia has long been the Pacific’s largest development partner, security partner and friend in time of need,’ Minister Payne said.

‘This is a solid foundation, but our conversations in the Pacific over the past several years have made it clear that we can and should all do more together to rise to the challenge and opportunities of our new Blue Pacific Continent.’