Somerset woman goes into labour despite not knowing she was pregnant

A woman on a romantic walk went into labour – despite not knowing she was pregnant.

Laura Webb, 31, and partner Scott Page, 35, were enjoyed a Sunday stroll along their favourite beach – completely unaware she had a baby on the way.

She began to complain of painful stomach cramps – not realising she had actually gone into labour.

Concerned Scott rushed his partner to A&E on Sunday night after they got home.

They were startled when a group of doctors and nurses lay Laura on a hospital bed and asked if she was ready to give birth.

Scott from Worcester, said: ‘We had no idea. One of the nurses told me afterwards that I looked like a rabbit caught in the headlights.

‘Laura had no cravings, no morning sickness, nothing like that. She started having some cramps and a bit of bleeding last Friday’

‘But we thought that was just her body kicking back into gear ahead of her next contraceptive injection, which was due at the start of May.’

Scott, who works for an electrical wholesaler, added: ‘Laura was absolutely fantastic, I’m so proud of her. 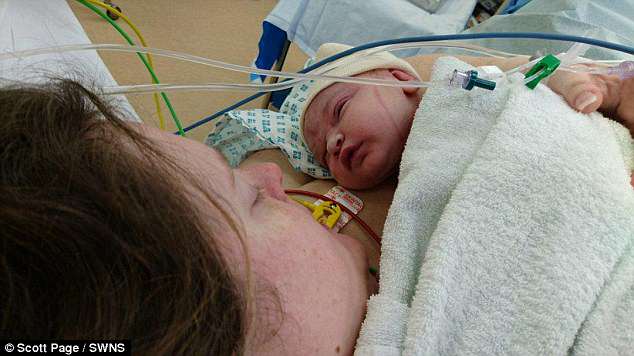 ‘She had no time to prepare or plan for this – so she just had to deal with it.’

Jacob, born at Worcestershire Royal Hospital, weighing 8lb 13oz, is ‘generally doing fine’, and should be discharged at the end of the week.

Scott and Laura, who have been together for ten years, had ventured out on Sunday to walk a favourite route of theirs along Brean beach towards Weston-super-Mare.

‘We usually start in Brean where we park at the amusement park just off the coastal road, then wander along the beach towards Brean Down, up near Weston-super-Mare. 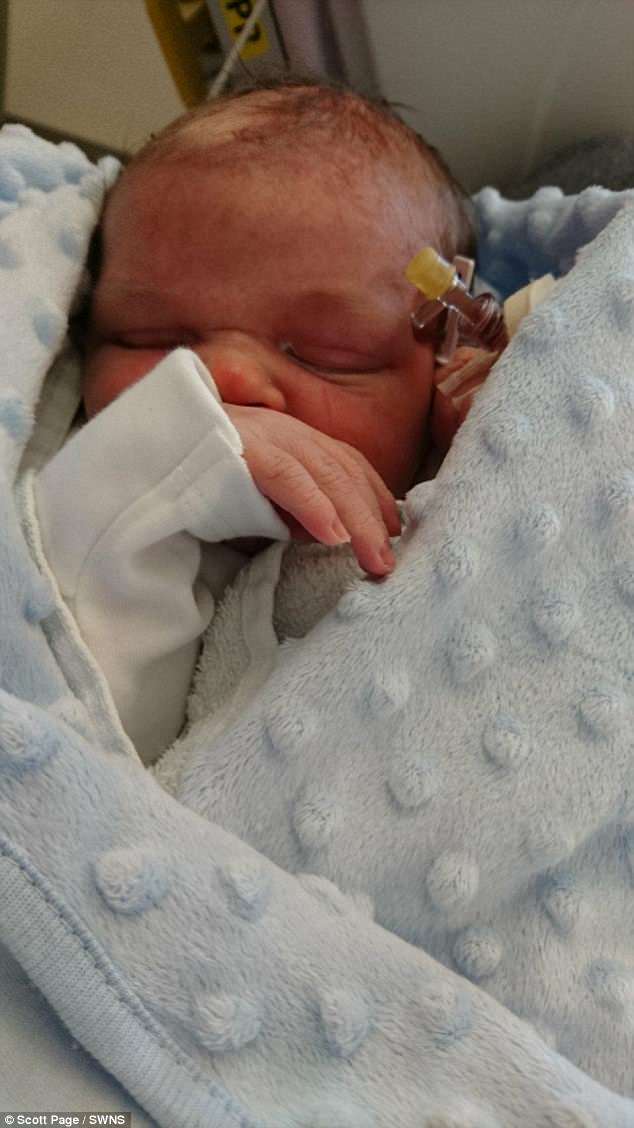 Jacob, born at Worcestershire Royal Hospital, weighing 8lb 13oz, is ‘generally doing fine’, and should be discharged at the end of the week

‘Then we turn around and hit the arcades.

‘April has been quite a busy month for us and this was the first weekend we had free, so we’d planned for about a week to go and do the walk that day.’

But Scott added: ‘Laura had started to have cramps and feel in quite a lot of pain since last Friday, so it ended up being quite a tame walk for us – just 15 minutes along the beach.’

He said that through Sunday evening Laura complained that the pain was not going away – and so the couple phoned Worcestershire Royal Hospital at around 11.30pm.

‘Laura told them how she’d been feeling, and they asked her if she was pregnant. She said, ‘Not as far as I’m aware’,’ said Scott. 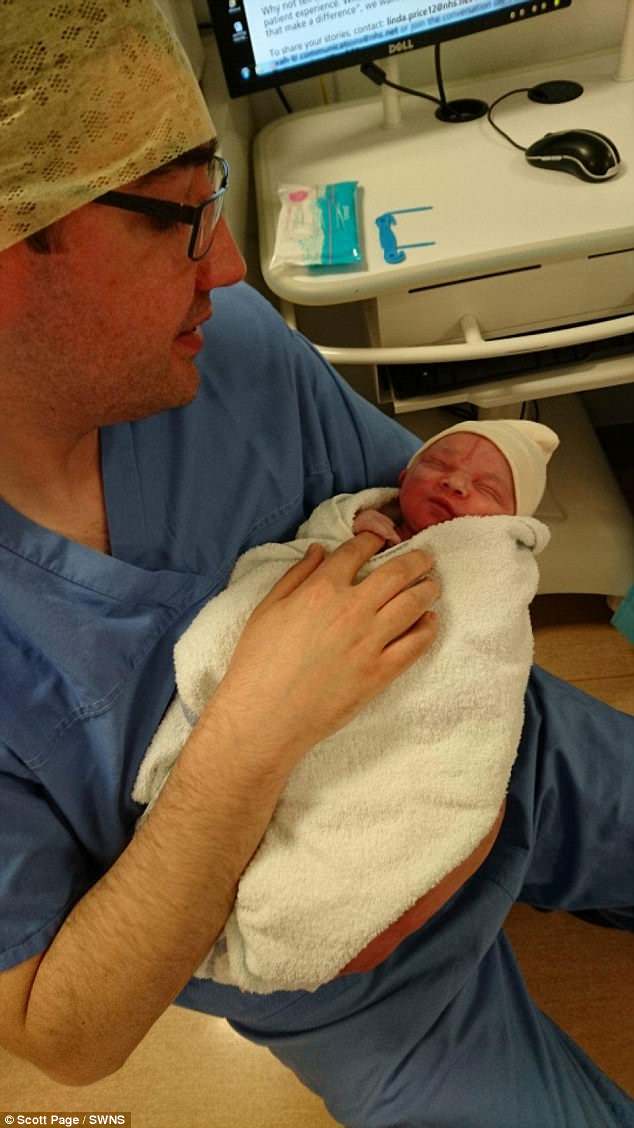 Proud father Scott Page with baby Jacob. His partner Laura did not know she was pregnant and the pair were shocked when doctors told her she was in labour

‘She’s been on the contraceptive injection for the past five years. She had her last one back in January and was due her next one at the start of May.’

He said that both he and Laura ‘carry a little bit of weight’ – but that there was no significant weight gain that indicated Laura’s pregnancy.

He said: ‘We’re both really conscious of our diet, and Laura does several classes a week, including Zumba and pilates. In January she even ran a 5k.

‘Her belly has stayed pretty much the same over the past month, with only a little bit of weight gain.

‘But they told us to bring her in to A&E, just in case. 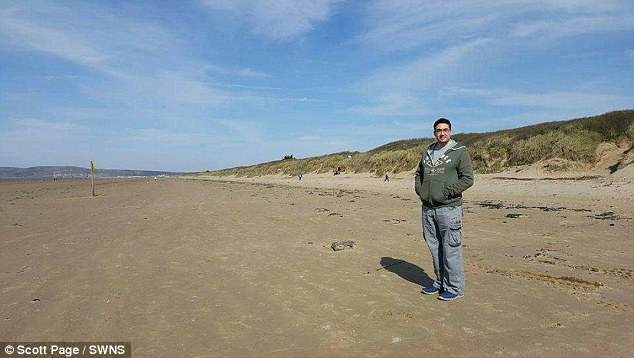 ‘When we got there, a whole gaggle of doctors and nurses came over and once they’d got her on a bed they said, ‘Are you ready to have your baby?”

Laura’s waters broke at 12.45am on Monday – just 45 minutes after she arrived at the hospital – and by 6.30am, baby Jacob had arrived.

Scott said: ‘He’s a big baby – born at 8lb 13oz – and Laura’s got quite a small frame, so they had to use forceps to help pull him out.

‘He’s also on a five-day course of antibiotics, because Laura didn’t get to have the pre-birth injection she should have had.

‘But he’s generally doing fine. He’s screaming the place down, but he should be home by the end of this week.’

And Scott has described his first few days of fatherhood as ‘absolutely fantastic’.

‘Given that there was no real build-up to it, holding him in my arms just feels really natural,’ he said.