Son, 32, is charged with murder after mother’s burned corpse was found decomposed in a closet

Pictured: ‘Drug addict’ son, 32, accused of stabbing to death his mother and burning her corpse that was found decomposed in a closet

A Brooklyn man was arraigned this morning on a murder charge after police performing a welfare check discovered the decomposed body of his mother, who had been stabbed to death and set on fire.

NYPD officers were summoned by the victim’s colleagues to her apartment in the 1100 block of Park Place in the Crown Heights neighborhood just before 3pm on Wednesday, after the woman failed to show up for work that morning.

The woman’s son, 32-year-old Jason Reeves, met the officers at the door of the unit.

Jason Reeves, 32, is pictured in Kings County Supreme Court during his arraignment Friday on charges of murder and concealing a human corpse in the death of his mother 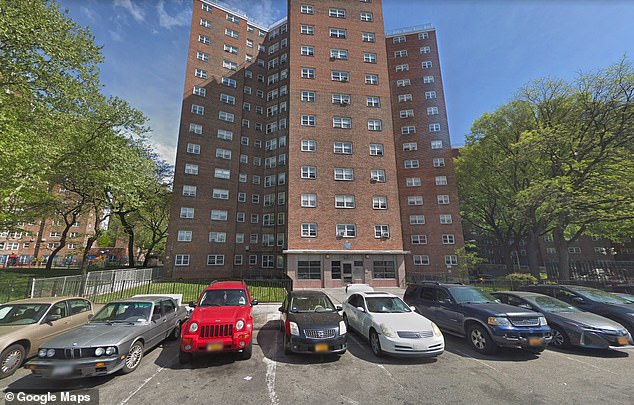 Police performing a welfare check made a grisly discovered inside the apartment of a 67-year-old woman on Park Place in Crown Heights, Brooklyn 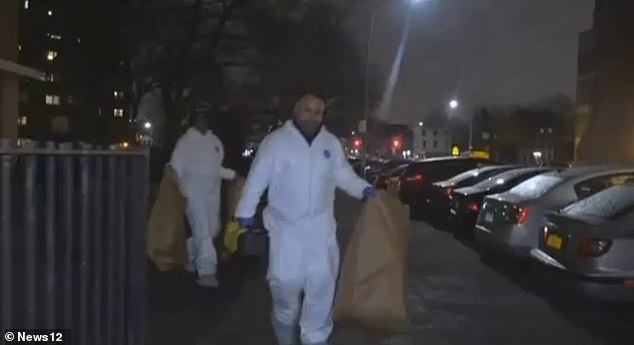 The woman had been stabbed to death in the chest and set on fire before police say her son, Jason Reeves, stuffed her body inside a closet

When asked about his mother’s whereabouts, Reeves reportedly replied that she ‘went out,’ reported NBC New York.

But police smelled a foul odor coming from inside the unit and executed a search, which led them to Reeves’ 67-year-old mother inside a bedroom closet. The woman was dead from multiple stab wounds to the chest and face.

Her partially clothed body had been torched and then left to rot, according to police. It is believed the woman had been dead for several days.

Reeves was then arrested on a charge of second-degree murder.

He was arraigned on Friday morning in Kings County Supreme Court on counts of murder and concealment of a human corpse.

The victim’s neighbors told News 12 Brooklyn that her son was emotionally disturbed and struggling with drug addiction.

One of the neighbors told the station that the 67-year-old woman once said, ‘My son is going to kill me.’

The victim has not been named as of Friday morning, but she was said to have worked at the nearby Middle School 394.