Ruben Jackson Jr., 27, has been charged with murdering his own father

A man has been charged with murdering his father after he was discovered covered by a blanket with gunshot wounds to the head, police in Baltimore say.

Ruben Jackson Jr., 27, confessed to killing Ruben Jackson Sr., 60, the police said, after they were called to the block on Halwyn Avenue at around 2pm on Sunday.

Reports indicated that Jackson Sr.’s wife discovered her husband in a pool of blood covered in blankets when she went into the basement to do laundry, WBAL reported.

‘He attempted to cover up his crime by dragging [his father] through the kitchen and down into the basement,’ charging documents obtained by the Baltimore Sun stated.

The police arrived at 5800 block of Halwyn Avenue to find Jackson Sr. unresponsive and suffering from several gunshot wounds to the head, the charging report said.

Jackson Jr. was also reportedly found with a bullet in his jacket pocket. 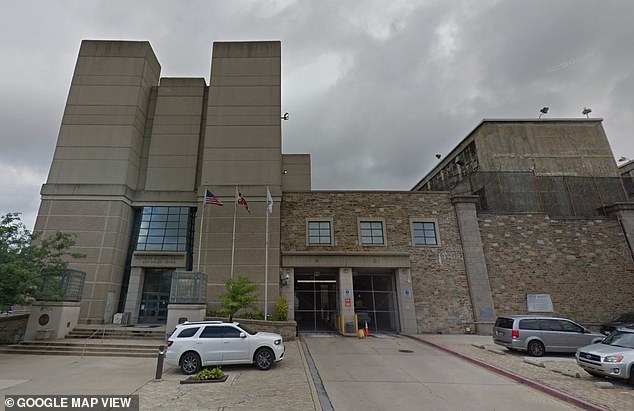 Witnesses told police they heard a family argument the day before the killing.

‘Some people had reported hearing some sort of argument the evening before. And during the course of the investigation, we talked to the suspect in this case, who admitted to killing the victim,’ Detective Jeremy Silbert told Fox.