Shortly before 4am on Sunday morning, the South Korean nation will rise from their slumber, dust the sleep from their eyes and tune their television sets.

Yet for the country’s most treasured sporting superstar, the people of South Korea will not be deterred. The Champions League final between Tottenham and Liverpool is an all-English game with a global reach and nobody epitomises the breadth of interest quite like Son Heung-min.

Robbie Kruse, a former team-mate of Son’s at Bayer Leverkusen, remembers how over 30,000 supporters descended upon a shopping mall in Seoul for a glimpse of Son during a pre-season tour. ‘It was like being with a rock star,’ Kruse said. 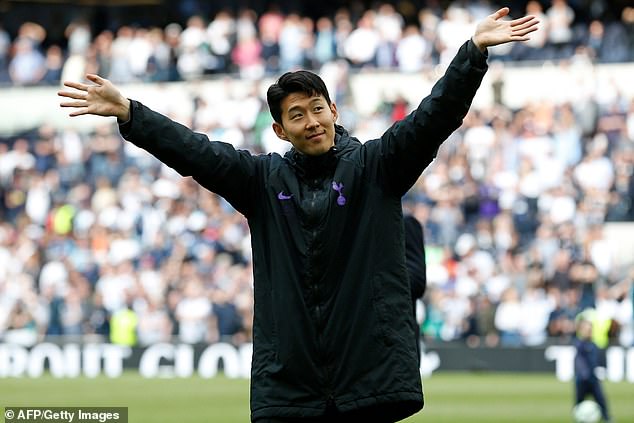 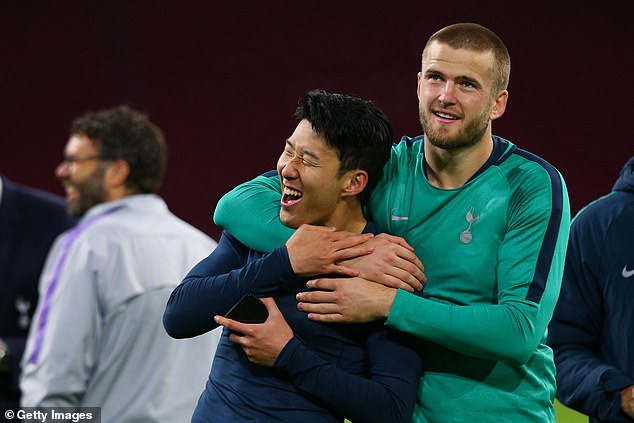 He has 2.6million Instagram followers, and adopts a Hollywood appearance when back home

Son is, increasingly, the most recognisable sporting face not just of South Korea but for the whole of the Far East. By modern-day metrics, he is the most popular, with 2.6million Instagram followers compared to 900,000 for the two-time Grand Slam winner Naomi Osaka. In a poll to be the next cover star of the PlayStation game FIFA, Son is tied on 17% of the vote with Cristiano Ronaldo and Lionel Messi.

When he does return home, he adopts a Hollywood appearance, with sunglasses and a baseball cap. The reasoning, he says, is to avoid fans becoming injured in the mob scenes that ensue. On Saturday evening in Madrid, he will break new ground as only the second South Korean to play in a Champions League final. His fans back home are by now well-accustomed to the time difference, watching most Premier League games at midnight. On the field, he is the club’s player of the year, scored 20 goals and, crucially, struck three over two legs against Manchester City in the quarter-final of the Champions League. 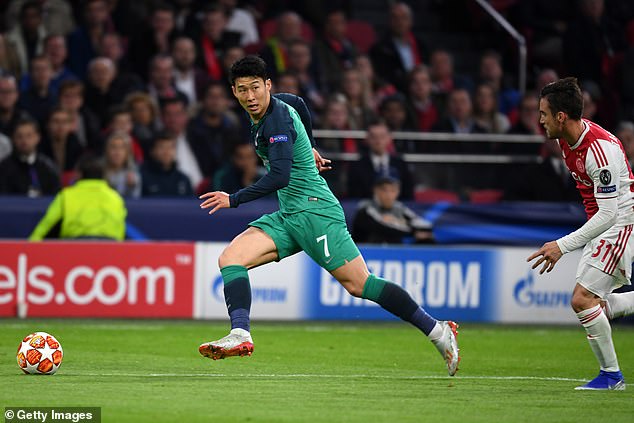 It is one of the quirks of following Tottenham that Son is the player who receives most attention. There is always a posse of Korean fans waiting for selfies and autographs outside the club’s Enfield training complex and when the team filter out of stadiums, both at home and away. He is worshipped, too, for his human touch, donating £100,000 to help the victims of wildfires in his country this year.

Son raises a smile. ‘Everyone is going to watch the game so I’m really really excited to play. South Korean people are very happy and excited. I’m playing in the Champions League final! They realise this and it’s really special. It’s a late kick-off time, or rather an early time in the morning back at home.

‘It’s not that easy. I did it a few times when I was a child. But it’s not that easy. You go to sleep early and you wake up at four o’clock or whatever. Some people have to go to work. That’s why I always give 100 per cent.’ 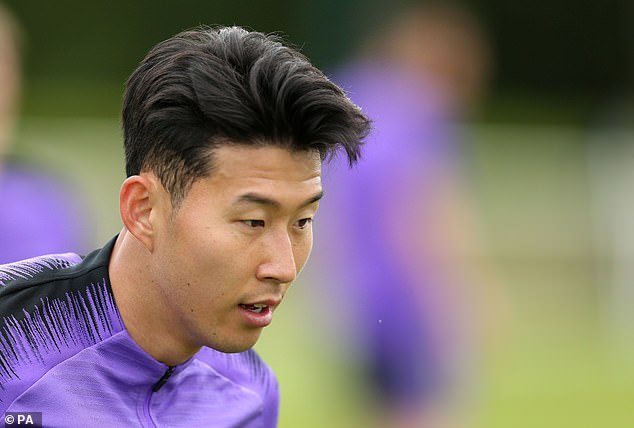 As a child growing up on the outskirts of Seoul, Son was part of a generation captivated by the home World Cup in 2002 and he watched on with awe as Park Ji-Sung became the first Asian player to reach four Champions League semi-finals and two finals during a European career with PSV Eindhoven and then Manchester United. Son, like many of his compatriots, rose early for the 2008 final in Moscow, when United defeated Chelsea on penalties – only to be disappointed when their hero was not included in the matchday squad. It led some on internet message-boards to proclaim they would not be watching the sport again.

A year later, however, Park started in the final defeat against Barcelona. Son says: ‘This was so big in South Korea because he was the first [Asian] player to do it. I was doing it as a football fan. Of course I was dreaming about doing the same.

‘Park was unbelievable. I respect him. I respect the players who started playing in Europe because they opened the door and gave us the opportunity to play in Europe. This was what I wanted to do. And now I want to give a good image of south Korean players and open the door even wider than it was a few years ago. Of course it’s not that easy. I try to be like Park.’

In the Spanish capital this weekend, Son will join his idol in a very exclusive club.