Son Heung-min poses for Calvin Klein, with Tottenham star face of campaign in his South Korea

PICTURED: Son Heung-min poses for Calvin Klein, with Tottenham’s South Korean star now the face of their latest campaign in his home country

Tottenham’s Son Heung-min is the latest football star to have bagged a deal with Calvin Klein after becoming the face of the company in his native South Korea.

Son, who fired home a hat-trick in his last outing for Tottenham after a difficult start to the season, was recently unveiled as a Calvin Klein band ambassador while posing in their underwear range.

The 30-year-old will be representing the fashion label in South Korea, a role he is delighted to have landed.

‘Calvin Klein products have had a special place in my wardrobe for years, so our partnership is a natural fit,’ he said in a statement.

‘Like so many people around the world, I am constantly inspired by the brand’s iconic campaigns, so to be the face of one is both exciting and surreal.’

By striking a deal with Calvin Klein, Son is following in the footsteps of the likes of David Beckham and Freddie Ljungberg, who also modelled for the company during their playing careers.

The South Korea captain’s form did look pants early on this season, but he returned to his best in Tottenham’s 6-2 win over Leicester before the international break.

After going eight games without a goal this season, he came off the bench with half-hour to play and struck a devastating hat-trick in the space of 13 minutes. 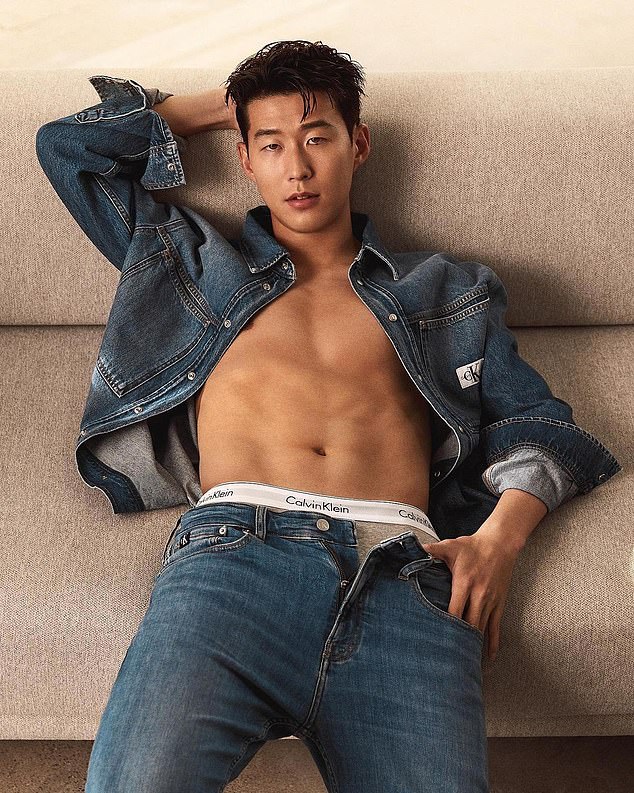 The Spurs star, pictured modelling their underwear, is now an ambassador for the company 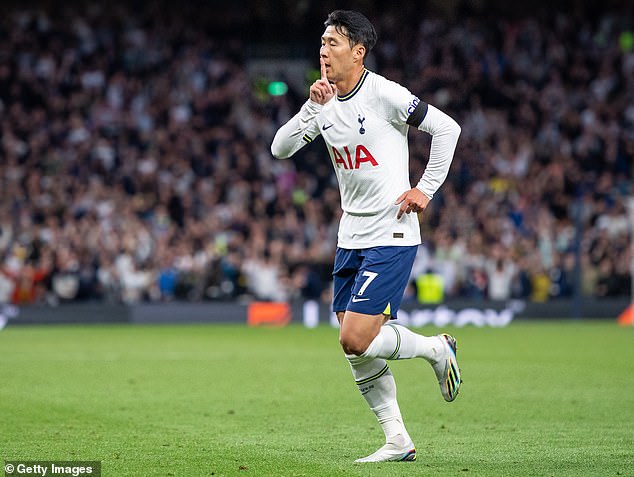 Son’s quickfire treble made him the first ever Spurs player to score a hat-trick off the bench in the Premier League, and the first in the top flight since 2015.

‘To have a player of this level on the bench it means in one moment I can change the game. This is the right path for us,’ manager Antonio Conte said after the game.

Today the rotation was for Son, but in the next round when we have 12 games in a row, other players will be involved.’

Son is currently away on international duty with South Korea, scoring in their 2-2 friendly draw against Costa Rica on Friday.