The ‘paranoid, jealous and controlling’ son of a billionaire art dealer has today been spared jail after twice leaving his young girlfriend battered and bruised in attacks at his luxury home.

Joseph Nahmad, 31, who owns a Mayfair art gallery, carried out the attacks on October 27, last year and March 8, this year, at his home in The Knightsbridge Apartments building, west London.

A court heard how he slapped and kicked 20 year-old Georgia Barry – even repeatedly banging her head against a wall during the drunken attacks.

At Southwark Crown Court he was sentenced to 14 weeks imprisonment, suspended for 18 months and must attend twenty days of rehab. 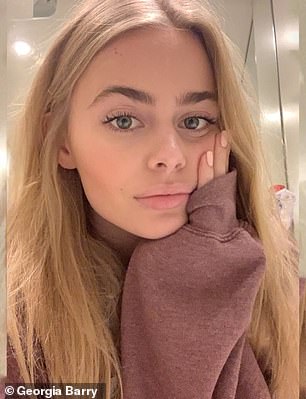 Judge Jeffrey Pegden QC told him: ‘There are mitigating factors. You are of good character and have taken steps to address your offending behaviour, steps that you started before you were arrested.

‘You have found yourself a counsellor that you have been going to twice a week and I take into account your lack of maturity that the psychiatrist refers to and the extensive character references I have seen.’

He is the latest generation of a powerhouse art-dealing family, who made billions in impressionist and modern art.

Prosecutor Mr. John Fairhead told the court today: ‘They began a relationship in May, 2018 and after three months she moved into his flat in Knightsbridge.

‘She describes the defendant as paranoid, jealous and controlling and would constantly go through her phone to see who she was talking to and messaging and there were arguments and assaults.’

The couple had been out with friends on October 27, last year. ‘She says he was very drunk and she was drunk and he became paranoid and started asking questions,’ Mr Fairhead continued.

‘She did not want an argument and asked to go home and when she went to sleep he started demanding to know why a male friend was calling her and demanded she unlock her phone.

‘He pulled her by her t-shirt, grabbed her arms and threw her around the room and this continued in the bathroom as he demanded she unlock her phone. 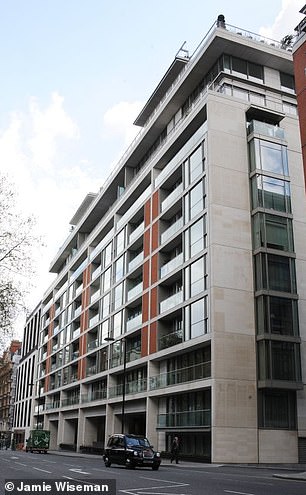 ‘He put both his hands around her throat and Ms Barry says: “It was really hurting and I couldn’t breathe.”

‘He apologised when she unlocked the phone and said: “Let’s go to sleep,” and once he fell asleep she went home to her parents,’ added Mr. Fairhead.

‘They saw her in floods of tears and distressed and saw substantial bruises to her arms and neck.’

Georgia did not report Nahmad to police and the couple were back together on March 8 when they went for dinner with friends at a restaurant opposite his flat.

‘She had her phone on the table and was receiving messages from friends and the defendant started getting paranoid and started interrogating her back at the flat.

‘He seized the phone and ran into the bathroom and locked the door and she could hear him crying and wailing as he’d found out she kissed another man when they were not together.

‘He came out asking questions and when she tried to take her phone back he grabbed her and slapped her face twice and held her down on the floor, kicking her legs.

‘He got in front of her to stop her leaving and pulled her into the kitchen and said he would not hit her if she answered questions.

‘However, he slapped her twice in the face hard and took an energy drink from the fridge and sprayed it in her face and poured it over her head and back.

‘She tried to leave, but slipped on the wet floor and he kicked her four times on the legs and Ms Barry says he picked up a knife and asked: ‘Are you going to say sorry?’

‘She says he then put it down,’ added Mr. Fairhead. Nahmad has always denied picking up a knife during the row.

‘He then grabbed her under the chin, slapped her face and banged her head against the wall.

‘She ran out of the flat and got a taxi home and her parents saw her injuries and her distress.

‘She had bruising to both legs and all over her arms. Two bruises on her chin, one to her eye and a scratch on the side of her face and neck that she said was really sore.

‘She is of very slight frame the Crown would say.’ 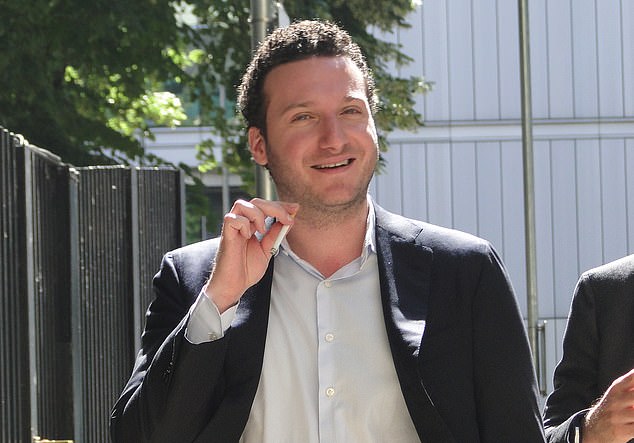 Nahmed (pictured leaving Southwark Crown Court at an earlier hearing) is the latest generation of a powerhouse art-dealing family, who made billions in impressionist and modern art. He owns Mayfair’s Nahmad Projects gallery in Cork Street

Ms Barry told police: ‘The incidents made me feel betrayed and confused. I don’t understand how someone can do this and I am humiliated with someone who treats me this way.

‘He has insulted my looks and degraded me during these incidents and did it throughout the relationship.’

The court heard Nahmad received a police caution for common assault against another girlfriend in June, 2010.

The CPS decided not to pursue the charge and Nahmad’s QC William Clegg said: ‘There was an incident in a nightclub where a scratch and bruise were sustained. Very minor injuries.’

During his probation interview Nahmad admitted using cocaine once or twice a month, but could not recall if he was under the influence of the drug during the assaults.

‘They both took what are known recreational drugs, but are illicit drugs,’ added Mr. Clegg.

A psychiatrist told the court Nahmad sought counselling before the first assault, describing him as immature in dealing with adult relationships and lacking the development to cope emotionally.

He described Nahmad as having a difficult childhood due to shyness and bullying at school, adding his jealousy stems from insecurity and is worsened by alcohol.

Mr. Fairhead said the energy drink incident was an aggravating factor. ‘The prosecution say that was gratuitous degradation of the victim.’

Judge Pegden told Nahmad: ‘When you were in drink and a state of paranoia and jealousy you assaulted this twenty year-old woman on two occasions.

‘At work and other areas of your life you are an entirely different person.’

Nahmad was also made subject to an indefinite restraining order, prohibiting contact with Ms Barry and was ordered to pay her £750 compensation and £1500 costs.

‘That order for compensation is the best estimate I can make for the extensive bruising and emotional turmoil she has suffered,’ added the judge.