How songbirds produce their beautiful melodies: Avians can control SINGLE vocal muscle fibres, providing them with incredible fine control of their tunes

Their beautiful melodies provide the perfect early morning wake-up call, but just how do songbirds do it?

It turns out their secret is being able to control single vocal muscle fibres, researchers in Denmark have found, providing them with incredible fine control of their tunes.

Such control is important because females detect these small changes and use it to decide whether they are attracted to a male or not.

Melodies: Songbirds such as the zebra finch (pictured) can control single vocal muscle fibres, researchers in Denmark have found, providing them with incredible fine control of their tunes

TOP 10 MOST SPOTTED SONGBIRDS IN THE UK

Songbirds produce their sounds using a special vocal organ unique to birds called the syrinx. It is surrounded by muscles that contract with superfast speed about 100 times faster than human leg muscles.

‘We found that songbirds have incredible fine control of their song, including frequency control below one Hertz’, said Iris Adam, lead author of the study and assistant professor at the University of Southern Denmark.

A motor unit is the fundamental contraction unit of muscle and consists of a motor neuron and the number of muscle fibres it connects to and activates.

Combining tissue preparations to count muscle and nerve fibres and mathematical models the researchers could show that a large portion of the motor units must be very small and even as small as a single muscle fibre.

‘Motor units vary in size from several hundreds or thousands of muscle fibres in our leg muscles down to only 5-10 in the muscles controlling eye position and the muscles in the larynx,’ said Dr Coen Elemans, senior author on the study and head of the Sound Communication and Behaviour group at the University of Southern Denmark.

‘In zebra finch song muscles our models predicted that 13-17 per cent of the motor neurons innervates a single muscle fibre.’ 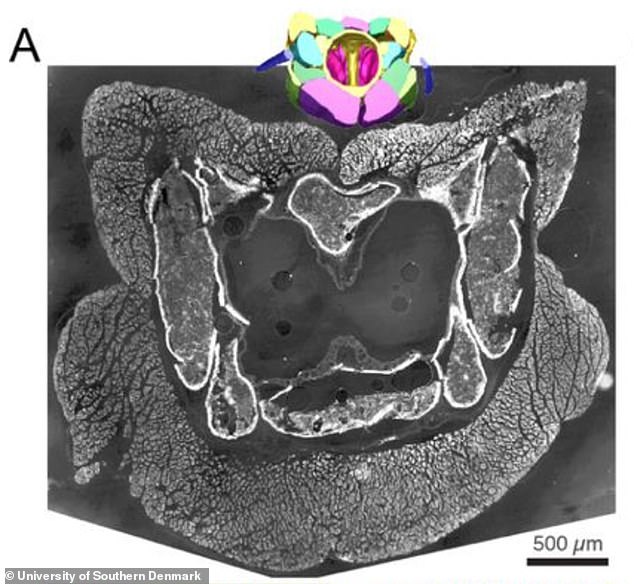 To understand the effect such small motor units have on song researchers also measured the amount of stress the muscles can make and how such stress changes the frequency of the sound.

‘We discovered that songbird vocal muscles have the lowest stress measured in any vertebrate,’ Adam added.

‘They are among the fastest muscles known, and now we show that they are also the weakest with the highest level of control possible.’

Songbirds evolved about 40 million years ago and quickly diversified into the group of birds we know today. Song is crucial for females to find and judge males and can even drive the creation of new and distinct species.

However, just like humans, songbirds need to learn their song from a tutor by imitation, researchers found.

‘We think that next to a special syrinx and their amazing ability to imitate sounds, the fine gradation of the song features such as pitch has increased the amount of different sounds a bird can make,’ Adam said.

In April this year the RSPB warned that nearly 80 per cent of Britain’s most popular songbirds are in decline.

The world’s biggest wildlife survey, Big Garden Birdwatch, found that 16 out of the 20 most spotted garden birds faced a decline in numbers on the previous year.

More species currently face decline than in 2020, when half the birds in the top 20 saw falling numbers, the conservation charity said.

Over a million wildlife enthusiasts counted 17 million birds in their garden in one hour on the last weekend in January – double the number of people who took part in the charity’s enormous birdwatch the previous year.

The study found that the house sparrow remained number one, but 16 out of the top 20 bird species showed declines in average counts on last year.

Thrushes have declined by a startling 78 per cent over the last four decades, despite a marginal rise this year.

Just robins, blackbirds, carrion crows and the song thrush saw an increase on 2020, with loss of habitat and food the reason most bird species have seen their numbers fall since the birdwatch began 42 years ago.

BIRDS USE SONG TO COMMUNICATE WITH OTHER BIRDS

Birds use their voices to communicate with other birds.

Sharp tunes are an efficient way to communicate over long distance, especially when you are small and live in dense habitats like rain forests.

Most bird species use specific calls to identify themselves and to communicate a nearby threat.

Birdsong is a specialised type of call used by many species to help them mate.

Almost exclusively a male activity, birdsong helps the singer to indicate he is fit, healthy and ready to breed.