Sophie Monk and her fiancé Joshua Gross are currently based in Byron Bay while she hosts the new season of Love Island Australia.

And over the weekend, the happy couple were spotted grabbing a drink and some takeout together during a break from filming.

Sophie, 41, put her ample cleavage on display in a flirty floral dress as the pair stopped by a local pub.

Say cheese! Love Island Australia host Sophie Monk and her fiancé Joshua Gross took selfies as they stopped by a pub in Byron Bay over the weekend

The boozy blonde, who kept things casual in a pair of thongs, quenched her thirst with a large glass of champagne as she waited for her food.

Josh, who looked relaxed in a pair of white pants and a blue shirt, had a glass of beer.

At one point, Sophie posed with her beverage as Josh snapped some photos on his iPhone for Instagram. 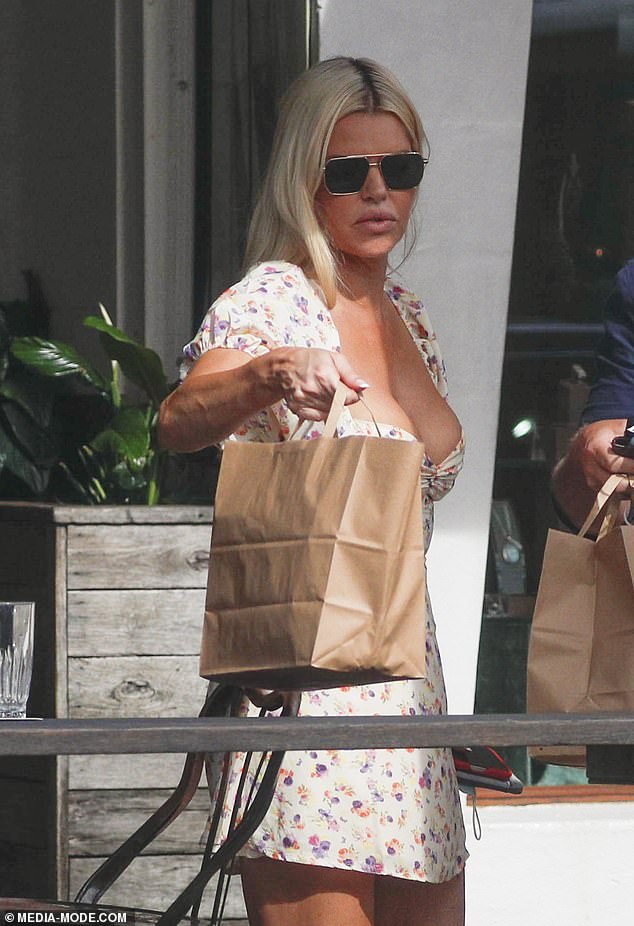 Time to go? The happy couple grabbed a drink and some takeout during a break from filming 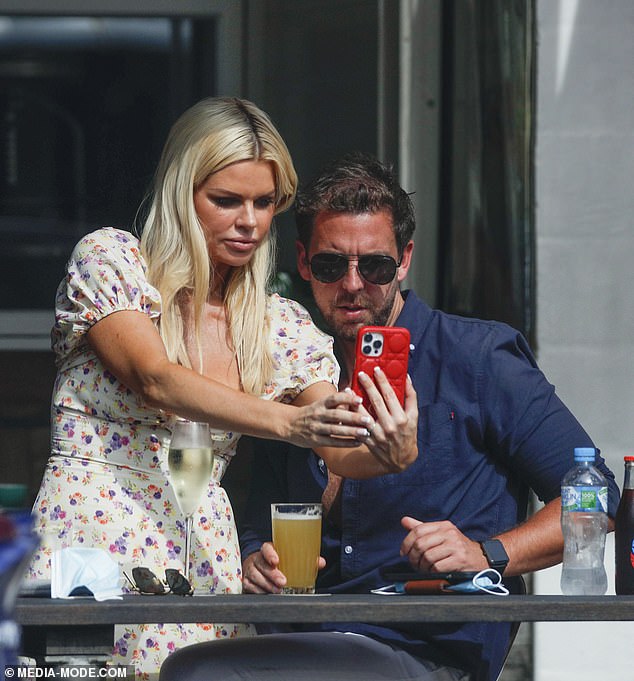 Blue steel: They tried a few different facial expressions for the selfies 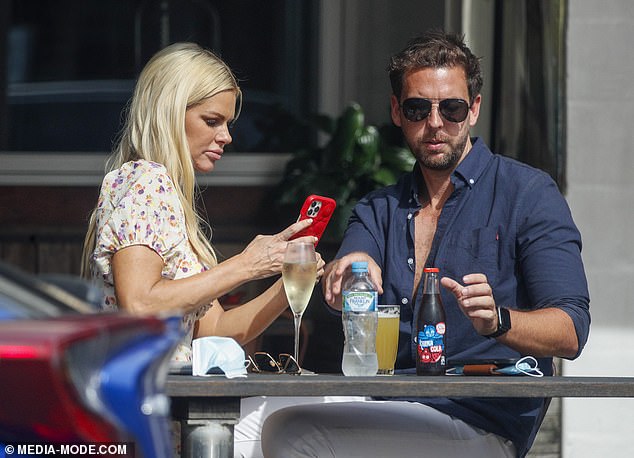 Got everything? Sophie scrolled through her iPhone to check the photos they’d just taken

Sophie announced her engagement to the neurosurgical robotics consultant in January.

And the 41-year-old blonde bombshell has now opened up about their wedding plans in an interview with Daily Mail Australia.

Sophie said that she and Josh plan to have a low-key and intimate wedding with just the two of them, before celebrating later on with family and friends.

‘We are going to do it low key,’ Sophie began.

‘At this stage [it’s] just him and I, and then we will invite everyone over for a big party when we can.’ 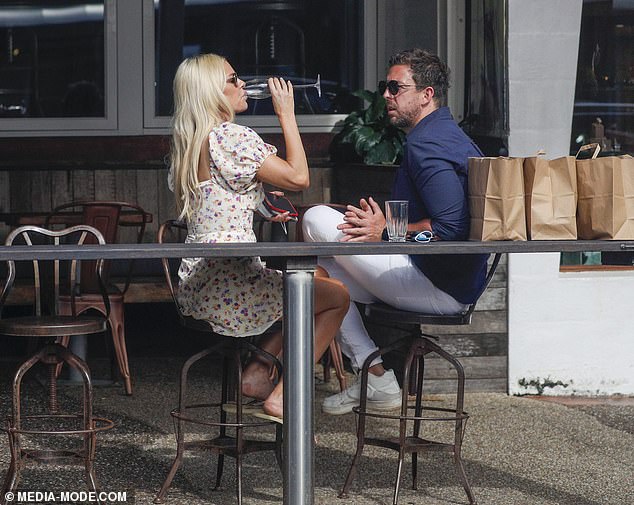 Bottoms up! The 41-year-old songstress threw back a glass of champagne 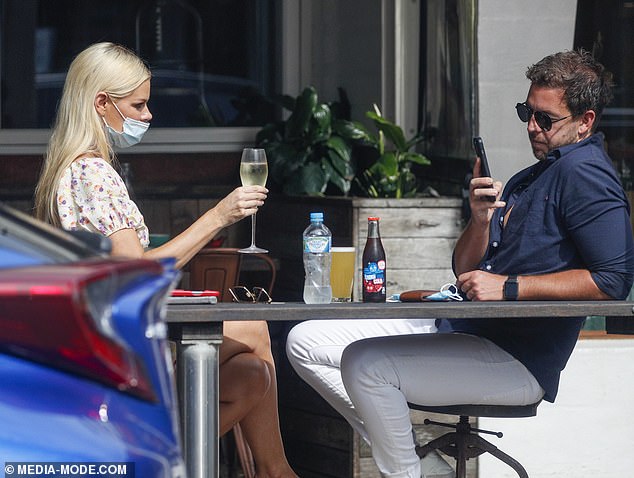 Mask on, mask off! For one photo, Sophie placed her medical mask across her mouth 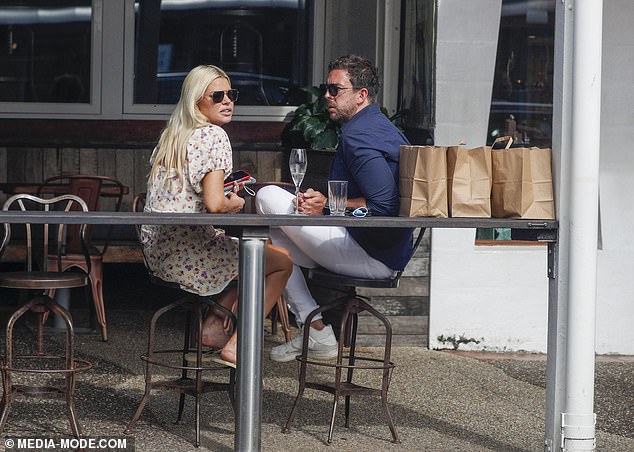 Casual: Sophie wore a flirty floral frock while Josh was dressed in white pants and a blue shirt

The couple announced their engagement in January, with Joshua presenting Sophie with a stunning diamond ring.

At the time, she wrote on Instagram: ‘Joshua and I are so happy.

‘Joshua designed a very personal ring with my favourite Aussie designer Luke Rose Jewellery and I LOVE IT.’

Joshua actually proposed on Christmas Day last year, a spokesperson for Sophie later confirmed, but they waited until January to announce their happy news. 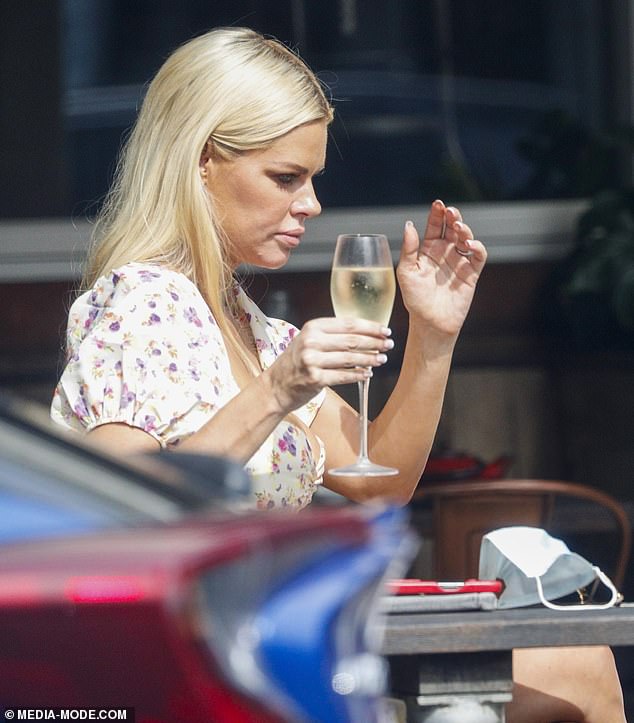 Thirsty? Sophie held up a large glass of champagne, which was filled almost to the brim 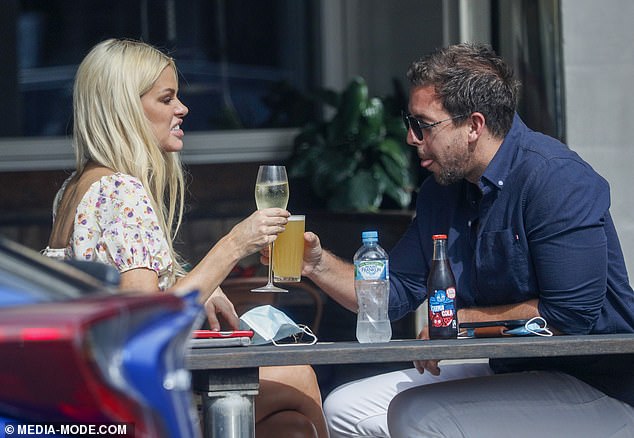 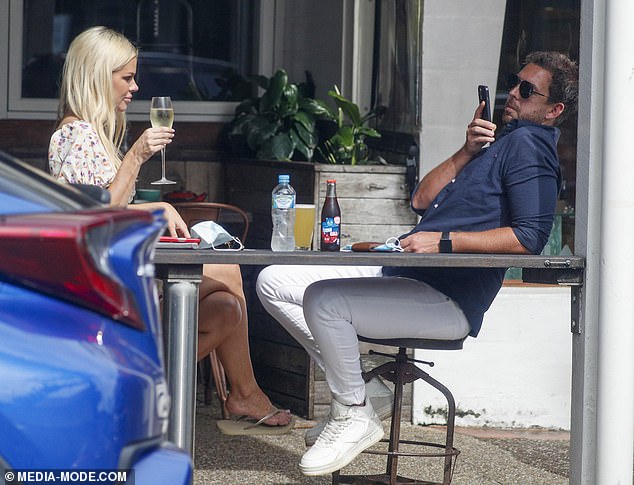 Lean back! Josh leaned back to try and get the perfect shot of a smiling Sophie

The pair first met on a business class flight back in 2018.

Sophie also spoke to Daily Mail Australia about the latest season of Love Island Australia, saying it’s the best yet.

‘They are another level,’ she said of the contestants.

‘I think also because the cast were quarantined before they came in and because of the pandemic they haven’t socialised the past year and a half, they are ready to have fun and fall in love. 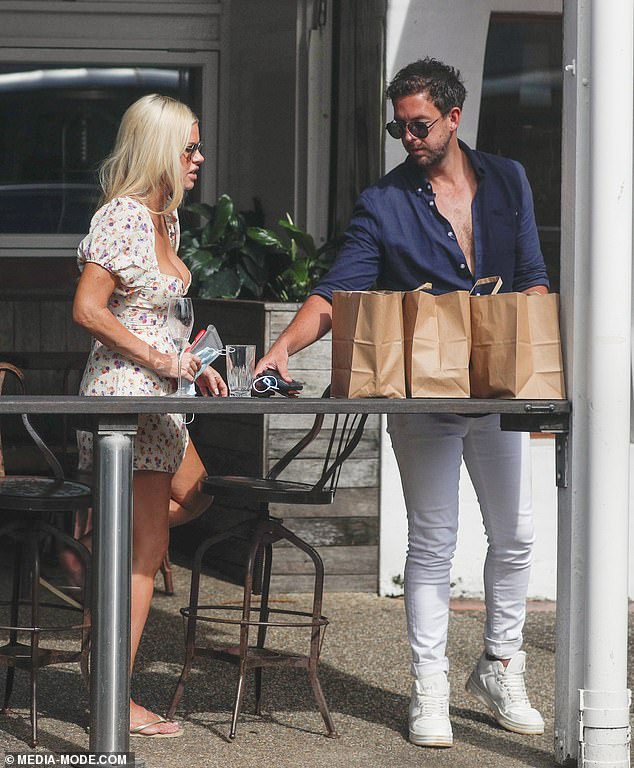 Don’t forget anything! Josh reached for his phone and other items before they left

‘The chemistry seems to be heating up quicker than I’ve seen before.’

Sophie also reflected on her successful career, having first rose to fame in the girl group Bardot before moving to Hollywood and now hosting Love Island Australia.

Despite her success, Sophie was ever so humble as she quipped: ‘Because I’ve been doing it for 21 years I forget about half the things I’ve done. I dabble in everything, acting, modelling and music because I’m kind of average with all of them.

‘But I’m lucky to be in a very fun industry.’ 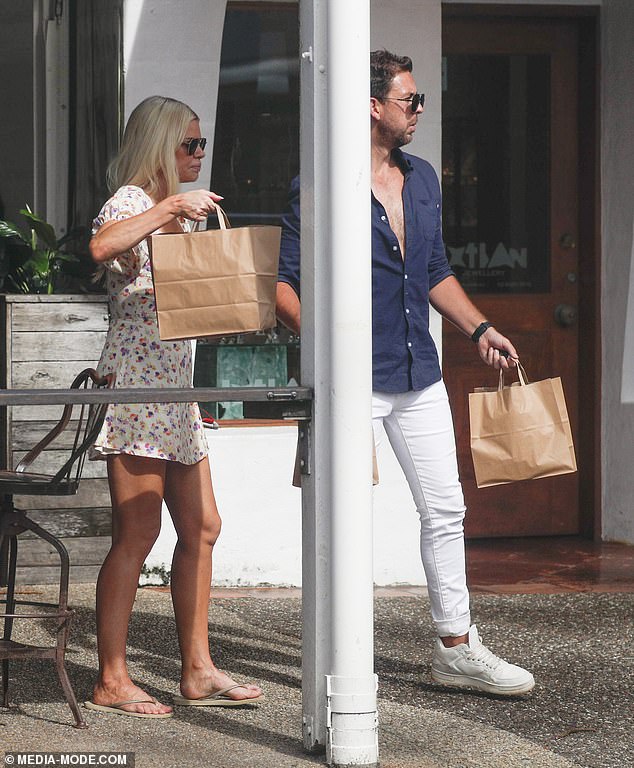 Loved up: The couple announced their engagement in January, with Joshua presenting Sophie with a stunning diamond ring