REVEALED: South Africa have approached the ECB about using ‘bio-secure’ English venues for their series against the West Indies

South Africa have approached the ECB about using ‘biosecure’ English venues for matches against West Indies, who are due to arrive in this country next month ahead of a Test series against England.

With administrators around the world scrambling to fulfil fixtures amid the pandemic, Sportsmail understands that Cricket South Africa enquired about the possibility of sending a quarantined squad to the UK, where they would then be ready to play once the England-West Indies series was over.

The ECB already have their hands full as they try to salvage their men’s international summer schedule, which also comprises a Test series against Pakistan, as well as white-ball games against Ireland and – depending on the coronavirus – Australia.

For that reason, South Africa’s suggestion may amount to little, but their board’s willingness to explore the idea reflects growing concern among cricket administrators about the damage being done to the game’s finances by the worldwide lockdown.

All options remain on the table, and CSA chief executive Jacques Faul made a point of thanking his ECB counterpart Tom Harrison for ‘sharing information’, adding: ‘We are learning from their attempts to establish [biosecure] protocols.’

Director of cricket Graeme Smith said: ‘We’re trying to find opportunities post West Indies’ tour to England to see how we can fit that series in, whether it is a neutral ground or wherever we are permitted to play.’

Meanwhile, England’s own white-ball tour of South Africa could be brought forward from next March to this December in a bid to ease fixture congestion in early 2021.

It is understood the move was already being discussed before the virus took hold, with the ECB concerned that their star players would go from a five-Test series in India to six white-ball matches in South Africa, then straight to the IPL. Plans to reschedule England’s two Tests in Sri Lanka, postponed earlier this year, for January 2021 have added to concerns about player burnout.

The IPL could yet swap places with the T20 World Cup, which is scheduled to start in Australia in mid-October. But that would still leave time for England to play three one-day and three T20 internationals in South Africa, get home in time for Christmas, and recharge batteries for the trip to Sri Lanka. 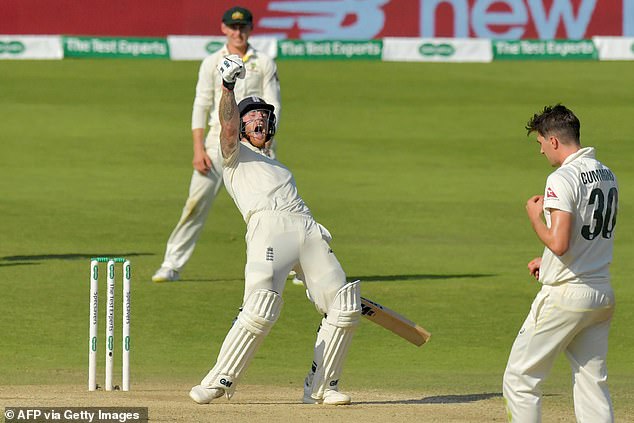