De Klerk, who is known by his initials FW and turned 85 on Thursday, is suffering from mesothelioma, a cancer which affects the lining of the lungs.

The FW de Klerk foundation said there is no ‘immediate threat’ to his health and they are hopeful that treatment will be a success.

Frederik Willem de Klerk, South Africa’s last white president and who oversaw the end of apartheid, has been diagnosed with cancer a day after his 85th birthday

De Klerk was the one who ordered that Nelson Mandela be released from prison in 1990 and oversaw the end of the apartheid regime in South Africa.

He and Mandela negotiated a transition to democracy, culminating in the 1994 election which swept Mandela’s African National Congress party to power.

In 1993, De Klerk and Mandela were jointly awarded the Nobel Peace Prize for their roles in the transition.

But De Klerk’s role in the process is still highly contested even two decades later, and his nomination for the prize remains contentious.

He retired from active politics in September 1997. 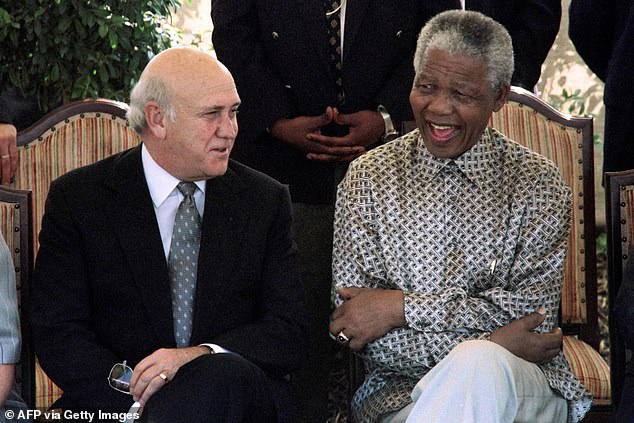