Man, 30, discovers intense back pain is actually stage-four CANCER after stunned doctors initially dismissed it as a muscle strain because he was young and healthy

A young man is fighting for his life after back pain he ignored and tried to push through turned out to be stage-four skin cancer.

Kyle Walker, 30, was delivered the heartbreaking news after weeks of tests and speculation from Brisbane doctors who initially dismissed it as a muscle strain.

He had just moved back to Australia from South Africa and found work when his life was turned upside down.

Kyle Walker, 30, was delivered the heartbreaking news after weeks of tests and speculation from Brisbane doctors who initially dismissed it as a severe muscle strain 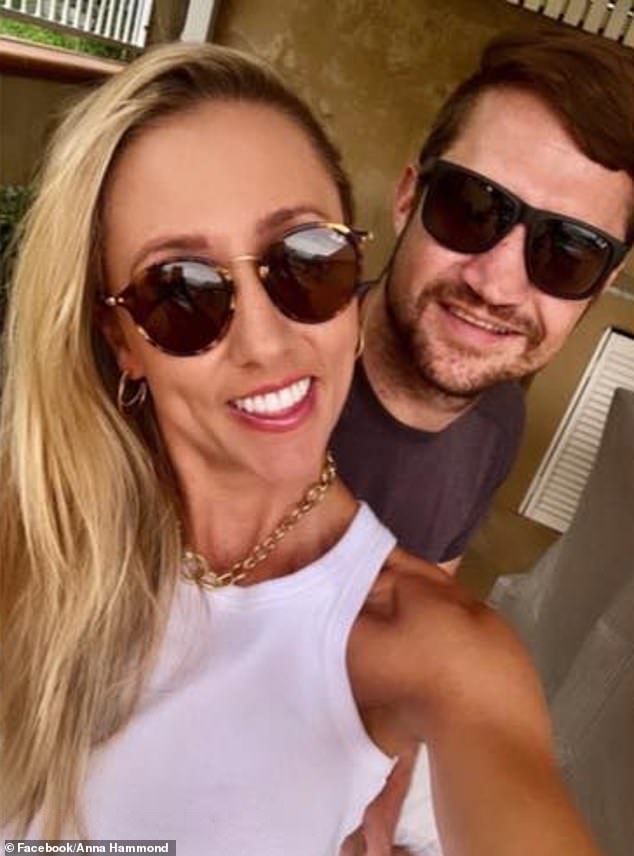 ‘You feel devastated, scared, angry and helpless, all in a flood of emotions,’ he told  7 News.

Mr Walker admitted when he first felt the pain he thought it was something he could easily treat with over the counter pain killers.

Though after eight days the pain became unbearable and he drove himself to hospital to get checked out.

Doctors gave him a muscle relaxant injection before sending him on his way and advising him to see a GP to get an MRI.

The scan indicated he may have a spinal infection and his doctor ordered more tests.

Each new test that was ordered led closer to the unexpected discovery of melanoma.

‘From the ultrasound of my liver they identified three lesions and then informed me that cancer was now a major concern,’ he said.

‘I then went for a liver biopsy that week and it was determined one of the tumours on my liver was melanoma.’ 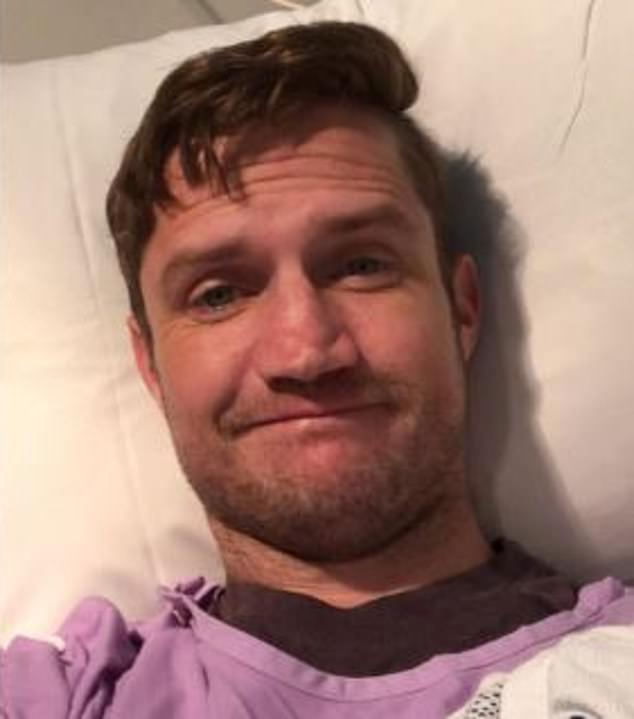 Mr Walker, 30, was deemed by doctors as ‘low risk’ for cancer given his young age and good health 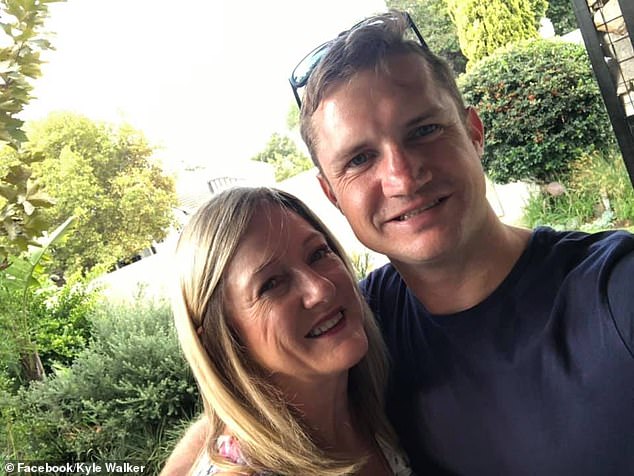 Mr Walker says he is remaining optimistic about his future, though finds it challenging to be going through the ordeal without his family, who are trapped in South Africa and New Zealand because of Covid-19 restrictions

Mr Walker was deemed ‘low risk’ for cancer given his age and health, so it took doctors longer to diagnose his condition.

The 30-year-old had only been living in Brisbane for 10 months, after travelling the world for five years.

Mr Walker says he is staying optimistic about his future, but finds it challenging to go through the ordeal without his family, who are trapped in South Africa and New Zealand because of Covid-19 restrictions.

His family have set up a GoFundMe page to raise money for their son, who has been forced to give up work to receive treatment.

‘Having recently started a job at the end of last year, sick leave is limited, his company has been amazing with support, understanding and provided compassionate leave towards his situation,’ the campaign reads.

‘They are extremely understanding and have allowed him to work from hospital or home and attends meetings in the office where possible.

‘However this will run out at some point soon.’

Mr Walker has begun immunotherapy and also received radiation to try to and beat the disease.