A South African TV presenter claims he was beaten unconscious after being called a ‘monkey’ when he stopped to help young white people whose car had overturned.

Samora Mangesi tweeted pictures of severe head wounds from hospital after the alleged assault on Friday night in Johannesburg.

He claimed he and two female friends were called ‘monkeys.’

Mangesi alleges that even as he was being hauled into an ambulance one of the group was trying to run his friend over with a pick-up truck. 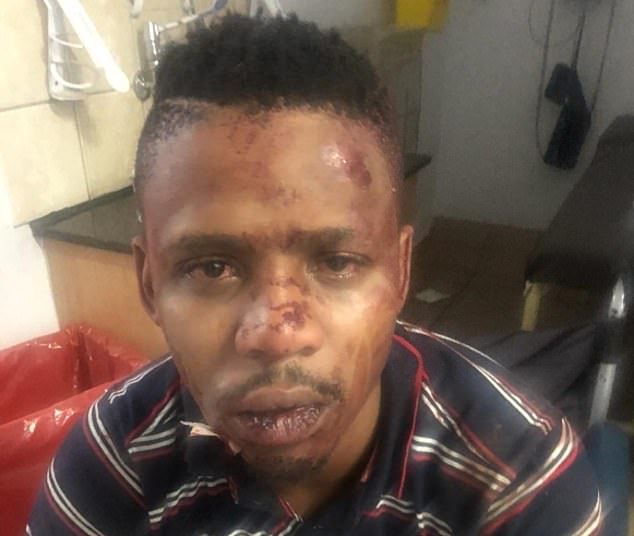 He wrote: ‘On Friday night I was the victim of a racially motivated attack. After stopping to check on a group of young white people whose car had overturned, they called my friends & I Monkeys.

‘When we engaged them on why we were being called such, they beat me up until I was unconscious.’

He continued: ‘Even whilst I was being put in the ambulance, one of these guys tried to run my friend over with his bakkie (pickup truck) and the paramedics had to intervene.’

Pictures from the hospital show bruising across his head and face, as well as lacerations to his nose and lips.

The TV presenter said he had thought about simply ‘letting it go’ but decided to go to the police with the evidence he had captured on his mobile phone. 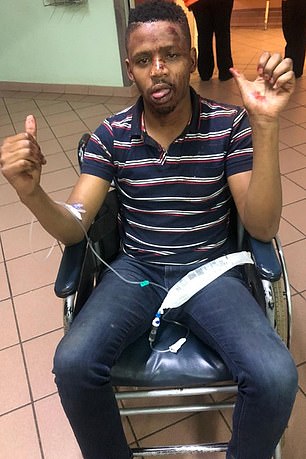 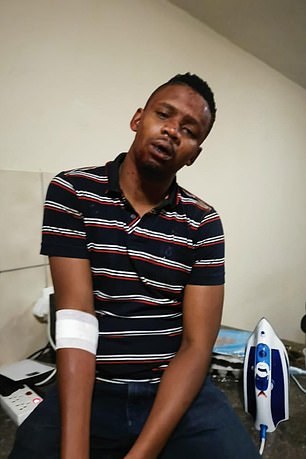 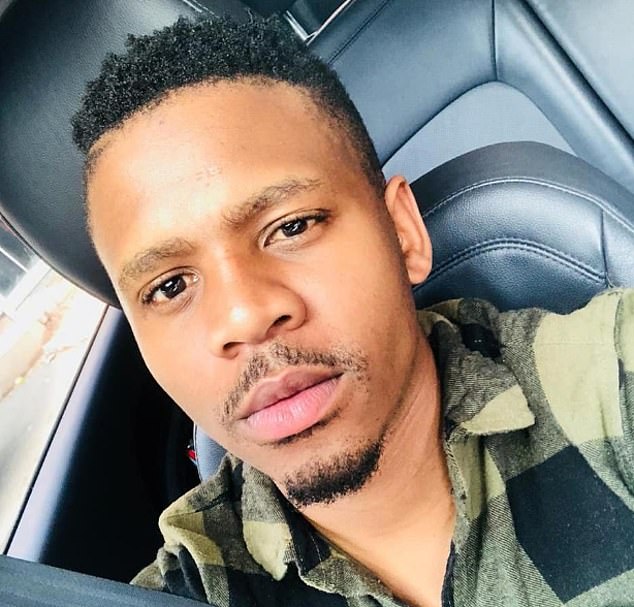 The TV and radio presenter said he had recovered well following the attack, with only some minor swelling and cuts

Mangesi tweeted that the attack occurred in the West Rand area close to Wilropark.

His tweets have caused a massive reaction in the post-apartheid nation as people have demanded action from the police.

The broadcast star wrote that he had recovered well since the incident and thanked the Leratong Hospital in Krugersdorp for their treatment.