A local council will fine shoppers and supermarkets $187.50 for dumping trolleys.

The City of Marion in Adelaide’s southwestern suburbs has approved a new by-law that will allow offending people and businesses to be fined by the council.

Marion Mayor Kris Hanna said on Tuesday that his council was responding to years of inaction on dumped trolleys from local supermarkets.

Dumped trolleys gathered in a car park in Marion. The City of Marion in Adelaide’s southwestern suburbs has approved a new by-law that will allow offending people and businesses to be fined $187.50 by the council

‘We’re acting out of strong community concern; we know that it’s contentious to potentially fine retailers as well as shoppers who irresponsibly leave trolleys around (but) this by-law won’t work unless we enforce the co-operation of retailers,’ Mr Hanna told The Advertiser.

‘We held a trolley summit two years ago, and that was very positive, but we didn’t see action from the retailers. As a result and that has led us to create this by law.’

Shoppers can be ordered by council staff to return dumped trolleys to a supermarket and fined if they fail to comply under the new by-law.

Council staff will also alert supermarkets to dumped trolleys, giving them 72 hours to collect their property before issuing a fine to the business.

The by-law has been approved by Marion Council and has been sent to SA Parliament’s Legislative Review Committee for approval. 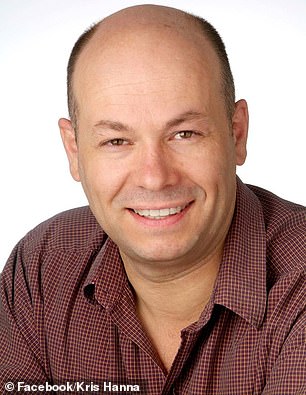 Once the by-law is approved, Mr Hanna said the council will have a $5,000 public education campaign to warn people about the new by-law.

‘If this gets through, we will make it very clear that there are serious consequences if people are irresponsible with trolleys and that gives people an opportunity to do the right thing,’ Mr Hanna said.

Only shoppers and supermarkets within these wards would be affected should the by-law be approved by the Legislative Review Committee.

‘Marion Council is seeking to introduce new laws to clear our streets of dumped shopping trolleys, which are a hazard and an eyesore,’ the council wrote on Facebook at the time.

One local suggested supermarkets simply use coin-operated trolleys like Aldi to reduce the amount of abandoned trolleys. 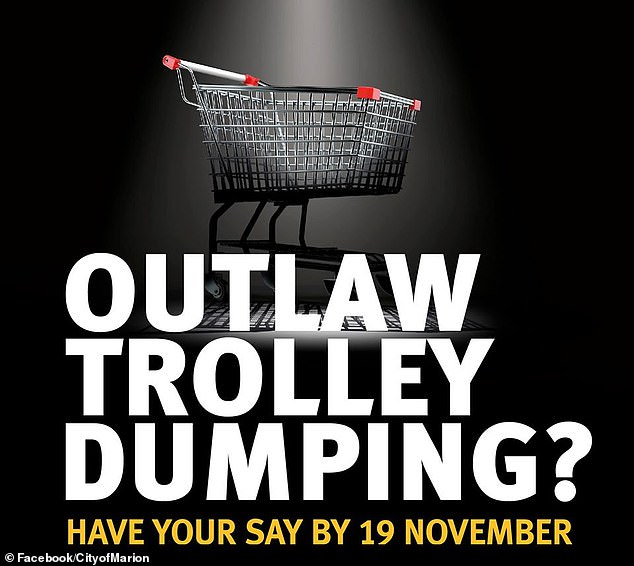 A Facebook post by the City of Marion from October last year, urging locals to have their say on the trolley fine by-law