The ‘decapitation unit’ will be established by the end of the year, South Korea’s Defence Ministry announced this week.

Its role would be to ‘make Kim Jong-un fear for his life’, and deter him from deploying nuclear weapons.

Killer aim: The new ‘decapitation unit’ of some 1,500 to 3,000 soldiers, will be trained to assassinate North Korea’s Kim Jong-Un, South Korea’s Defence Ministry announced this week 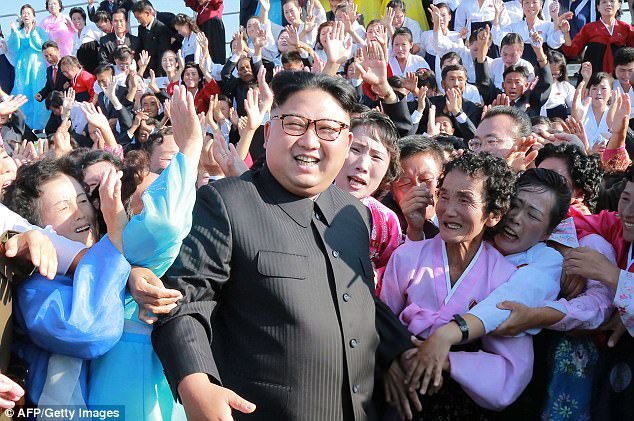 The unit is reportedly set to be the size of a brigade – between 1,500 to 3,000 soldiers – and will be ready for deployment at the end of 2017, defense minister Song Young-moo told South Korean MPs this week.

The North regularly threatens to destroy the South and its main ally, the United States, which it accuses of continual preparation for invasion.

The move to create the special forces unit followed North Korea’s most recent nuclear missiles test – its sixth and largest so far – and has been welcomed by senior military strategists.

‘The best deterrence we can have, next to having our own nukes, is to make Kim Jong-un fear for his life,’ Shin Won-sik, a South Korean retired three-star general and top operational strategist, told the New York Times.

The news of the came as the U.N. Security Council unanimously voted to step up sanctions on North Korea, with its profitable textile exports now banned and fuel supplies capped. 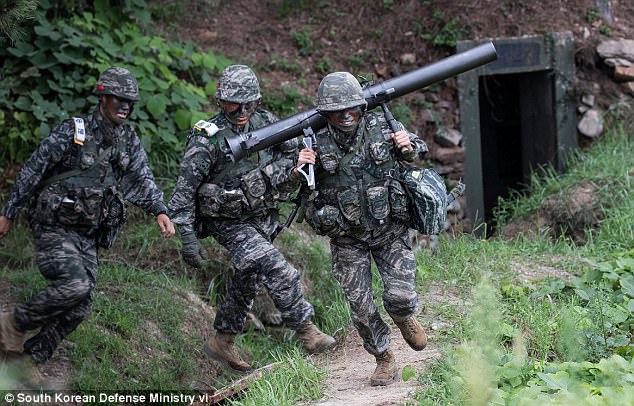 Ready for it: The new unit is going to be set up and ready by the end of the year. Pictured are South Korean marines during an exercise on Baengnyeong Island earlier this month

Monday’s decision, triggered by the North’s nuclear test this month, was the ninth such resolution unanimously adopted by the 15-member Security Council since 2006 over North Korea’s ballistic missile and nuclear programmes.

Japan and South Korea said after the passage of the U.S.-drafted Security Council resolution they were prepared to apply more pressure if North Korea refused to end its aggressive development of nuclear weapons and ballistic missiles.

A tougher initial U.S. draft was weakened to win the support of China, Pyongyang’s main ally and trading partner, and Russia, both of which hold veto power in the council.

‘We don’t take pleasure in further strengthening sanctions today. We are not looking for war,’ U.S. Ambassador to the United Nations Nikki Haley told the council after the vote. ‘The North Korean regime has not yet passed the point of no return.

‘If it agrees to stop its nuclear programme, it can reclaim its future … If North Korea continues its dangerous path, we will continue with further pressure,’ said Haley, who credited a ‘strong relationship’ between U.S. President Donald Trump and Chinese President Xi Jinping for the successful resolution negotiations. 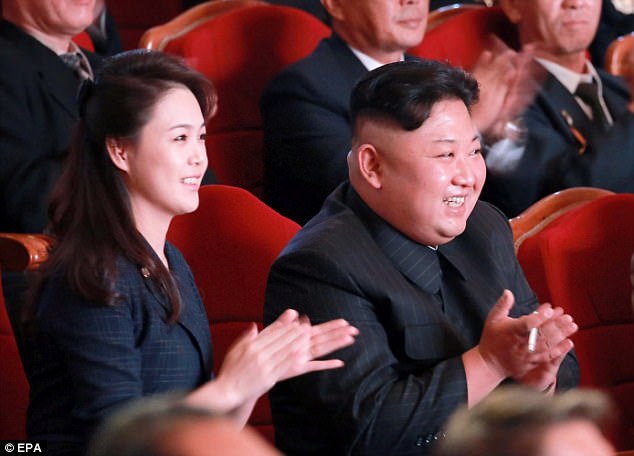 Target: North Korean leader Kim Jong-un is pictured last week enjoying a crafty cigarette sitting next to his wife Ri Sol-ju at an event in Pyongyang held to celebrate the nuclear test

North Korea’s ambassador, Han Tae Song, told the U.N.-sponsored Conference on Disarmament in Geneva on Tuesday the United States was ‘fired up for political, economic, and military confrontation’.

‘My delegation condemns in the strongest terms, and categorically rejects, the latest illegal and unlawful U.N. Security Council resolution,’ he said.

The Democratic People’s Republic of Korea (DPRK) was ‘ready to use a form of ultimate means’, Han said, without elaborating.

‘The forthcoming measures by DPRK will make the U.S. suffer the greatest pain it ever experienced in its history.’

U.N. member states are now required to halt imports of textiles from North Korea, its second largest export after coal and other minerals in 2016 that totalled $752million (£567million) and accounted for a quarter of its income from trade, according to South Korean data. Nearly 80 percent went to China.

‘This resolution also puts an end to the regime making money from the 93,000 North Korean citizens it sends overseas to work and heavily taxes,’ Haley said.

‘This ban will eventually starve the regime of an additional $500million (£377million) or more in annual revenues,’ she said.