Southampton and Brentford chasing £2.8m Austrian speedster Husein Balic, who is one of the fastest players in football after he was clocked running 20 metres in just 2.75 seconds

The 24-year-old, nicknamed ‘The Sprinter’, is regarded as one of the fastest players in international football. He was clocked running at 39km/h in an U21 clash against France and has been timed to run 20metres in just 2.75 seconds.

The left winger plays for LASK Linz in Austria and has been a target for Scottish champions Celtic in recent months. 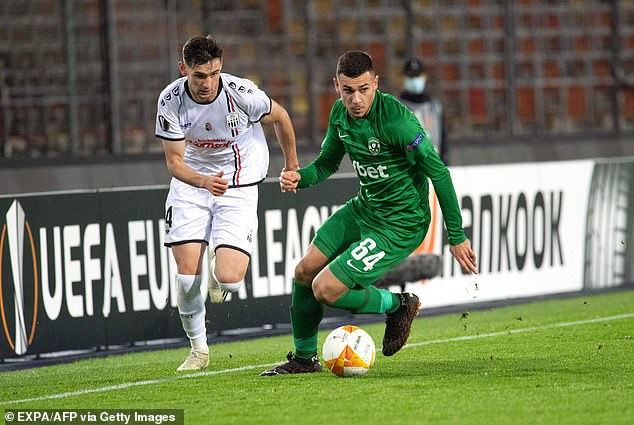 Now Southampton and Brentford are following the versatile forward who has scored four goals in 11 appearances so far this season.

They have been made aware that, despite being under contract until 2024, Balic could be prised away for as little as £2.8million this January.

Like many clubs across Europe, LASK, who host Tottenham in the Europa League next month, are feeling the economic pinch following the effects of the covid pandemic and have to make some harsh business decisions to keep the club moving forward.

Balic represents good value and that is alerting interested clubs.