Southampton have £13.6m bid for Ibrahima Diallo accepted by French side Brest

Southampton have £13.6m bid for Ibrahima Diallo accepted by French side Brest as Ralph Hasenhuttl looks to replace Pierre-Emile Hojbjerg following his move to Tottenham

Southampton have had a £13.6million bid accepted by French side Brest for defensive midfielder Ibrahima Diallo.

The 21-year-old is expected to travel to England over the weekend ahead of a medical and agreeing personal terms.

The France Under 21 international emerged as Southampton’s main target after they had made enquiries for Liverpool’s £20m-rated Markm Grujic and Ibrahim Sangare who opted to join PSV Eindhoven after leaving Toulouse this week.

Southampton have had a £13.6million bid accepted for Brest midfielder Ibrahima Diallo (left)

Diallo made 19 Ligue 1 appearances for Brest last season where he helped them to a 14th-place finish.

Ralph Hasenhuttl had wanted a defensive holding player to replace Pierre-Emile Hojbjerg who joined Tottenham earlier in the window.

Meanwhile, defender Wesley Hoedt is expected to complete his protracted move to Lazio over the weekend. The 26-year old saw his medical cancelled last week. 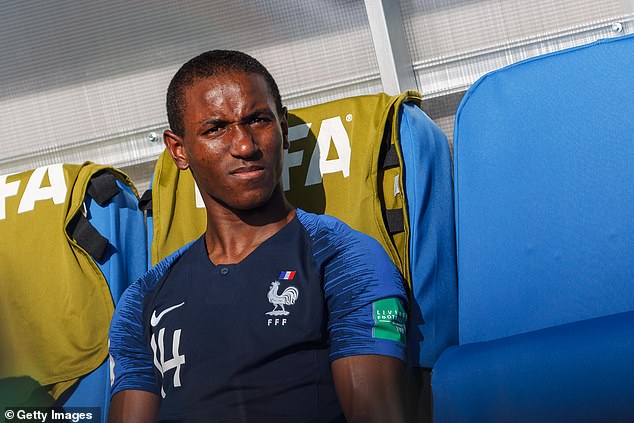