A paedophile hunter whose target killed himself three days after he was exposed has said he has ‘no regrets’ as the man had intended meeting ‘a 14-year-old boy for sex in a supermarket carpark.

David Baker, 43, was arrested following the confrontation with vigilante group Southampton Trap in Portswood, Southampton on October 4, 2017. The group, which is run by Steven Dure has faced criticism following Baker’s suicide.

Baker’s fiancee Kelly Davies and her daughter and grand daughter fled their home following his arrest out of fear of an attack on the property.

Baker was arrested by police and questioned on suspicion of arranging to meet a child aged under 16 before being released while still under investigation.

David Baker, 43, pictured, was arrested after he was confronted by an anti-paedophile group when he had arranged to meet a 14-year-old child in a supermarket in Southampton 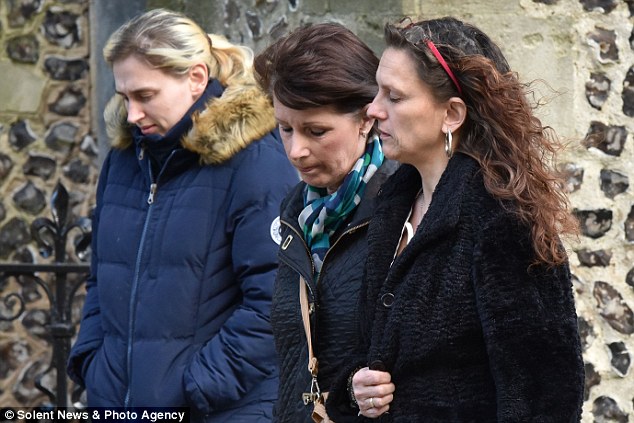 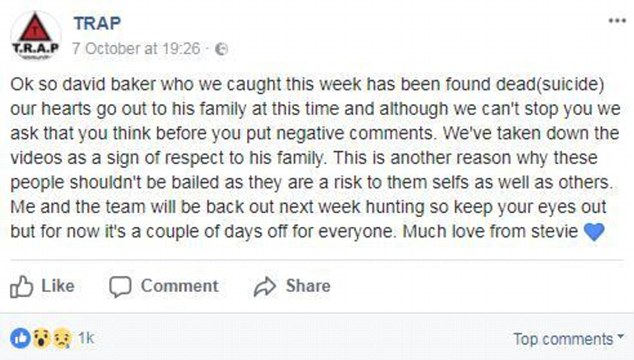 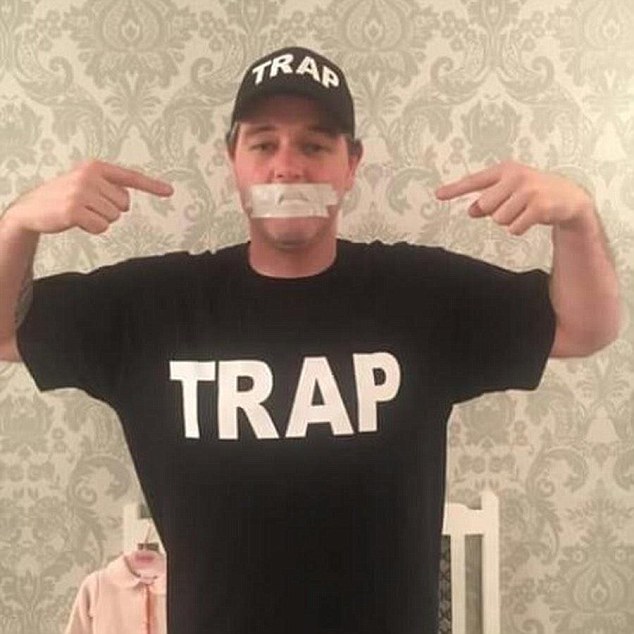 Addressing the inquest in Winchester, coroner Grahame Short said: ‘It’s clear he was offered advice and he was asked as to his state of mind. I do not know if it would have made any difference if his solicitor had allowed him to answer questions about his state of mind or welfare but he didn’t in any event.’

‘It’s not for me to judge David’s actions on October 4 or indeed the actions of Southampton Trap which led to his arrest.

‘However I believe in this particular case the postings on social media after his arrest contributed to the stress on David and to him being alone and isolated in his own home where he made his decision to end his own life.

‘This was therefore a causative factor to what led to his death, at least in part.’

Mr Dure told The Sun: ‘I have no regrets.

‘The only tragedy here is that justice could not be done before he took his life. At the end of the day, he travelled 20 miles to meet a 14-year-old child. It is what it is.

‘I do feel bad for his family, they shouldn’t have had to go through this.

‘But do I have any guilt over what I did? None whatsoever. Protecting children needs to come above everything else and that’s what I’m about.’

The gardener was found dead at his home in Wickham, Hampshire, on October 7, having barricaded himself in and having taken an overdose of prescription medication, the inquest at Winchester was told.

He had also cut himself out of family photos and written two notes to his family.

His fiancee, Kelly Davies, found out about the incident through friends and by several postings on Facebook by Trap, the hearing was told.

She said: ‘David and I were together for three years, we lived together and my daughter Cherelle and her baby also lived with us.

‘On the night he was arrested, David came home from work and said he was going out to meet a friend.

‘He was chatty and joking with me, I made him a cup of tea and he drank it after having a shower and then he went out.

‘I got a call about 10pm that night from David’s niece Amber – she said she had seen on Facebook that a group called TRAP had put something up saying he was caught trying to meet a 14-year-old.

She said: ‘None of us knew anything, we just thought it was someone being sick, we didn’t really believe it. We were all really upset, the whole family.’ 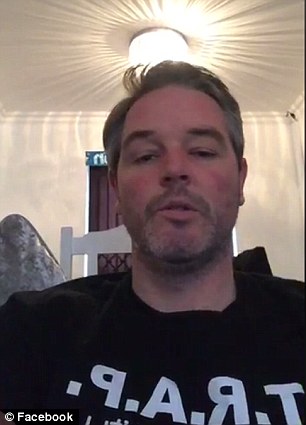 Ms Davies, who was due to be married with Mr Baker later this year, said that she moved out of the house with her daughter and granddaughter to stay in a friend’s caravan after finding out the news.

Describing Mr Baker, she said: ‘He was a kind, loving man, he would do a lot for people, always willing to help.’

Her daughter, Cherelle Stares said they had not felt safe staying at their home.

She said: ‘Our address was put publicly on social media, I didn’t feel safe as there are idiots out there and I didn’t want a brick being put through the window with my mum and daughter there.’

Pc James Giles said that Mr Baker was advised by the duty solicitor to answer all questions during his interview as ‘no comment’ but also told him not to answer questions about his welfare and state of mind.

He added that he was given leaflets of independent charities and helplines that could provide him with support and advice.

Recording a verdict of suicide, coroner Grahame Short said: ‘It’s clear he was offered advice and he was asked as to his state of mind. I do not know if it would have made any difference if his solicitor had allowed him to answer questions about his state of mind or welfare but he didn’t in any event.’

He added: ‘It’s not for me to judge David’s actions on October 4 or indeed the actions of Southampton Trap which led to his arrest. 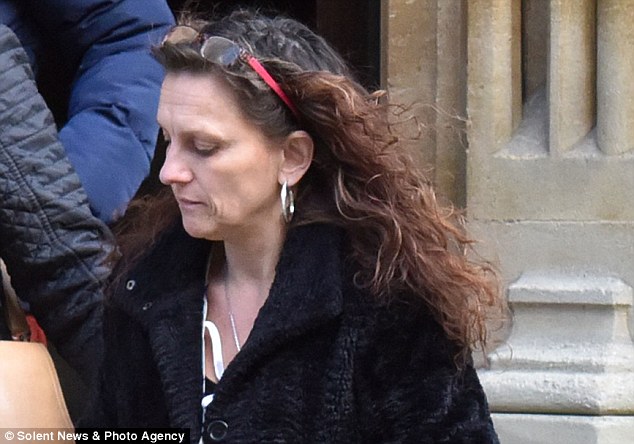 Ms Davies, pictured, said she moved out of her home along with her daughter and grand daughter after discovering her partner had arranged to meet a 14-year-old child 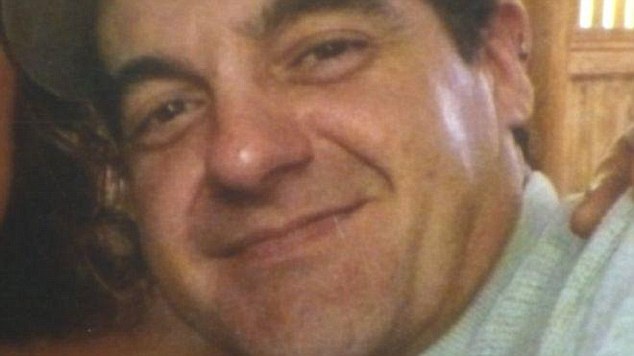 ‘However I believe in this particular case the postings on social media after his arrest contributed to the stress on David and to him being alone and isolated in his own home where he made his decision to end his own life.

‘This was therefore a causative factor to what led to his death, at least in part.’

Steven Dure from Trap said: ‘[Mr Baker’s death] hit us really hard; his poor family found their son dead and no-one should have to go through that.

There are an estimated 75 paedophile vigilante groups active across the country.

However, police claim the amateur investigators could put long-term criminal investigations at risk and endanger children.

Also, paedophile hunters could face prosecution themselves of they break the law in the course of their investigations.

Chief Constable Simon Bailey, said: ‘We understand the desire to protect children but any member of the public who has information about child sexual abuse, online or otherwise, should get in contact with the police so we can investigate and bring people to justice.

‘So called paedophile hunters are taking risks they don’t understand and can undermine police investigations.

‘Most importantly, unlike our officers, they have no way of safeguarding child victims.

‘Our approach to these groups has not changed.

‘We may consider working with these groups in certain instances, if it helps us protect children and we can manage the risks of their involvement. But this is not the solution to the problem of abuse.

‘We are tackling child abuse by using undercover officers and covert resources to catch those seeking to groom children online.

‘We need technology and software companies to support us by doing more to prevent offenders using their platforms to prey on children.’

Mr Dure added: ‘I’m out to save children and that’s what I will continue to do.

‘I’m human, I have got a conscience, but I didn’t make him drive 20 miles to meet a child.’

Guidance issued to forces told officers not only to stop working with vigilante groups trying to catch paedophiles, but also to pursue them if they broke the law.

TRAP’s Mr Dure is one of the first to be charged by police since the instructions to crack down, having been summonsed to Southampton Magistrates’ Court on suspicion of sending a false message to cause annoyance, inconvenience or anxiety.

The landmark ruling said groups such as TRAP and Dark Justice are entitled to pose as children in order to target suspected paedophiles.

A group of suspected paedophiles lodged an appeal testing the legality of the vigilante groups’ methods in uncovering suspects.

The paedophiles’ legal teams claimed the investigations ‘diminished the integrity of the court process’.

It was claimed there are also concerns over public safety, while police have accused the vigilante groups of undermining long-term undercover investigations.

In his ruling,  Mr Justice Langstaff said there was no legal requirement for the activities by the group to be subjected to controls.

Justice Langstaff said Dark Justice were acting as private individuals, not public authorities, and had not been asked by the police to conduct their activities.