The dream of sending humans to Mars could be at risk after a new NASA study revealed that the blood flow in an astronauts upper body can stop and even go in reverse when they travel in space.

A trip to Mars would require an astronaut crew to spend up to eight months on a spaceship, most of the time in zero gravity.

For the NASA study researchers examined 11 healthy astronauts who had stayed aboard the International Space Station for an average of six months.

They found that seven of them showed signs of stalled or even reversed blood flow in their left internal jugular vein, the blood vessel that drains blood from the brain.

There is a risk this could lead to blood clots which could be fatal on a long-term mission to somewhere like Mars.

Scientists hope the discovery of the latest impact of space flight on human physiology will lead to new treatments and interventions, rather than just halt any future long-duration spaceflight.

This was an unexpected finding,’ Michael Stenger, manager of the Cardiovascular and Vision Laboratory at NASA’s Johnson Space Center told NBC.

‘We did not expect to see stasis and reverse flow. That is very abnormal. On Earth, you would immediately suspect a massive blockage or a tumour or something like that.’ 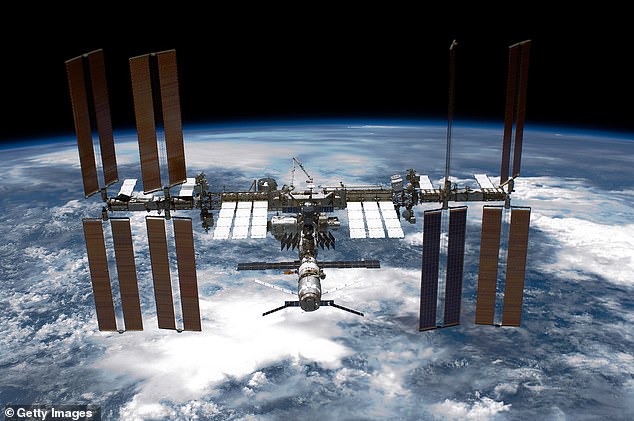 In the report, published on the JAMA network, researchers said the revelation ‘may have significant human health implications for civilian spaceflight

‘It may also put future exploration-class missions, such as a mission to Mars at risk’.

NASA began studying the impact of space flight several years ago when two-thirds of astronauts reported blurry vision and impaired eyesight after months on the space station.

Researchers found that without the ever-present tug of gravity on the body, some astronauts bodies struggled to drain fluids normally.

They then had a final ultrasound 40 days after returning to Earth. 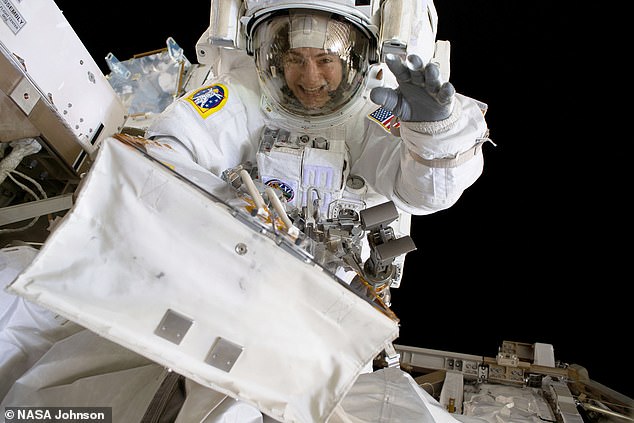 COULD WE HIBERNATE ON THE WAY TO MARS?

The European Space Agency has been studying hibernation and ways it could be applied to human spaceflight. 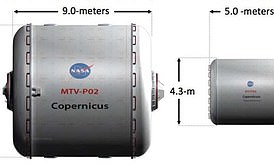 The agency says spacecraft could be much smaller if the crew were able to sleep through the journey as they would need less ‘personal space’.

Researchers for ESA say a drug could be given to induce ‘torpor’, the term for the hibernating state.

Their pods would be darkened and the temperature reduced to cool the occupant during the Earth Mars cruise.

The phase would end 21 days before they are due to land to allow for recuperation.

Astronauts would not suffer muscle or bone wastage and would have greater protection from radiation as it comes as part of the natural hibernation process.

Medical experts say this could lead to blockages in the blood vessel which could result in a pulmonary embolism.

‘That is very dangerous. If it happens on a long-term mission it could be calamitous’, Dr Andrew Feinberg from John Hopkins University told NBC.

Engorged blood vessels do not always mean the pressure inside them is high or that it will lead to blockages.

‘Astronauts use their arms a lot to move around, so I think there’s plenty of blood flowing through the big veins,’ he said. ‘I’m intrigued by the study’s findings but not overly alarmed’, cardiologist Dr Ben Levine told NBC.

Researchers say their findings highlight the need for a more comprehensive study as well as investigations into countermeasures that can restore blood flow to a state similar to what is found on Earth.

One solution being tested on the International Space Station involves astronauts wearing a lower-body vacuum suit.

The suits pull blood down from the head into the lower limbs, simulating the effect gravity has on the body on Earth.

Former astronaut, Dr Scott Parazynski told NBC that even after reading the study’s findings he would not be deterred from flying in space.

‘I don’t know that it would change my desire to go to Mars, but it does add to the list of risks,’ he said.

‘I’m encouraged, though, that we may be getting to the root cause and that it’ll be something that we can eventually treat.’

Some hope for long-term missions could come in the form of hibernation, according to research by the European Space Agency (ESA).

The agency says there are significant advantages to hibernation including the fact accommodation could be much smaller and the risk of muscle and bone wastage would be lower.

The team also discovered that radiation exposure from high-energy particles would be lessened as hibernation gives its own enhanced radiation protection.