‘He was a constant danger’: Spain boss Luis Enrique hails Ferran Torres as one of the best crossers of the ball in LaLiga after shining against Germany as Man City new boy works hard during the close season in a bid to hit ground running

Torres made his national debut and featured for the whole match as Spain kicked off their Nations League campaign with a 1-1 draw with Germany.

Timo Werner’s second half goal was cancelled out in the dying moments, as Jose Gaya equalised in the 96th minute. 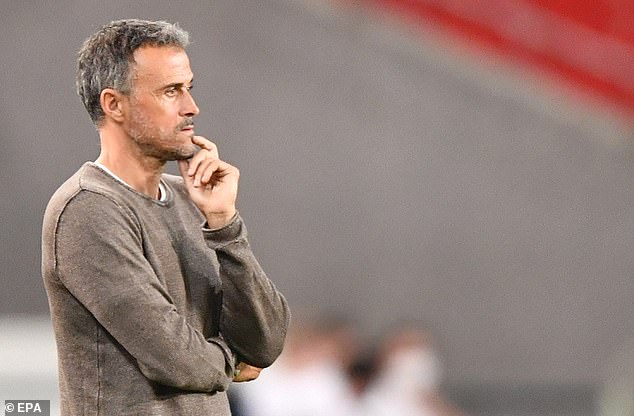 Enrique was impressed by Torres’ performance and explained that he is one of the best crossers in LaLiga.

‘Ferran Torres has been at a very high level, on both wings,’ he said in his post-match press conference.

‘He was a constant danger to the German defence. He is one of the players whose crosses are the best in LaLiga. More than crosses, I think he is making (incisive) passes.’

The Spaniard was Pep Guardiola’s first signing of the summer as the Premier League giants swooped in with a £20.9million bid as part of a deal that could rise to £37million for the Valencia winger. 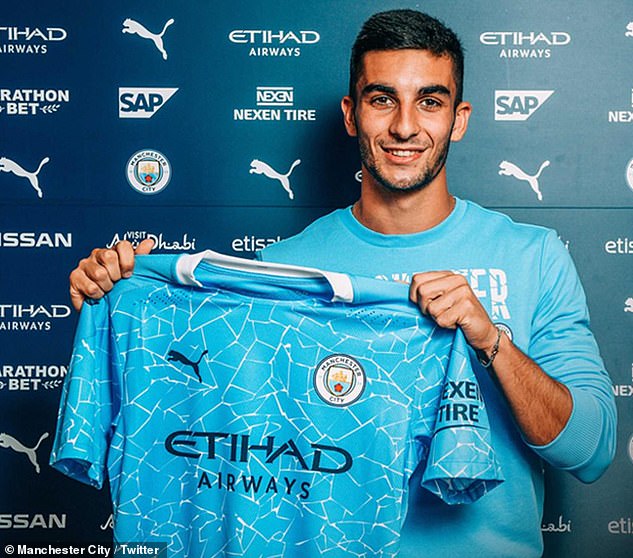 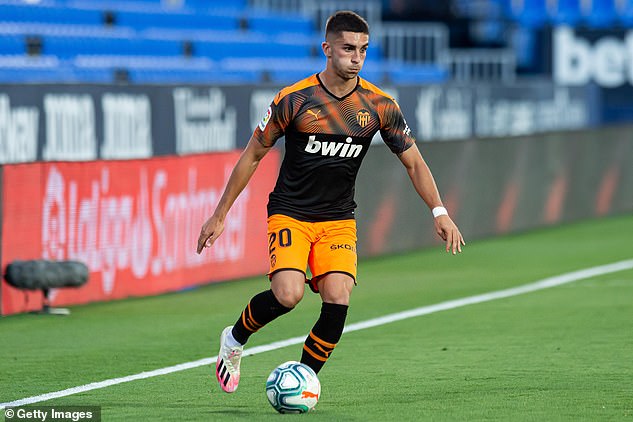 Torres made 97 appearances for Valencia, having been at the club since the age of seven

Torres was wanted by a host of top European clubs, including Real Madrid, Borussia Dortmund, Atletico Madrid and Juventus.

Overall, Torres made 97 appearances for the Valencia first-team in all competitions, scoring nine goals.

He is yet to make an appearance for City but has been working hard in the off season with his trainers in a bid to hit the ground running at the start of the new Premier League season.