Speaker rages at ‘sexist’ Boris Johnson in the Commons

Mr Bercow lashed out at the Foreign Secretary after he referred to Emily Thornberry as ‘Lady something’ in the chamber. As some Labour MPs applauded, he said: ‘First of we all, we don’t name call in this chamber…

‘Secondly, we do not address people by the titles of their spouses. The shadow foreign secretary has a name and it’s not Lady Something.

‘We know what her name is and it is inappropriate and frankly sexist to speak in those terms.

‘That is the end of the matter. No matter how senior a member, that parlance is not legitimate, it will not be allowed and it will be called out. I require no chuntering from a sedentary position from any occupant of the Treasury bench.’

Mr Johnson ‘apologised unreservedly’ for ‘any inadvertent sexism or discourtesy that you may have deemed me to have been guilty of’.

The row began when Mr Johnson criticised the Opposition for giving too little importance to the Commonwealth ahead of a major summit in London next month.

Mr Johnson said: “That’s their attitude, isn’t that extraordinary, this is an institution… say no says the noble and learned Lady Baroness whatever it is I can’t remember what it is….Nugee.

“What an extraordinary thing, this is an institution that encompasses 2.4 billion people, some of the fastest growing economies in the world and we have an unrivalled opportunity to embrace them here in London and we’re going to do it.”

After being rebuked by Mr Bercow, he said: ‘I heartily tender my apologies to (Emily Thornberry) if she was offended by what I said and I meant no harm, and I apologise unreservedly to her if I have offended the feelings of (Ms Thornberry).’ 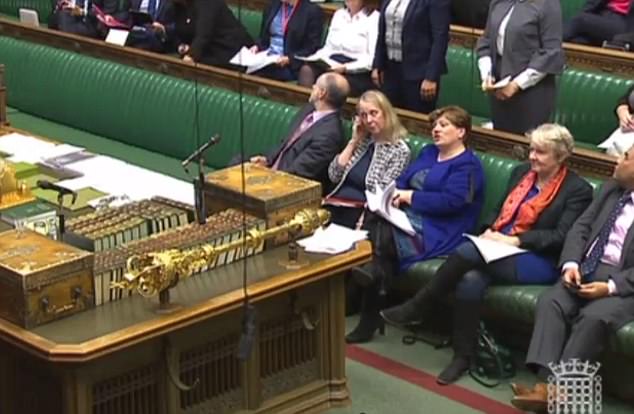 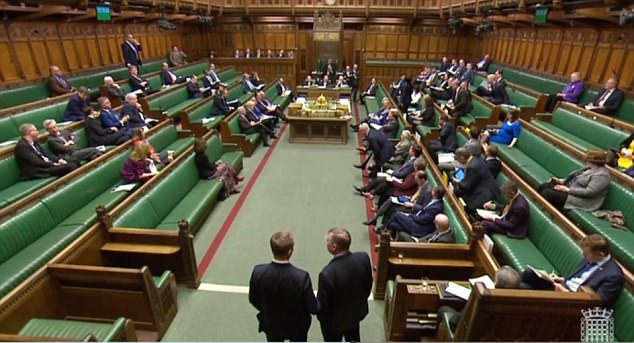 Foreign Office minister Harriett Baldwin later defended Mr Johnson saying he did not have a ‘sexist bone in his body’.

Speaker John Bercow responded: ‘I know she won’t take it amiss, but the Foreign Secretary doesn’t need to be defended by her and I know she wouldn’t argue with the chair, she’d come off rather worse.’