Spiders living in towns are losing their fear of illuminated spaces

City-dwelling spiders are losing their fear of the light by building their webs in well-lit areas where they can easily find food, biologists have revealed.

They have suggested that arachnids may benefit from sheltering in illuminated areas after overcoming their aversion to light.

When household lights are switched on by its owners spiders typically freeze as they attempt to make their way across the previously dim room.

They once built their webs in gloomy corners where inhabitants of the property are unlikely to find their hidden lairs.

City-dwelling spiders are losing their fear of the light by building their webs in well-lit areas where they can easily find food, biologists have revealed

However scientists have since proved that things may be evolving after a group at the University of Regensburg, Germany, used test subject spiders from urban and rural locations.

Taking the creatures from areas across Europe to test whether their fear of light is changing from what was previously believed.

Results suggested that spiders from agricultural areas still avoided the light areas as a place to build their webs. 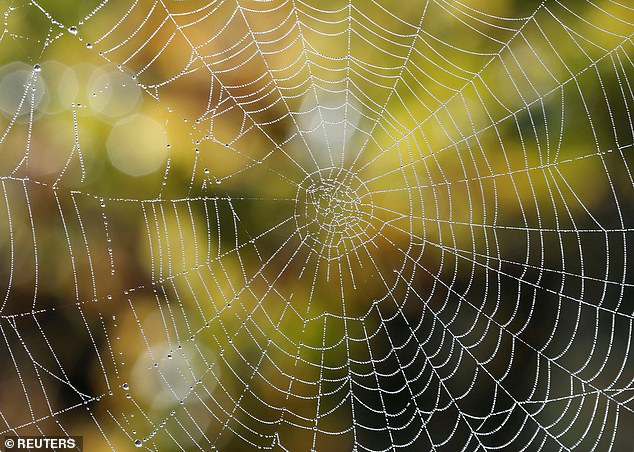 But spiders from urban locations were just as happy to build their webs in both brightly-lit and dark areas.

Dr Tomer Czaczkes, a biologist at the University of Regensburg who led the study, said: ‘It could be that the urban spiders are evolving to prefer light because they get more food there.

‘Or it could be easier to survive inside buildings in the winter, so spiders that don’t mind the light survive better.’

Dr Czaczkes and his colleagues used the common house spider Steatoda triangulosa, also known as the triangulate cobweb spider, for their study. 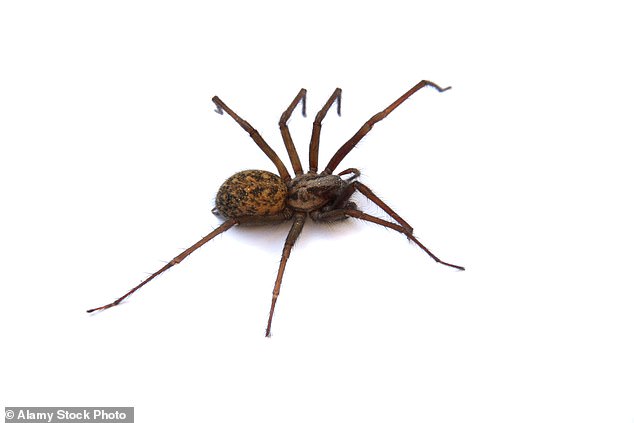 This false widow spider has a pattern on its abdomen and is usually found in dingy corners and cupboards in households.

The spider usually creates a tangle of webs, which are unlike the neat webs usually associated with household spiders.

It can be found in the UK and was typically based around southern Europe before extending its reach to northern Europe.

Dr Czaczkes said the idea for his study was prompted by a walk home where he noticed ‘fat’ spiders making their webs on the street lights.

The study used spider egg sacs from city and countryside locations in Germany, France and Italy which they allowed to hatch.

These newborn spiders were exposed to light on one side and kept in the dark on the other, so they had the option to create webs in both.

Ana María Bastidas-Urrutia, a biologist at the Ludwig-Maximilians University of Munich who was a co-author of the study, said: ”We found that rural spiderlings avoided the light side and liked building their webs in the dark.’

‘The urban spiderlings really didn’t care where they built their webs. The light didn’t seem to bother them.’

The evolution has proved beneficial to spiders as insects which they feed on such as moths are drawn to artificial lights making them easier to catch.

Due to the fact that the arachnids were garnered before they hatched, the scientists believe that they were unlikely to have already learnt to exploit the light.

Therefore the decision to create webs in the light may be because of genetic changes, which Dr Czaczkes believes may also be happening in other species of spider.

Lawrence Bee, from the British Arachnological Society, said it was likely that the spiders were adapting to illuminated conditions because there was more prey around those areas at night.

‘Lights attract quite a community of insects at night, so it is not a real surprise that spiders might adapt to that sort of thing,’ he said. ‘At this time of year they are generally more active in the home so homeowners might be encountering them more, but it is hard to say if that has anything to do with them losing any fear of light.’

Dr Maxime Dahirel, an ecologist at Ghent University in Belgium who has studied spiders and urbanisation, added: ‘The responses to light will likely depend on the species.

‘A recent paper showed that increased exposure to light led to reduced survival in another spider species. There may be some positive effects for some species but likely negative ones for many others.’