Spike Lee took a break from basking in the positive reviews for his new film Da 5 Bloods to call out the treatment his fellow director Woody Allen has received.

During an appearance Saturday on New York station WOR’s In The Morning show, Lee, 63, addressed the Manhattan director as his ‘friend’ and talked up his directing talents, while criticizing the concept of cancel culture, according to The Wrap.

Allen’s adopted daughter Dylan Farrow accused him of molesting her in 1992 when she was seven, and the allegations received renewed public attention beginning in 2014.

Big fan: Spike Lee, 63, defended his ‘friend’ Woody Allen Saturday on WOR’s In The Morning, calling him a ‘great, great filmmaker’ and criticizing ‘this cancel thing’; pictured in January

Lee provided a full-throated endorsement of Allen, 84, and his art while on the radio show.

‘I’d just like to say Woody Allen is a great, great filmmaker and this cancel thing is not just Woody,’ he told the hosts Len Berman and Michael Riedel.

‘When we look back on it we are going to see that — short of killing somebody — I don’t know you just erase someone like they never existed.’

The Do The Right Thing director added: ‘Woody is a friend of mine, a fellow Knick fan, and I know he’s going through it right now.’ 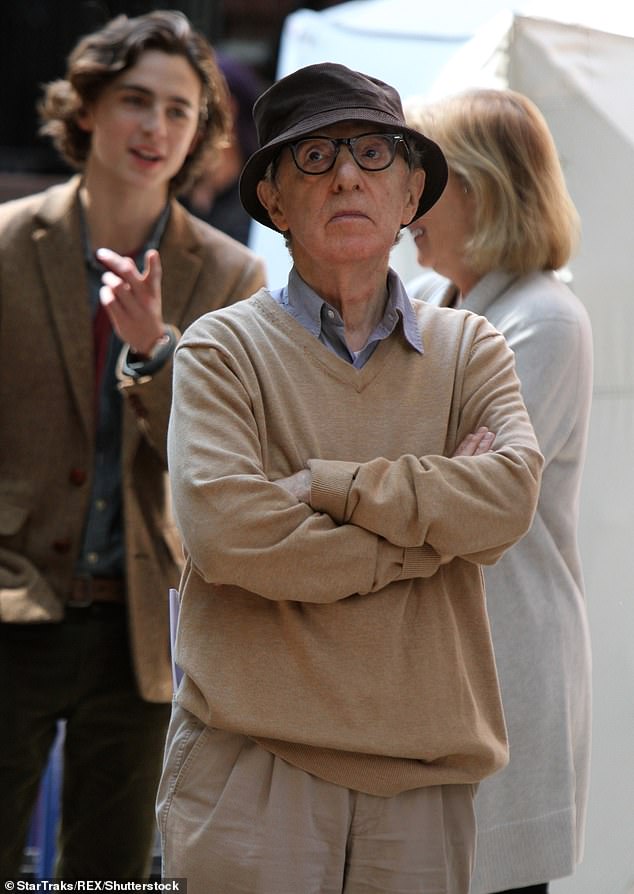 Defense: The Do The Right Thing director said, ‘Woody is a friend of mine, a fellow Knick fan, and I know he’s going through it right now.’ He also said people shouldn’t be canceled ‘short of killing somebody’; pictured in 2017 with Timothée Chalamet

Following his early career as a comedian, television writer and occasional actor, Allen branded himself a leading man and a director starting in the late 1960s.

He was acclaimed for his comic abilities, as well as his style’s absorption of high-brow European art films.

Other highlights from his filmography include Manhattan, the Oscar-winning Hannah And Her Sisters and the pitch-black dramedy Crimes And Misdemeanors. 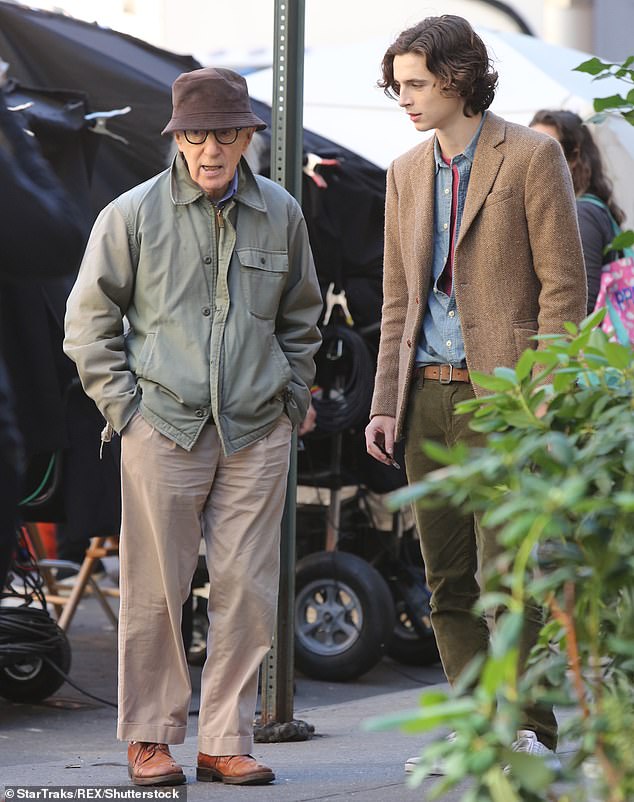 Accusations: Following a prolific career filled with classic films and multiple Oscars, Allen was accused of molesting his seven-year-old adopted daughter Dylan Farrow in 1992; pictured in 2017 with Timothée Chalamet 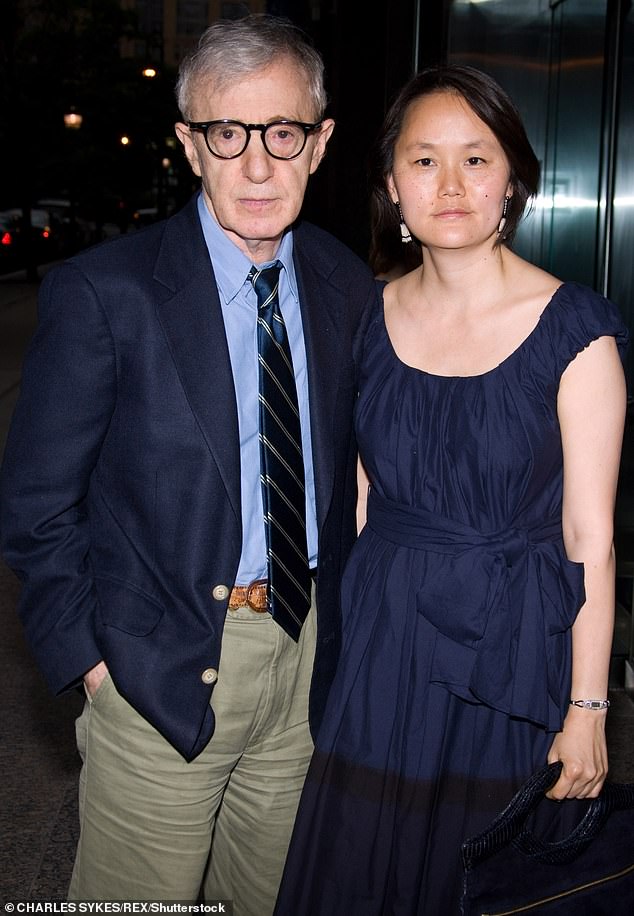 His theory: In a recent Guardian interview, Allen defended himself and said the allegations were cooked up by his ex partner Mia Farrow after he began a relationship with her then 21-year-old adopted daughter Soon-Yi Previn; pictured with Previn in June 2019

In an interview with The Guardian from last month, Allen disputed Farrow’s allegations, though he adopted a resigned tone.

‘I assume that for the rest of my life a large number of people will think I was a predator,’ he said, adding, ‘Anything I say sounds self-serving and defensive, so it’s best if I just go my way and work.’

The Sleeper director contended in the interview and elsewhere that the molestation allegations were cooked up by his ex Mia Farrow, whom he was with from 1980–1992, though they never married and they maintained separate residences throughout the relationship.

Allen began a relationship with Farrow’s adopted daughter Soon-Yi Previn, who was 21 at the time.

Contrary to popular belief, the director was never an adoptive parent to Previn. 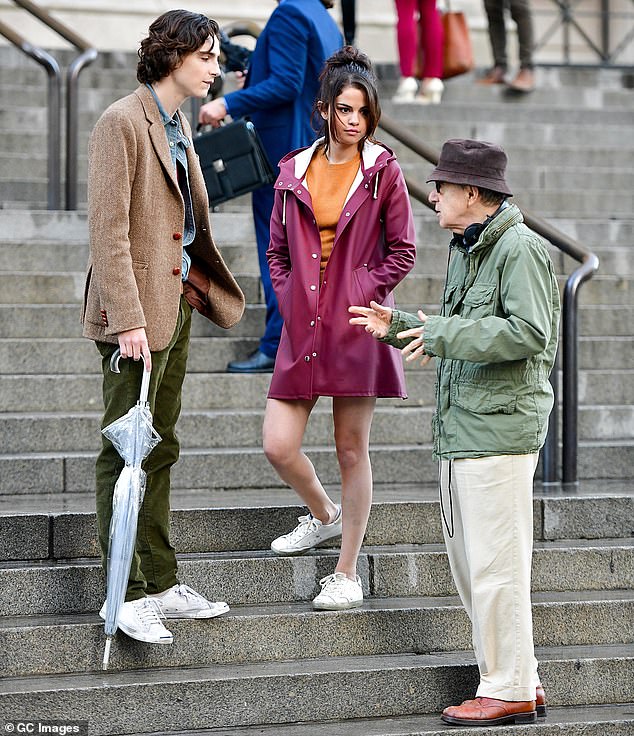 No show: Allen’s newest film A Rainy Day In New York stars Chalamet, Selena Gomez and Elle Fanning. Amazon refused to distribute the film in the US; shown in October 2017

The Guardian article references a custody hearing from July 1992, a month before he was alleged to have molested Dylan Farrow, in which Mia Farrow called him a ‘child molester.’

The director’s most recent film, A Rainy Day In New York, was completed in 2018, but its distributor Amazon refused to release the film due to the renewed controversy surrounding Allen. 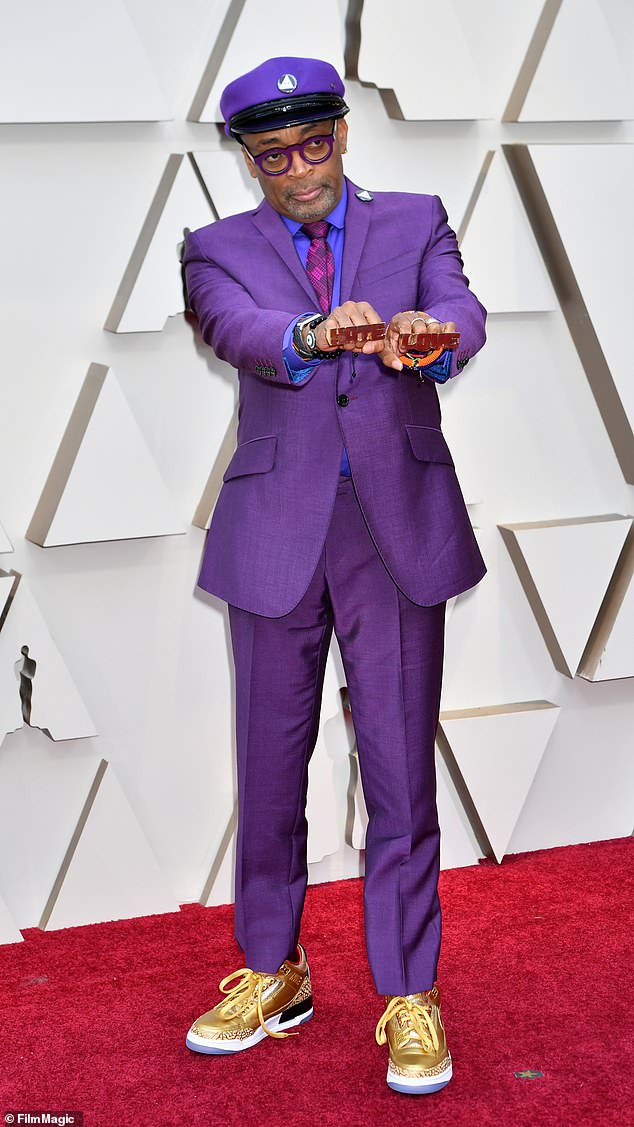 Riding high: Lee has been experiencing a career resurgence after his 2018 film BlacKkKlansman was embraced by critics and viewers and won him an Oscar; pictured in 2019

Lee’s film fortunes have been brighter in recent years as he experienced a critical resurgence thanks to the success of his film BlacKkKlansman.

The film earned six Oscar nominations, including Lee’s first for directing, and won the award for Best Adapted Screenplay, which went to Lee and his three collaborators.

Amid the coronavirus pandemic, his new film, Da 5 Bloods, bypassed its planned theatrical exhibition and was released directly to Netflix on Friday.

The movie is about four Black Vietnam veterans who return to the Southeast Asian country to find the remains of the slain leader, along with a treasure they buried years before, though they’ll be forced to confront the trauma they experienced while in combat.

So far, the movie has a sterling 91 percent fresh rating on Rotten Tomatoes. 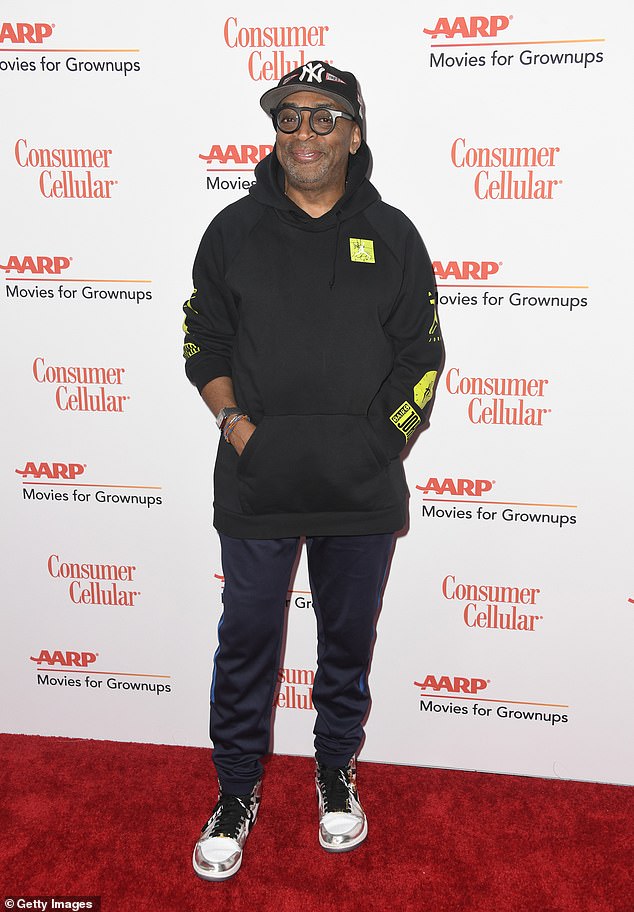 On a roll: His newest film, Da 5 Bloods, was released Friday on Netflix and already has a 91 percent fresh score on Rotten Toamtoes; pictured in February 2019