A teenage girl has won an award for her design for a new type of remote controlled skateboard dubbed the ‘Electrodeck’ that can reach speeds of 10mph.

The skateboard is an innovative way to make skaters go faster and do more tricks without ever having to take their feet off the board, competition organisers claim.

Charlotte Geary, from Bournemouth, presented her invention to judges including cycling champion Mark Cavendish as part of the Institution of Engineering and Technology (IET)’s Sports of the Future competition.

The teenager’s design kick-flipped her into first place and now her idea has been turned into a prototype that she has been able to ride as part of the prize.

Sport of the Future competition ran during lockdown and challenged children to come up with a new sport or an invention that makes an existing sport even better.

Other designs included robots you can play football with, a gun that fires chicken nuggets at athletes to keep them sustained and a ball that returns to you.

Charlotte Geary, aged 13 from Bournemouth, unveils a prototype of her winning invention the Electrodeck, which is an electric skateboard that allows skaters to accelerate and turn without having to take their feet off the board 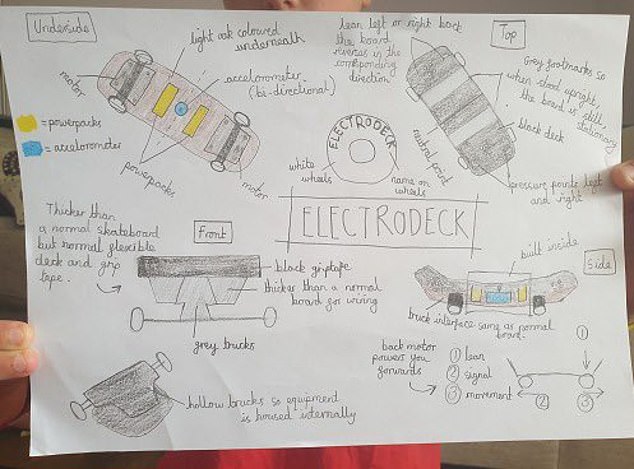 Miss Geary won the overall prize for her board with a 400W hub motor that is operated by a bluetooth remote that lets the rider change speed and direction.

‘The Electrodeck brings together emerging technology and striking design to create an exciting addition to the sports of the future,’ an IET spokesperson said.

Some entries were inspired by social distancing restrictions, including the ‘Squennis Ball’ that automatically returns to you so you can play without a partner.

Another design submitted by children included social distancing trainers that light up if you’re within 6f of someone else.

The competition was open for children aged between five and 13 and is the latest in a line of ‘future inventor’ style competitions organised by the IET.

‘Some people have a misconception about what engineering is. Our research has highlighted that 54 per cent of children don’t know anything about careers in engineering,’ a spokesperson for the IET said.

‘But the reality is that some of their favourite things involve a serious amount of engineering – they just don’t know it!’

They awarded second place to nine-year-old Isabella Watson-Gandy from London with ‘Boing Boots’ that would give her an extra spring in her step to play basketball with her older brother. 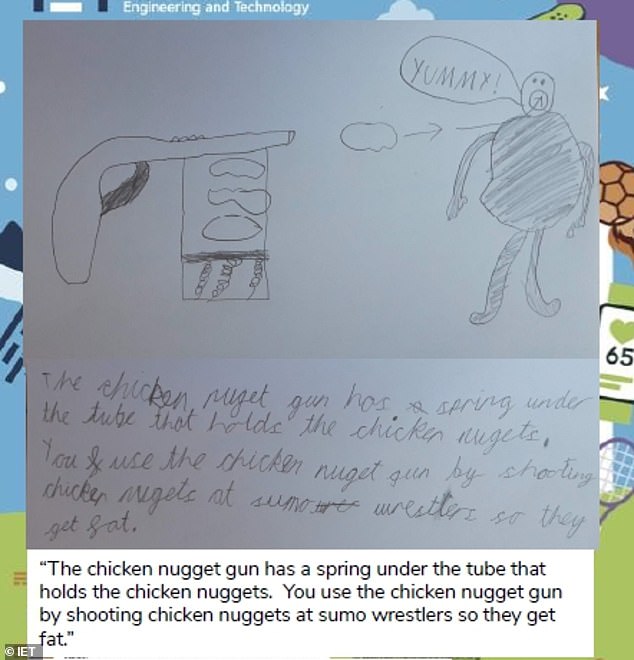 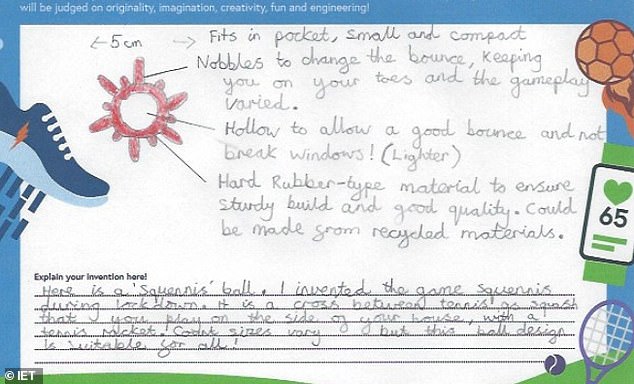 The third spot went to nine-year-old Brunner Hahn, also from London, who designed a door that could be converted into a table tennis set.

Miss Geary said: ‘The Sports of the Future competition seemed like a massive opportunity to put an invention I had been coming up with for a while into action.

‘The whole idea behind it is a motor-powered, multi-directional skateboard. I named this the Electrodeck,’ she said.

‘When I found out I actually won, I was speechless. Hundreds of people enter these kinds of competitions all the time and so you never expect to be the one who actually wins!’ 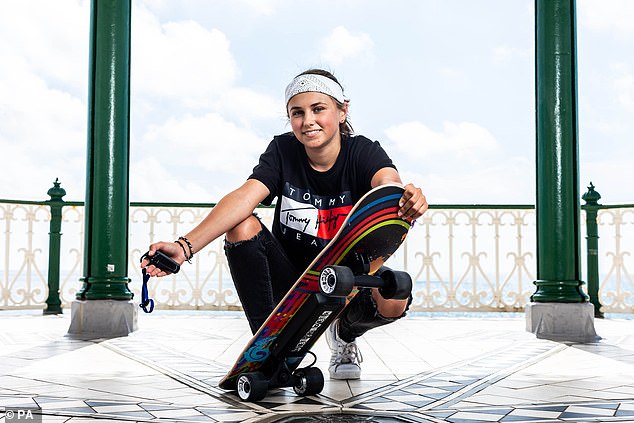 Miss Geary said: ‘The Sports of the Future competition seemed like a massive opportunity to put an invention I had been coming up with for a while into action’ 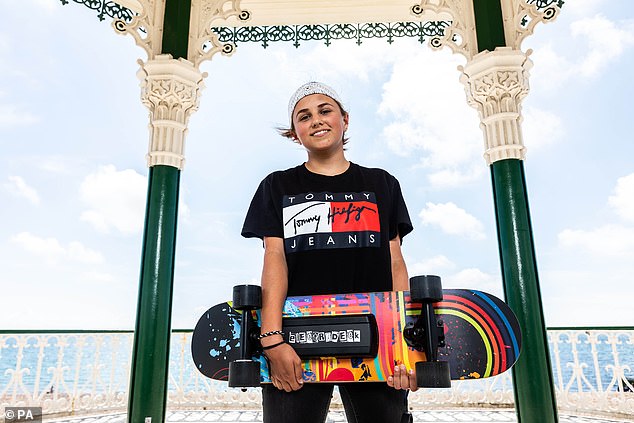 ‘The whole idea behind it is a motor-powered, multi-directional skateboard. I named this the Electrodeck,’ Geary said

Judge and IET President Peter Bonfield said there was a brilliant response from young people to the competition – something he found ‘uplifting’.

‘The levels of creativity, ingenuity, skill and passion were so impressive – I’d like to thank all those who entered for making our judges’ jobs very challenging!

‘Most of all, I hope it’s encouraged those who have taken part to realise imagining the impossible is not only fun, but it can lead to inventions that will make the world a better and more exciting place in the future.’

Other competitions organised by the IET for children included work with the Beano comic called ‘Engineer a Better World’ that challenged six to 16-year olds to re-design something they couldn’t live without if they moved to another planet.

The winner, Elin, 10, had the opportunity to launch her clarinet to the edge of the atmosphere and then see it land safely.