Rassie Erasmus has challenged the rugby world to fight to support the British and Irish Lions’ future.

South Africa boss Erasmus believes any impediments to the Lions’ long-term health should be ‘taken out of the equation’, in the wake of English Premiership season restructuring that will cut the length of the 2021 tour.

English domestic seasonal shifts from 2019-20 onwards will mean the 2021 Lions tour to South Africa will have to be cut to five weeks and eight matches.

Springboks head coach Erasmus believes it is time for rugby’s global authorities to work together to ensure a fruitful Lions future, as the famed touring side’s existence comes under increased threat.

‘I can’t really comment on the structure and amount of matches, but my first Test match was against the Lions, so for me they are a very special team,’ said Erasmus. 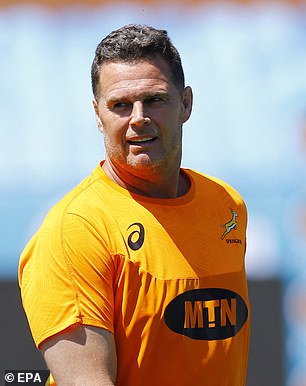 ‘And when I was here at Munster, I had the chance to experience more the soul of the Lions.

‘When you’re on the other side, they are your opponents, but when you’re here you almost understand what it’s all about.

‘I don’t know if cutting it down to less matches will take that soul away, because I think the Lions will always be something big.

‘We’re just fortunate that they are coming to us.

‘If there’s anything that threatens the Lions’ future I think that should be taken out of the equation, because it’s a wonderful organisation.’ 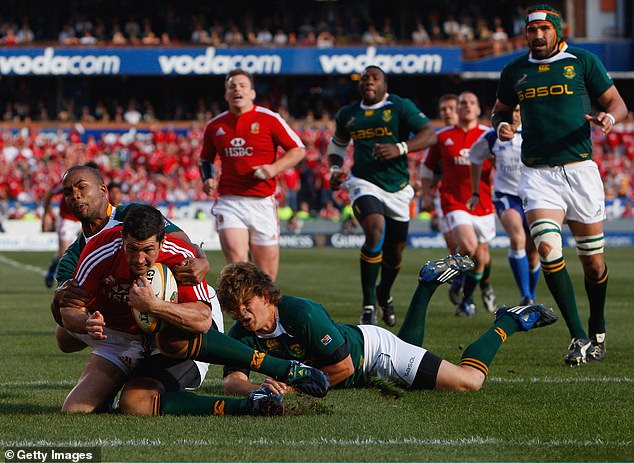 The Lions’ last tour of South Africa was in nine years ago, when they lost the series 2-1 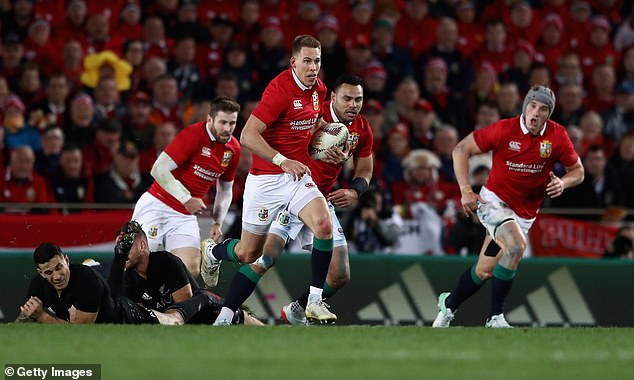 South Africa will face England at Twickenham on Saturday, with Erasmus phlegmatic about not being able to select their stars plying their trade at English and French clubs.

Saturday’s Test falls outside of the World Rugby November Test window, and South Africa were unable to secure the release of the likes of English-based Faf de Klerk, Willie Le Roux and Francois Louw, or Toulouse winger Cheslin Kolbe.

Erasmus insisted South Africa could have selected new Gloucester arrival Franco Mostert – but revealed the Springboks opted not to pursue that thorny issue.

Asked about new Cherry and Whites lock Mostert, Erasmus said: ‘That’s a touchy thing at this stage, we just decided not to involve him this weekend just to settle at his new club.

‘If we went into detail we could have selected him, but we decided not to go into that.

‘He’s a great player and has played most of his matches at five for us, so he will be missed. But we’ve got some options.

‘It’s just fair to give him some time to settle in. 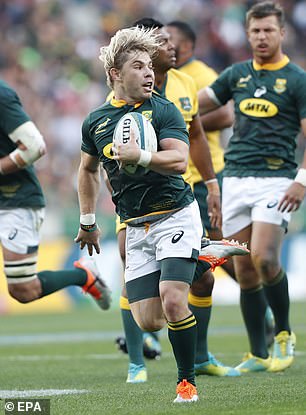 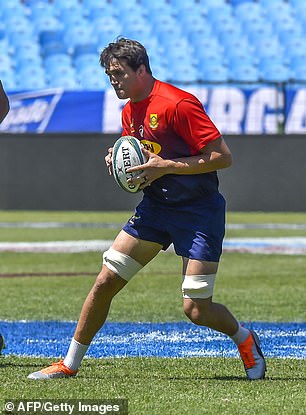 ‘When we agreed to this Test we knew it would be this way. For me it was most important to get another Test match before the World Cup.

‘By not having guys like Faf (de Klerk) and Willie (Le Roux) that obviously puts some pressure on the result, but in terms of seeing some other guys under pressure against England and at Twickenham, we’ll get some answers.

‘So there’s definitely an upside.

‘We played against England in June with an outside centre and two wingers with zero experience. Faf only has 20 caps so it’s not like he’s even that experienced in terms of Tests.

‘It’s just a cycle that we’re going through.

‘It’s not a matter of they have to learn everything from scratch. But the pressure will be on out here.

‘It’s an England team that’s desperate, so it will be a great challenge for us.’