Covid crept into the Springboks squad for the second time in a week on Monday, raising further fears about the Lions tour which rests on a knife-edge.

This latest result has forced the entire South Africa squad into isolation once again, with training cancelled until further tests can be arranged, as De Jager was a close contact of many in the group. The world champions are set to play Georgia again on Friday in the second of their warm-up Tests, but that fixture is now in doubt.

They did manage to play last Friday, beating Los Lelos 40-9 in Pretoria, despite their previous mini-outbreak. Scrum-half Herschel Jantjies initially tested positive two Sundays ago, but that proved to be a false result.

News of De Jager’s positive is not remotely welcome with only 18 days until the first Test between the Lions and South Africa in Cape Town on July 24.

There will be no room to rearrange games in case of cancellations, so any significant outbreaks would decimate the entire venture.

Lions prop Mako Vunipola said that while the stringent protocols can be tough, he is confident the tourists’ bubble will stay intact in South Africa, a country grappling with a deadly third wave of Covid. 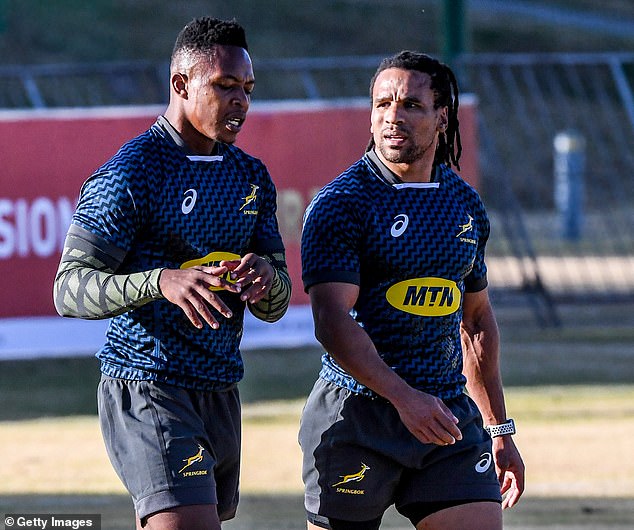 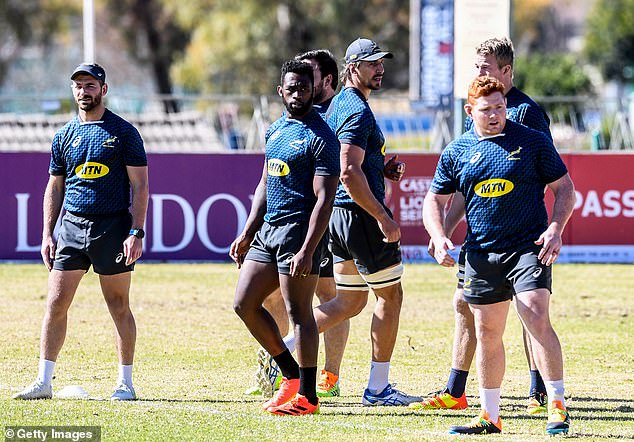 Vunipola said: ‘The way the camp’s being run, we’re very lucky that we’ve been in a bubble now for almost two weeks including the Jersey week.

‘So as long as players and people are doing what we’re told to with the protocols and all that, I don’t see why people should be anxious about getting tested.

‘As players, we get tested and it doesn’t really cross our minds. We’re in a hotel to ourselves, so if we get Covid now it would be impossible to do anything else, really. 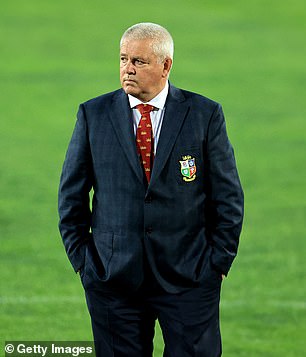 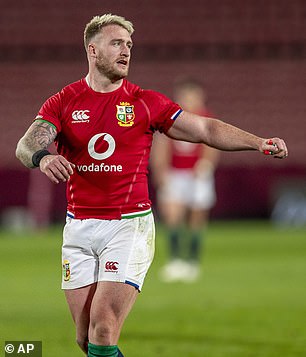 ‘We spoke before we played Japan. It was tough not to give our loved ones a hug when we saw them at that game.

‘But Gregor Townsend made a good point — all the hard work we’ve put in trying to make it into the squad, you don’t want to ruin that by 10 seconds of having a hug and getting Covid.

‘So it’s tough in this climate but for us as players it’s very simple. You set protocols you have to follow and as long as you do that you should be all right.’