Since becoming available on September 17, 142million accounts have watched Squid Game. Bridgerton drew in 82million in its first month.

Bosses are now praising the Korean drama for bringing in another 4.4million people and boosting profits.

In the third quarter of 2021, Netflix global subscriptions rose by 213.5 million from 209million.

For the fourth quarter, the company forecast 222 million subscribers, which aided a two percent rise in stock, CNN reported.

‘A mind-boggling 142m member households globally have chosen to watch the title in its first four weeks,’ the company told investors in its third-quarter report, Deadline reported on Tuesday.

‘The breadth of Squid Game’s popularity is truly amazing.’

The streaming service said that the show has ‘pierced the cultural zeitgeist’ in garnering a parody skit on Saturday Night Live, and TikTok memes that have amassed in excess of 42 billion views.

The latest numbers come after Netflix last week said that more than 111 million people had seen at least two minutes of the show.

The service’s prior leader in numbers came from last year’s period drama Bridgerton, which 82 million households watched after its 28-day stretch on the service.

The Korean series tells the story of a survival game in which 456 contestants risk their lives in deadly games with prizes of $45.6 billion available.

Netflix said that the show, which was penned and directed by Hwang Dong-hyuk, has also seen a sharp spike in demand for Halloween items, which are currently being shipped to retail locations.

The latest: Netflix told investors in its third-quarter report Tuesday that their hit show Squid Game has been viewed by 142 million households 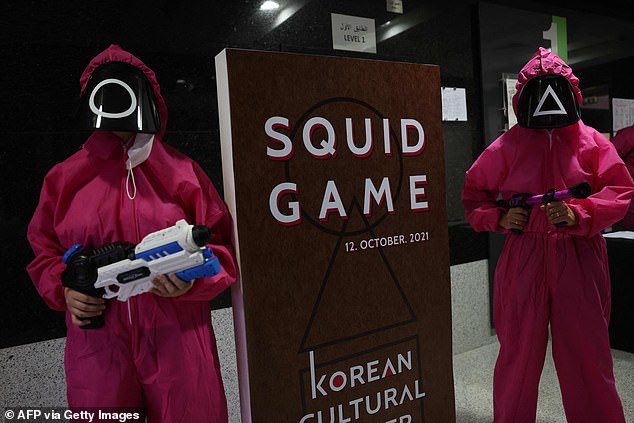 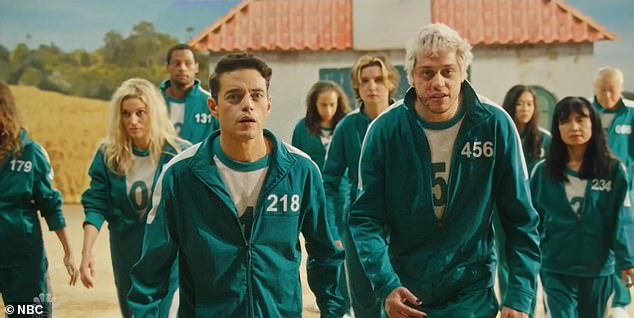