There will inevitably come a point in time when those observers who habitually pen Leigh Griffiths’ career obituaries will be proven to be correct.

It would take a brave man to post the definitive version any time soon, though. With the unerring timing of a Swiss watch, the Celtic striker continues to deliver ripostes to those who doubt him.

Overweight and excluded from the party which travelled to France in pre-season as a consequence of overindulging during lockdown, the dawning of the striker’s 30th birthday in August was seen by many as another staging post on the road to the knacker’s yard. We ought to have known better. 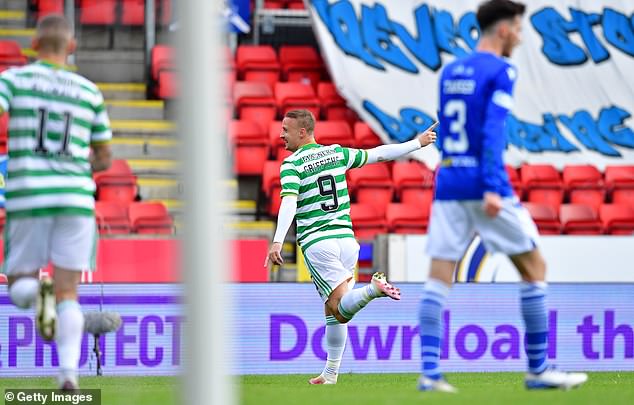 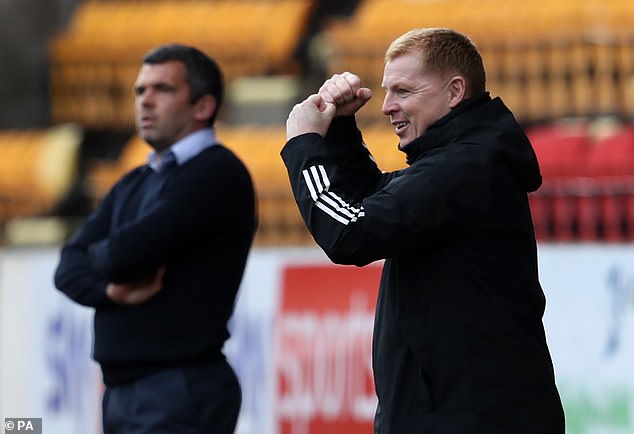 With the 90th minute ebbing away at McDiarmid Park and St Johnstone on course for a point which would not have been ill-deserved, Griffiths, fresh off the bench, planted himself between the posts and awaited his moment.

Hatem Elhamed hared down the right to provide the kind of quality cross that had been conspicuous by its absence all afternoon from Neil Lennon’s men. With a stretch of his neck, Griffiths delivered his latest act of redemption.

By the end of this affair, however, the Celtic manager wore the look of a man who’d landed a spectacular accumulator. Patryk Klimala, who also scored from the bench with the game’s last meaningful action, gave the scoreline a sheen that was hideously harsh on Callum Davidson’s side.

The telling contributions of Griffiths and Klimala will surely not be lost on Odsonne Edouard. Whether distracted by the ongoing transfer speculation or simply out of sorts, the Frenchman was again a shadow of his former self. His inclusion in the side can no longer be assumed to be automatic.

It was a day when precious few in green and white played to their optimum level. 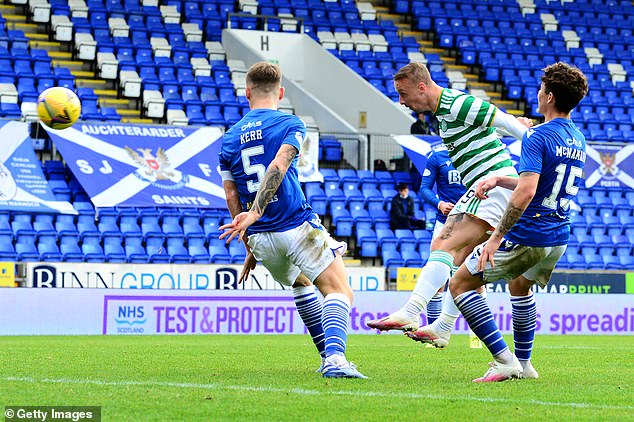 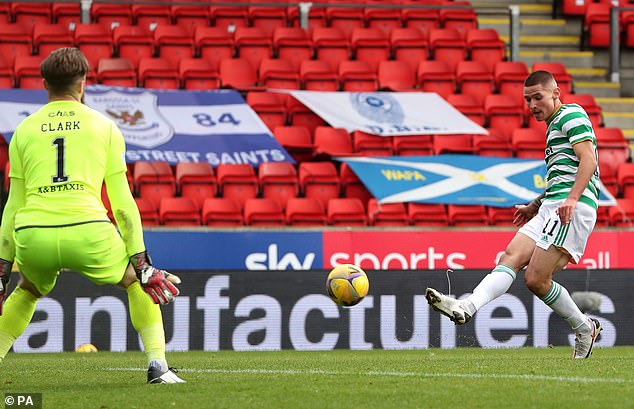 For all St Johnstone belied their lowly league status with a gutsy, committed display, Lennon’s men were laboured throughout.

That the visitors clocked up an eighth straight win in all competitions while scarcely engaging third gear was testament to their reserves of mental strength. The Perth man must wonder what they have to do to catch a break when Celtic come to town.

Matching Celtic man for man from the outset, Davidson’s side were never going to sit back and wait on the inevitable.

Thundering into challenges, they denied Celtic space to work in and forced them back. It was not long before visiting skipper for the day Callum McGregor was imploring his team-mates to offer more. His plea fell on deaf ears.

Frustrated at failing to make any headway through a string of set pieces, the early booking picked up by Olivier Ntcham for dragging back David Wotherspoon did the Parkhead side little favours. 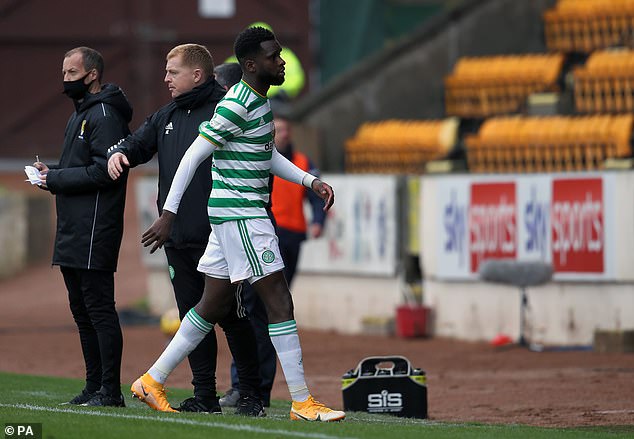 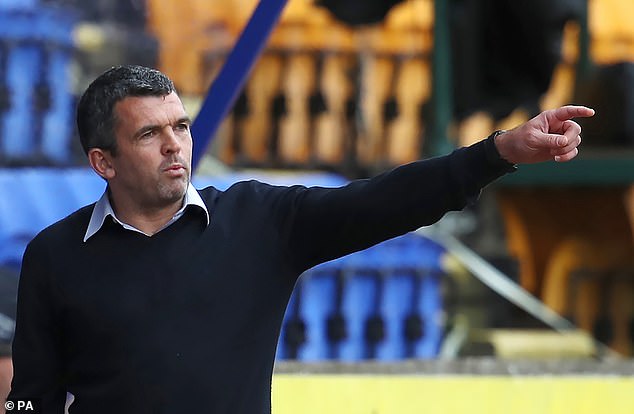 The home side created the best opening of an opening half hour that was high on effort but low on quality.

Craig Conway’s in-swinging cross from the right ought to have been punched halfway to Dundee by Vasilis Barkas. The Greek keeper’s hesitancy allowed Wotherspoon to head the ball into the sky only for Kristoffer Ajer to mop up before the home player could react.

It took Celtic half an hour to make any appreciable impact in the match. Elhamed’s dart to the line preceded a deep cross which Mohamed Elyounoussi retrieved and cut back for the onrushing McGregor. The midfielder dragged his effort beyond the far post.

Conway, the veteran winger, certainly saw plenty of the ball here. To the chagrin of his manager and strikers and the relief of Barkas, though, he repeatedly over-hit his crosses. 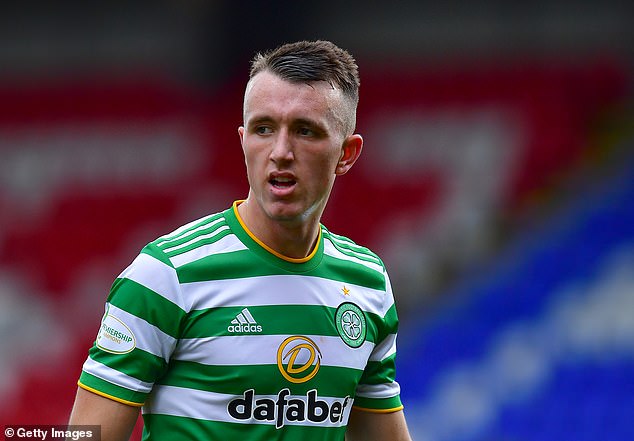 The encouraging thing from the home side’s perspective was how little Zander Clark had been called into action in the first period.

With the visitors strangely ponderous and often intent on taking an unnecessary extra touch, Edouard’s deflected shot on the turn in the 45th minute was the sum total of Celtic’s efforts.

A sign of Saints’ growing confidence came just before Walsh called a halt when Wotherspoon’s audacious attempt to beat Barkas from fully 40 yards drifted just over the top.

There was to be no immediate change in the pattern of the game after the turnaround. Wotherspoon exploited space vacated up the left by charging forward and firing a low cross which caught Celtic’s retreating defence on their heels. Conway took it in his stride only for Barkas to be spared by the post.

Celtic’s first concerted spell of pressure saw David Turnbull head McGregor’s cross harmlessly over but Lennon was not convinced his side had a grip on this one. Off came Turnbull and Edouard with Ryan Christie and Patryk Klimala thrown on. 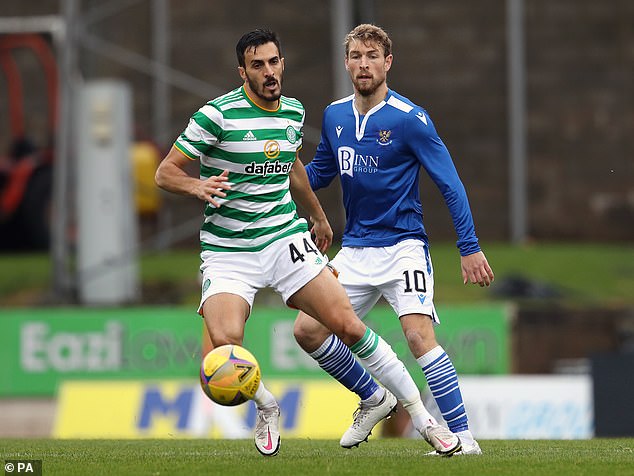 What a chance the Pole passed up to instantly make himself a hero. Ntcham’s cross from the right was delivered with pace but the striker was only able to graze it with his studs as it crept beyond the far post.

Another break in play, another roll of the dice. This time Griffiths and Tom Rogic, without an appearance between them this season, replaced Elyounoussi and Ntcham.

Then, after Duffy had headed Christie’s corner over the top with eight minutes left, Brown belatedly took Greg Taylor’s place. The change in Celtic’s tempo after the skipper’s introduction was immediately apparent.

Griffiths’ first involvement was to stretch his neck to meet Christie’s cross. Only a slight defensive touch denied him on this occasion.

As Lennon looked to the heavens, you felt, for all the world, that it was going to be one of those days. 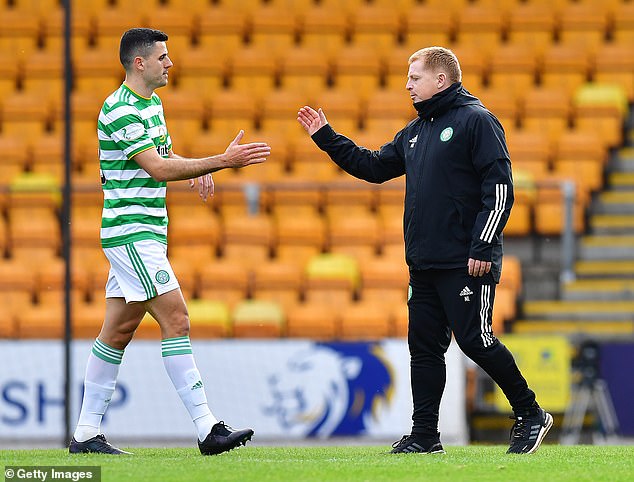 There just seems to be no way to keep Griffiths down for any length of time, however. And when Elhamed bounded forward on the right and looked up, the St Johnstone bench probably knew what came next.

The Israeli’s cross was perfection. Griffiths’ jump enabled him to gain the power and accuracy required to beat Clark all ends up with a bullet header.

Three minutes later, this remarkable tale of two substitute strikers was complete. Klimala showed extraordinary strength to bat off a meaty challenge from Liam Gordon. He finished high into the net to complete the job.