Stacey Solomon stuns fans as she washes her wig

She always looks glamorous when she graces the Loose Women panel.

And Stacey Solomon, 28, stunned fans when she washed her sleek golden wig in a hilarious video uploaded on Instagram on Saturday.

The songstress filmed herself washing her wig in the bath using her knee and she couldn’t stop laughing when she realised it looked like a person without a face.

‘I never knew you wore a WIG’: Stacey Solomon stunned fans with secret behind her sleek hairdo as she washed it in hilarious video on Instagram 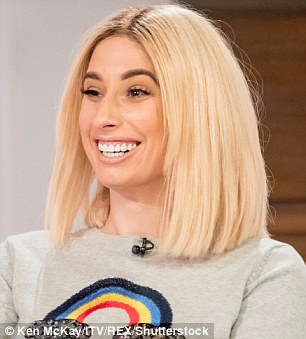 Splashing about: The Essex-born songstress filmed herself washing her wig in the bath using her knee and couldn’t stop laughing when she realised it looked like a person without a face

As she washes the foam out of the hairpiece she explained to her followers: ‘I thought my wig needs a wash and I thought I’ll bring her in the bath with me.

‘But I’m totally weirded out right now… My knee looks like a person without a face!’ She captioned the post, ‘Wig dramas.’

Stacey’s legion of loyal 841,000 Instagram followers were quick to reveal their surprise the stunner wore a wig.

‘That’s quite scary it looks like a face no features you’re barking mad but we love you and your wig,’ one fan wrote, leading the way.

Another remarked: ‘What’s your real hair like? I never knew you wore a wig’.

The songstress first came to fame on the X Factor during the sixth series, where she won the competition, and she’s now on the Loose Women panel. 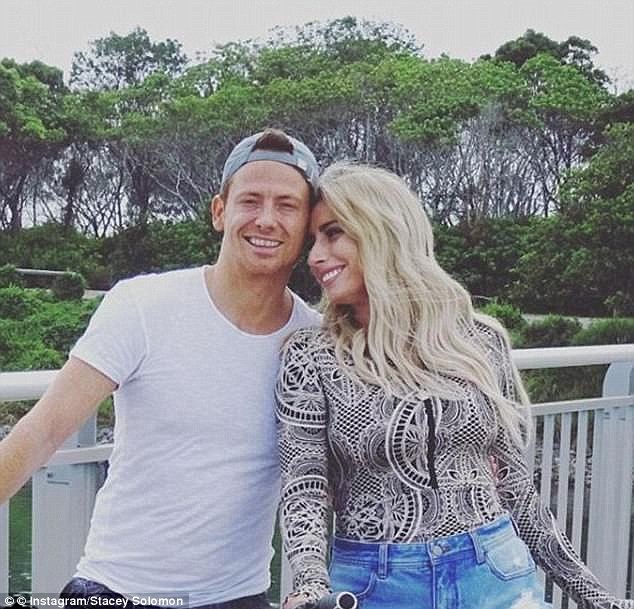 Stacey and partner Joe Walsh, 35, first confirmed their relationship in January 2016 and things have only gone from strength to strength for the pair

Stacey is currently very loved-up with her partner Joe Walsh, 35, who she has been dating since January 2016.

While she has openly expressed her desire to marry and have children with Joe, Stacey admitted she the pair are in no rush.

She told MailOnline last year: ‘I am in love with Joe, however he wants to propose is absolutely fine, but I am in no hurry.

‘I want it to be perfect, I want it to be special, I want the kids to be really happy and a big part of it and I think that’s what we’re both waiting for.’ 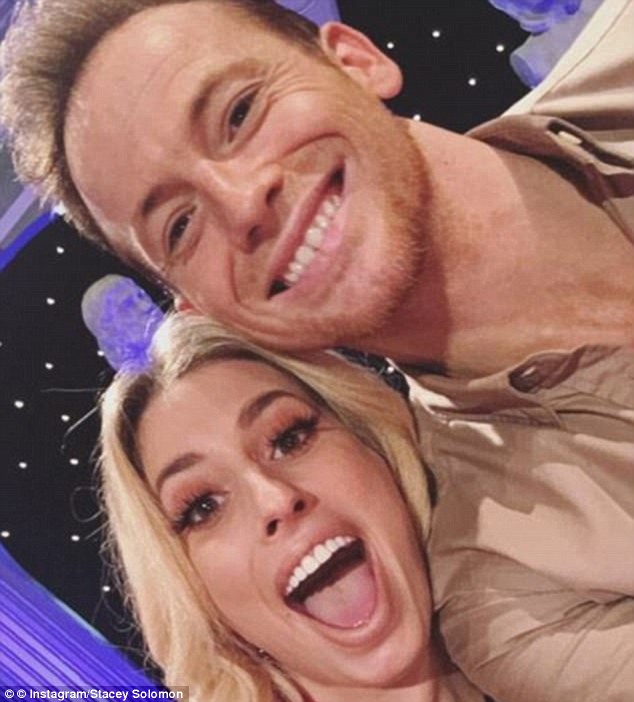 Delighted: The 28-year-old told MailOnline last year, ‘I am in love with Joe, however he wants to propose is absolutely fine, but I am in no hurry’