The former Australian Idol winner was forced to undergo stomach removal surgery last year after being diagnosed with the rare cancer-causing mutation, CDH1.

And Stan Walker’s inspiring road to recovery has been showcased in his tell-all documentary ‘Stan’ – including his painful first steps after surgery.

The morning after his operation, the recording artist winced in agony as he slowly walked the hospital corridor in his gown, claiming: ‘I don’t even know if I can go far.’

REVEALED: ‘I didn’t think it was going to hurt this much!’ Stan Walker struggles during painful first steps after undergoing stomach removal surgery in tell-all documentary

The mutation Stan is believed to have inherited the rare cancer-causing mutation known as CDH1, which has reportedly caused the deaths of more than 25 members of his family.

The feature-length documentary, Stan, aired on New Zealand’s ThreeNow on Sunday, but an Australian release date has yet to be confirmed.

The 27-year-old’s mother, April, can be heard encouraging her son to push through the pain as she films his valiant effort less than 24 hours after his emotional surgery.

‘You’ve just got to do it so your body doesn’t shut down, this is the whole reason why you’re walking,’ she can be heard saying as she outstretched her hand.

Stan braves the discomfort by taking deep breaths and holding his stomach with every small step, before leaning against a nearby wall to rest.

With a concerned face, he admitted: ‘Man, I didn’t think it was going to hurt this much.’ 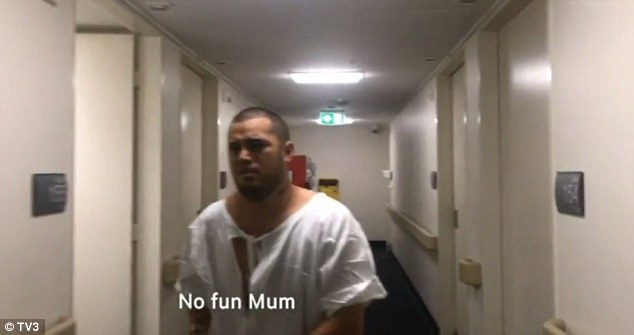 ‘You’ve just got to do it so your body doesn’t shut down’: The recording artist winced in agony as he slowly paced the hospital corridor in his gown, with his mother encouraging him with ever step 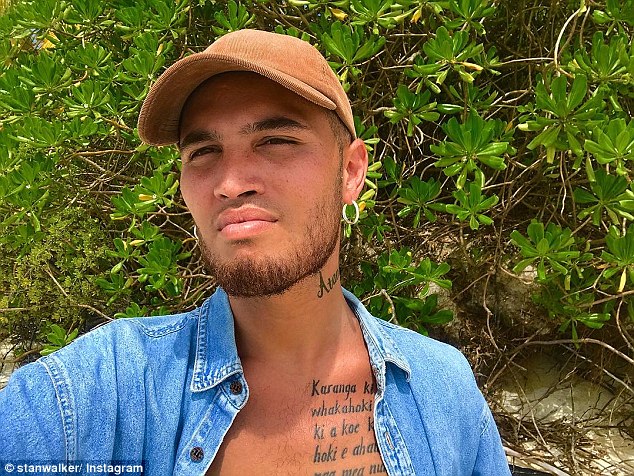 ‘What if I can’t sing again? This is my bread and butter’: In a tearful trailer for the documentary, yet to be aired in Australia, he feared for his life and worried if he would walk or sing again

Earlier this month, Stan released a preview clip of his film, which covers the last nine months of his life and his battle with the serious illness.

Part of the trailer, shared to Instagram, showed the artist lying in a hospital bed and shedding tears ahead of his surgery.

‘They’re all expecting me to get up and walk around, but I’m scared,’ he said.

The cameras are seen following the Choose You singer through his health scare, as he lay in bed pondering: ‘What if I can’t sing again? This is my bread and butter.’ 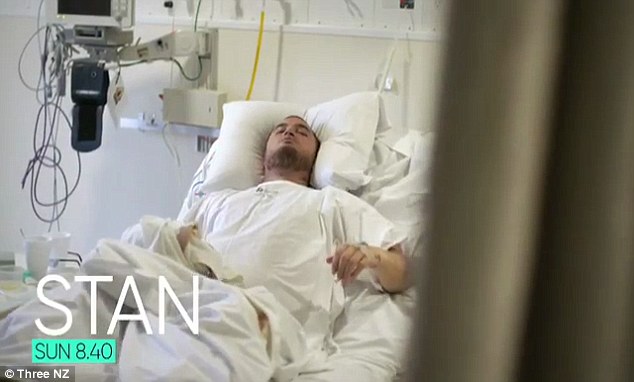 ‘ What if there’s a complication and I die?’ On Tuesday, former Australian Idol winner Stan Walker released a preview clip of his upcoming documentary

His supportive mother features heavily in the documentary, and is seen expressing pain and sadness in the face of the ordeal.

His mum spoke to the camera in the trailer: ‘I’d rather I go before my children – any mother and any parent would.’

Stan goes on to say: ‘It’s been hard for my mum, she cries every day and she blames herself too.’ 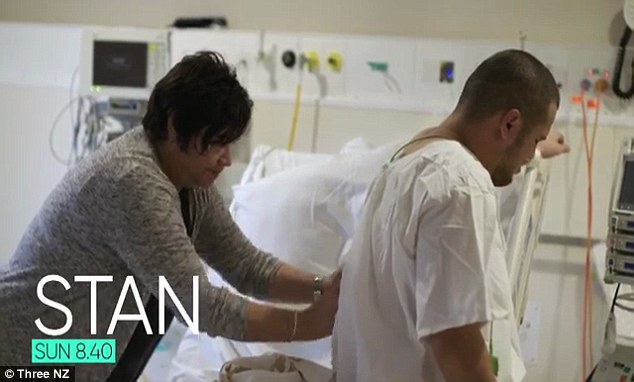 Heart-breaking story: Wearing a hospital gown and hair net, Stan’s mother is seen rubbing his back while an expression of pain and sadness is shown on both his and his mother’s face 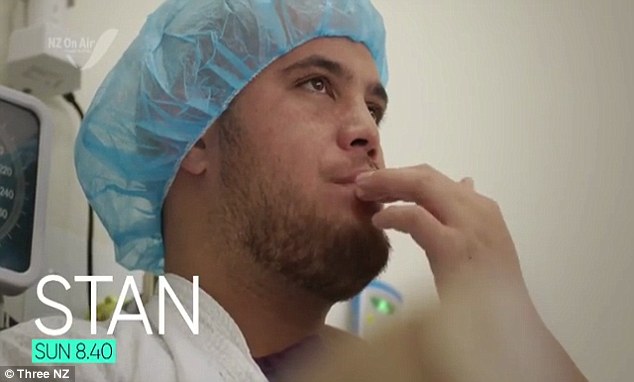 Staying strong: Stan goes on to say: ‘it’s been hard for my mum, she cries every day and she blames herself too’

At the end of the clip, his mother speaks candidly to the camera, sharing: ‘I just have to block it out, stay strong, be with Stan and help him.’

After much speculation surrounding his illness, he added: ‘I bet half the people thinking I was on crack or whatever y’all were saying are feeling pretty dumb right now.’

‘There is always someone worse off going through a lot worse. All I’m going to say is that I’m blessed to be alive and well.’ 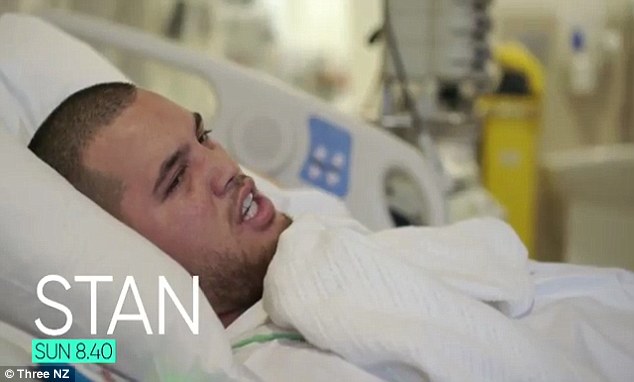 Truth unveiled: At the end of the clip, his mother speaks candidly to the camera, sharing: ‘I just have to block it out, stay strong, be with Stan and help him’ 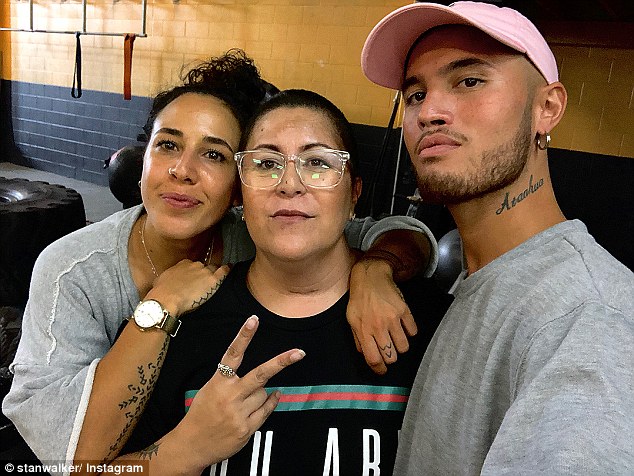 Family first: Referring to a native Maori language term for family, he added: ‘God is good & I’ve been blessed with a back bone of whanaua and friends that go through the highs and the lowest of lows with me’