American men are starting families later in life – increasing the risks of birth defects, a new study has revealed.

Experts say the older age could help the upbringing of children because older fathers are more likely to have better jobs and a stable economic standing.

But, older fathers are also more likely to contribute to birth defects such as autism, schizophrenia and pediatric cancer because their sperm has more mutations in it.

Actor George Clooney became a first-time dad at 56 years old with his wife Amal. The age of fathers in the US has grown three-and-a-half years over the past four decades 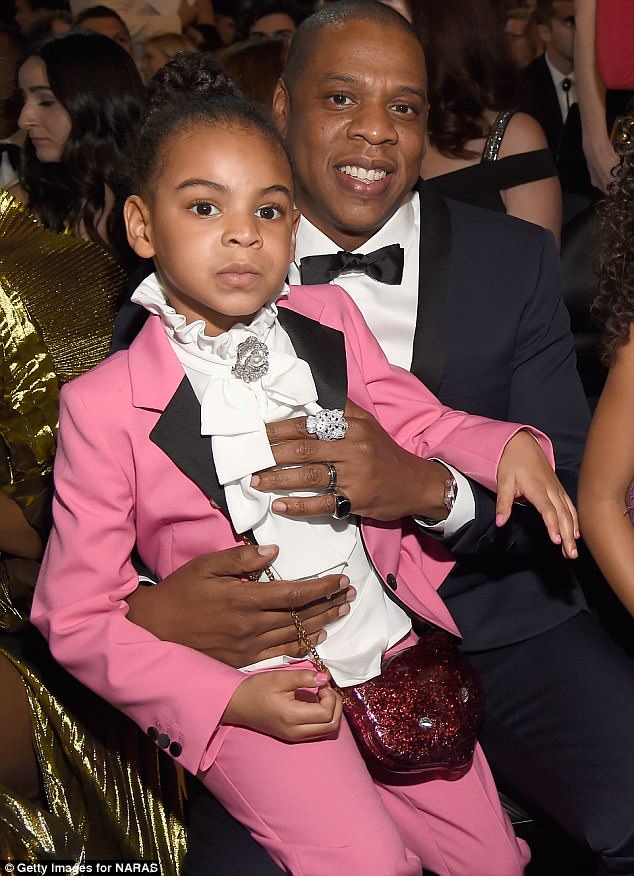 Men over the age of 40 now make up for nine percent of the births in the United States. Rapper Jay-Z was 42 years old when his first child Blue Ivy was born, and is now 47, having just fathered twins Rumi and Sir. Here is Jay-Z and Blue Ivy at the 2017 GRAMMY Awards 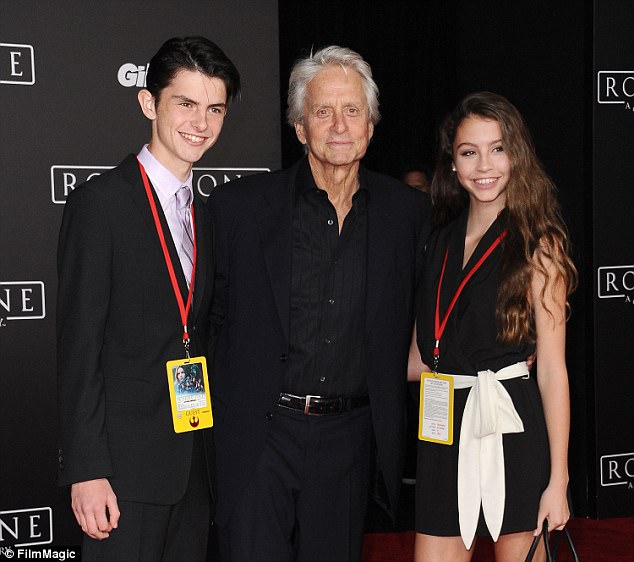 Another notable celebrity father is Michael Douglas. He had his second and third child when he was 55 and 58 years old. Here he is with his second child Dylan Michael (left) and third child Carys Zeta (right) and the premiere of Rogue One: A Star Wars Story Men over the age of 50 contribute to close to one percent of the births in the United States

Researchers at Stanford University School of Medicine in California studied all the births in the United States from 1972 to 2015.

They looked at paternal age, level of education, and race and ethnicity of the parents.

The paternal age also grew with educational level of the father, so newborns’ fathers with a college degree were on average 33.3 years old.

‘Ever potential dad acquires an average of two new mutations in his sperm every year,’ Dr Eisenberg said.

‘And there are associations between older fatherhood and the higher rates of autism, schizophrenia, chromosomal abnormalities, some pediatric cancers and certain genetic conditions.’ 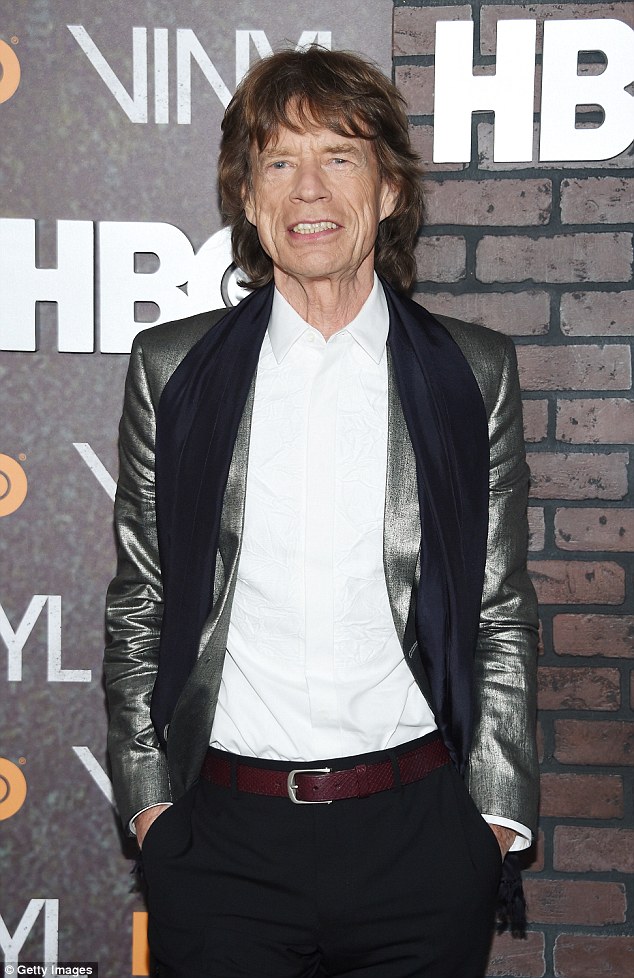 Sir Mick Jagger stunned headlines when he had his eighth child just last December. He was 73 years old when his wife Melanie Hamrick had a baby

But he also noted that older fathers are more likely to have better jobs and more resources.

This will help create stable lifestyles that will likely influence their children when they become involved in having children.

The age women are becoming mothers has also increased over the past couple of decades.

‘Maternal ages at birth have been increasing, too.’ Dr Eisenberg said. ‘In fact, they’ve advanced even more than paternal ages have in the same time frame.’

‘This may be a consequence of women waiting longer to get married or putting off childbearing as the years they spend in higher education increase and as careers become more central to their lives,’ Dr Eisenberg said. 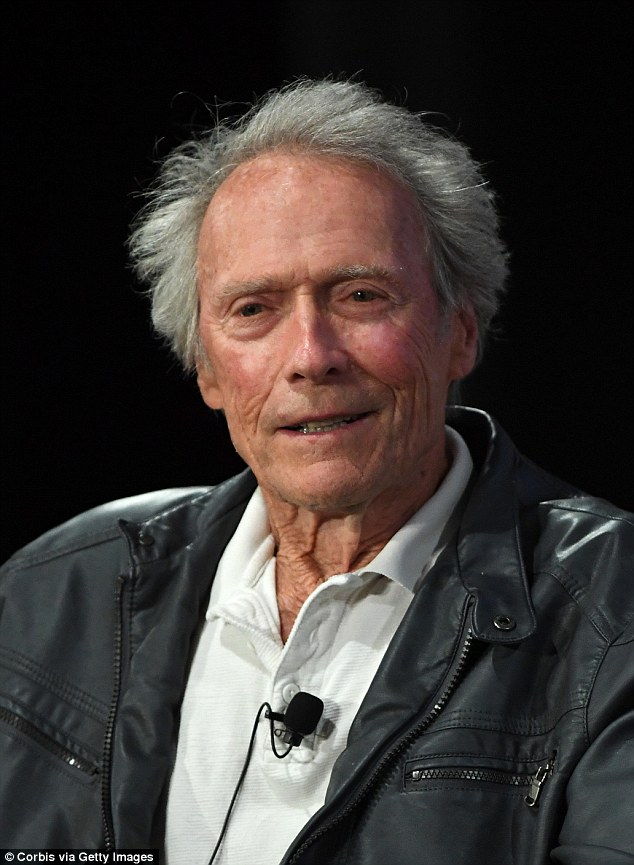 This successful movie and TV star didn’t let age stop him. He had his youngest daughter, Morgan, when he was 66 years old 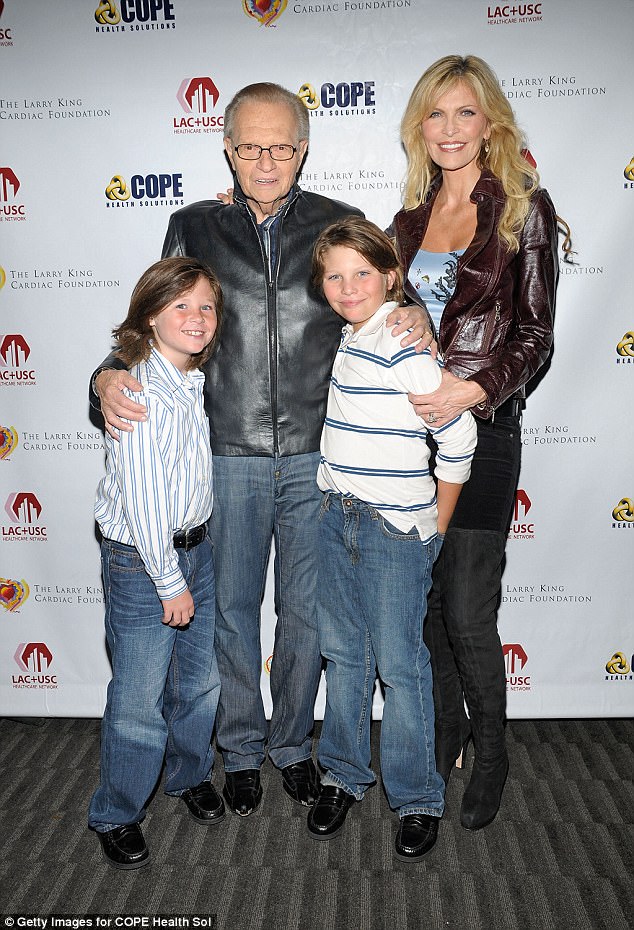 The television personality has amassed five kids during his eight different marriages. Larry King’s most recent child was born in 2000 when he was 66 years old. This is him with his wife Shawn and his two youngest children Cannon (left) and Chase (right)

These patterns are seen in all racial, regional, age and education categories.

Two factors that have changed since 1972 is that contraception is more available and reliable these days and women are more integrated in the workforce.

But he said that fewer years for childbearing could cause a reduction in family sizes and cause potential economic ramifications.

‘Fewer people being born means fewer productive workers a generation down the road,’ he said. ‘This can obviously have profound tax and economic implications.’

The youngest dad recorded during the 44-year period covered in the study was eleven years old; the oldest was 88.

But the world-record holder, Eisenberg said, is a gentleman from India who early in this decade fathered two children at the age of 94 and 96 with a wife who was in her late 50s.

‘Unfortunately, they wound up separating,’ he said.