He escaped a lengthy prison sentence for sexually assault, serving just three months behind bars for attacking an unconscious college girl behind a dumpster in 2016.

But Stanford swimmer Brock Turner has had his rapist reputation immortalized in a college law textbook.

The 22-year-old’s mugshot appears next to the definition of ‘rape’ in Introduction to Criminal Justice and a brief description of his sensational arrest, conviction and sentencing is provided beneath it.

‘Brock Turner, a Stanford student who raped and assaulted an unconscious female college student behind a dumpster at a fraternity party, was recently released from jail after serving only three months,’ it reads.

‘Some are shocked at how short this sentence is. Others who are more familiar with the way sexual violence has been handled in the criminal system are shocked that he was found guilty and served any time at all.

‘What do you think?’ authors Callie Marie Rennison and Mary Dodge go on.

Delighted by his association to the topic, one student shared a photograph of the page on Facebook last week after classes began.

‘He may have been able to get out of prison time but in my Criminal Justice 101 textbook, Brock Turner is the definition of rape, so he’s got that goin for him..’ they said.

Turner was never convicted of rape but was instead found guilty of three counts of felony sexual assault.

He was arrested after being seen penetrating a drunk, unconscious girl with his fingers behind a dumpster on Stanford’s University Campus in California.

The star swimmer was initially indicted with two counts of rape, two counts of felony sexual assault and one count of attempted rape. He denied all of them.

The rape charges were dropped during his trial but he was convicted of three counts of felony sexual assault in March 2016. 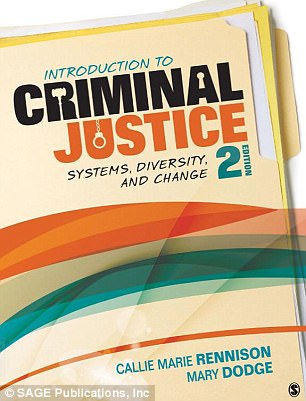 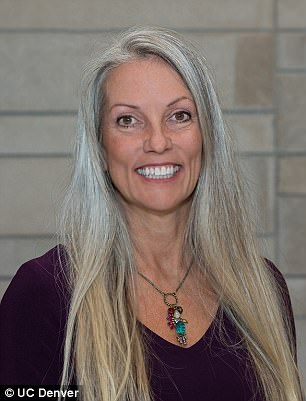 The book is Introduction to Criminal Justice, 2nd Edition. One of its authors, Callie Marie Rennison, is seen (right) 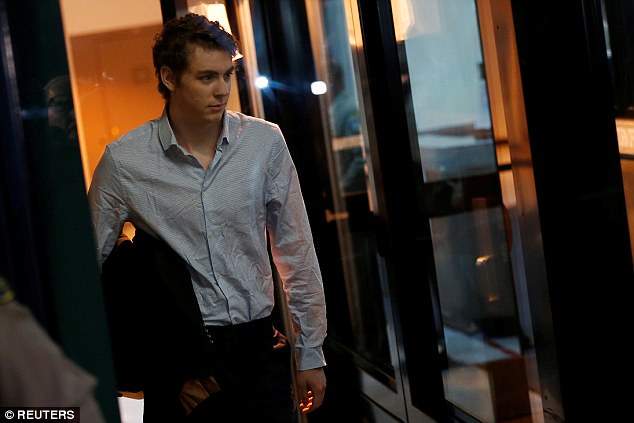 Turner, now 22, spent just three months in jail for sexually assaulting an unconscious girl behind a dumpster after a fraternity party at Stanford University in January 26. He is seen being released from custody on September 2, 2016 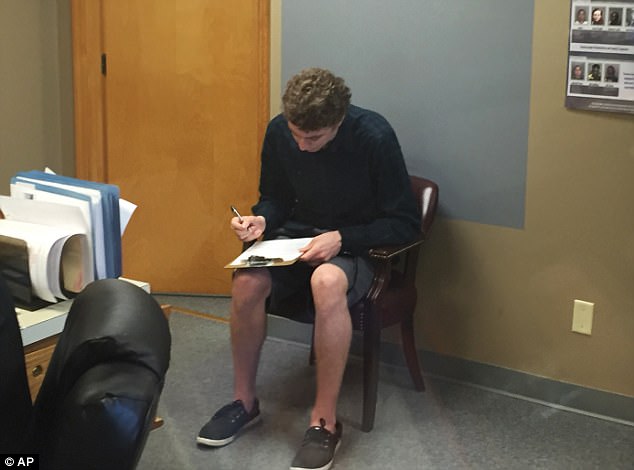 Before his release, Turner was forced to sign the sex offenders register (shown above)

He could have been jailed for up to 14 years, the maximum sentence in California, but instead was given just six months imprisonment and three years probation. Turner served just three of those months before being released last fall.

The sentence sparked outrage and was considered by many as proof of the justice system’s unfair treatment of rape victims and abysmal handling of sexual assault cases. 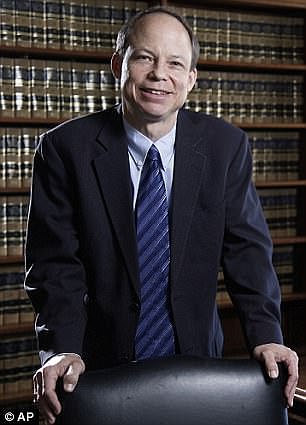 As part of the trial, Turner’s victim, a 23-year-old who was not a student at Stanford but who was visiting, described the horrors of the legal system and how it had tortured her since the case was brought to light.

Turner’s father fueled public fury when, in a letter to a judge begging him to spare his son jail, he described it as ‘a steep price to pay for 20 minutes of action’.

‘His life will never be the one that he dreamed about and worked so hard to achieve,’ Dan. A. Turner wrote.

Turner became the face of the college campus sex scandal which engulfed the US last year and which continues to be fought over and challenged by activists across the country.

The judge who sentenced him was investigated for misconduct but was cleared and has defended his decision ever since he delivered it.

There are calls for the judge, who is a Stanford alumnus, to be recalled.