Starbucks employee, 21, is arrested for allegedly spitting in the coffees of New Jersey officers

Kevin Trejo, a 21-year-old from Westwood, was arrested on Monday after it was determined he spat into the drinks of several officers at a Park Ridge location

An employee at a New Jersey Starbucks has been detained for spitting in numerous drinks belonging to police officers, local authorities shared.

Kevin Trejo, a 21-year-old from Westwood, was arrested on Monday after it was determined that he spat into the drinks of several officers at a Park Ridge location.

‘Under the current COVID threat, it is extremely disturbing to think that someone would intentionally spit in your drink,’ Park Ridge Police Capt. Joseph Rampolla said, NorthJersey.com reports.

It is currently unknown just how many drinks were allegedly spat into.

A spokesperson for Starbucks said Trejo’s actions were ‘reprehensible’ and shared that the employee had been fired.

‘We will continue to support Park Ridge Police in their investigation and have a deep respect for the Park Ridge Police Department and the officers who help keep our partners and communities safe,’ the spokesperson added.

Rampolla noted that the Park Ridge location normally has an amicable relationship with local authorities, hosting several ‘Coffee with a Cop’ events. 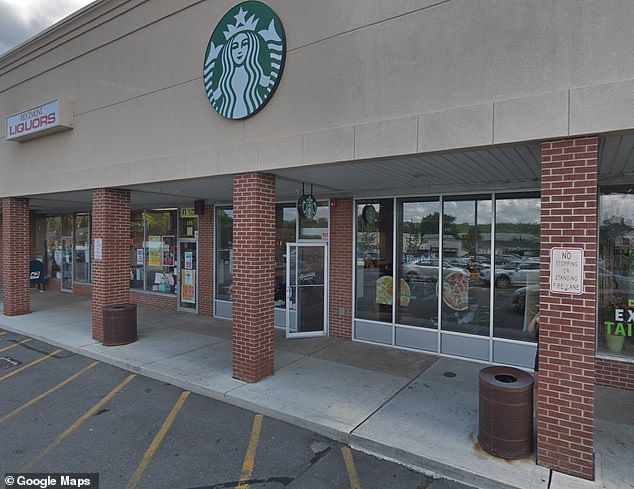 The Park Ridge location normally has an amicable relationship with local authorities, hosting several ‘Coffee with a Cop’ events

‘We believe this was an isolated act but it does not remove the shock and disgust that our officers feel,’ Rampolla said.

He added that officers who were possibly exposed to the coronavirus will be tested for the virus.

The incident comes as police across the country have accused several restaurants of tampering with their food or drinks, amid growing tension as protest call an end to police brutality in the United States.

‘Officers risk their lives daily, it shouldn’t be while getting coffee,’ Patrick Colligan, president of the New Jersey State Policemen’s Benevolent Association, said in a statement.