An upstate New York Starbucks employee claims that she was denied time off and compensation after incurring second-degree burns on the job — and she suspects it may be retaliation due to her efforts to unionize the store.

Julia, who works at the East Robinson Starbucks location in Buffalo, New York, said that she was recently working a shift supervisor when hot water spilled on her, giving her severe burns.

She claims that she was only able to get a single day off — and had to use vacation time — and has been denied more sick days or compensation for her injury.

According to a GoFundMe page, she and other employees at the store recently filed for a union vote, with Julia serving as a ‘vital organizing committee member.’

Her coworkers believe that the store’s treatment of Julia is part of a ‘campaign’ to ‘force union leaders to quit.’

Julia, who works at the East Robinson Starbucks location in Buffalo, New York, was recently working a shift supervisor when hot water spilled on her 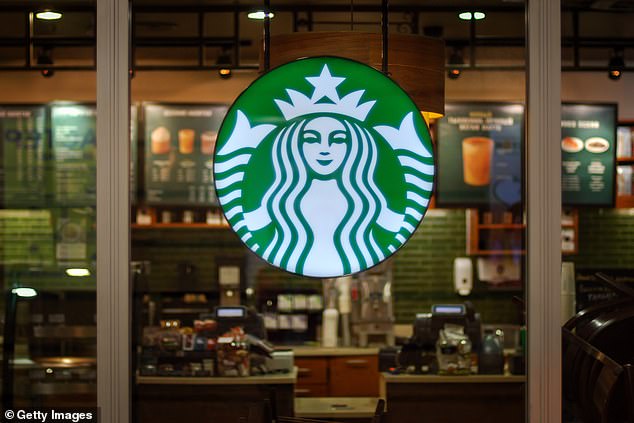 Julia’s story was posted by the TikTok account SBWorkersUnited, which supports Starbucks employees’ efforts to unionize.

In the clip, Julia sits at a table in a Starbucks and recounts what happened when she was working as a shift supervisor closing the store last Thursday night.

She said that she noticed a coffee urn that had already been cleaned was being cleaned again, so she went to grab it, not realizing that it was open and full of hot water.

‘I spilled hot water all over myself and it burned my foot,’ she said. ‘I was wearing protective shoes but I still burned my foot and got second-degree burns all over my toes and the whole side of my left foot.’

Despite her injury occurring on the job, she said, ‘I had to return to work right away.’

She was only able to call off one day, and was required to use one of her sick days.

What’s more, she said, she filed an incident report but has received no compensation, ‘nor did my manager reply to me, to my phone call or my text message, regarding my incident.’

‘I have not seen her since, or have heard [from] her since it happened,’ she said. ‘It is now Monday, the next week, and I’m still at work, and I still have worked, and my foot has worsened from being at work. 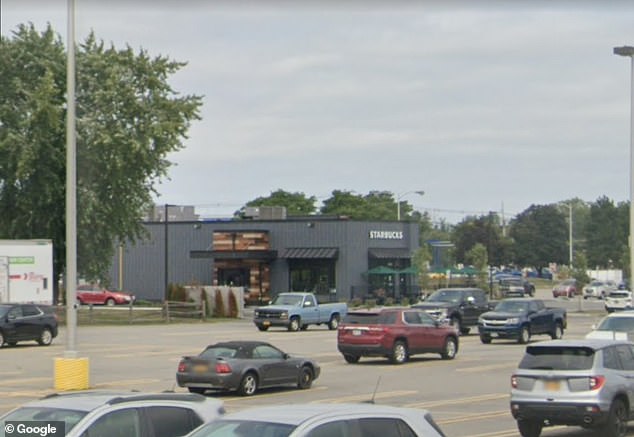 Only one day off was granted and she had to use a sick day; she says she was also denied compensation and her manager hasn’t returned her calls 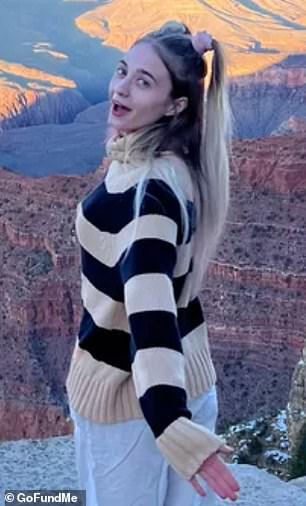 According to her colleagues, her store recently filed for a union vote, with Julia serving as a ‘vital organizing committee member.’ They believe that the store’s treatment of Julia is part of a ‘campaign’ to ‘force union leaders to quit’

‘I just need some help, because I have no sick time available left to use, and they’re forcing me, basically, to work with the condition I’m in. And I can’t even put shoes on,’ she said.

Julia’s coworkers launched a GoFundMe page for her, writng that Julia was ‘denied time off, compensation to properly recover, and any support from management.’

‘Our store recently filed for a union vote, with Julia as one of our vital organizing committee members,’ they wrote.

‘Starbucks has engaged in a very public campaign to try to force union leaders to quit and we believe this treatment of Julia is part of this pattern.

‘As Julia’s partners, we are asking for public support and assistance to help Julia get the medical attention and time off she needs.’

In New York state, employers are required to pay for insurance for workers’ compensation cases. Employees can file claims, which must be paid if the ’employer or insurance carrier agrees that the injury or illness is work-related’ — regardless of who was at fault.