Fear not, because Starbucks has come to the rescue with the release of yet another covetable limited-edition drink collection, which hit stores this week..

The Black and White Mocha Collection features three new things to sip and can be ordered through January 11. 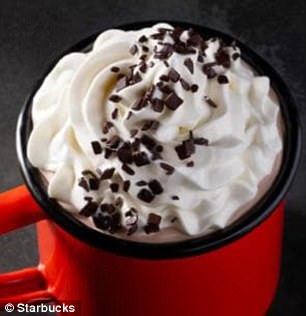 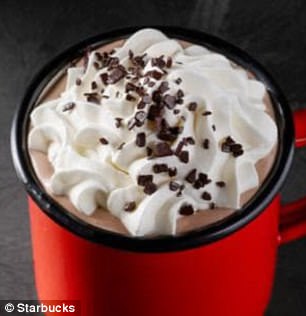 Three is the magic number: Featuring a Mocha, Cocoa, and a Frappuccino, the trio of drinks are currently available in stores in the US and Canada through the first week of January

Fan club: Customers have taken to social media to review the new drinks

Best day ever: People are posting glowing reports of the drinks on Twitter

Generous: One customer even shared how a colleague gifted her with the new drink and it’s now her favorite

‘The New Year is a time to celebrate,’ said Erin Marinan from Starbucks’ beverage development team. ‘The Black and White Mocha collection is a festive way to ring in 2018, with a stripe of sparkly chocolate sequins to resemble a black tie.’

And the collection is fast becoming a favorite with customers who have taken to social media to share their appreciation for the creation.

On Twitter, @xolaurae wrote: @starbucks the #BlackAndWhiteMocha is making my day!’

And @Kaila_Dias said: ‘The new black and white mocha from Starbucks is my new favorite frapp’.

Fan @xoMamaof2xo added: ‘@Starbucks the Black and White Mocha is amazing. Even my husband agrees and he does not like to try anything from his normal. Do you plan on keeping the drink?’

Thankfully, Starbucks shared this tip with her: ‘After the holidays you can order a mocha and swap half the mocha sauce for white chocolate sauce. The chocolate sequins topping is only available during the holidays, while supplies last.’ 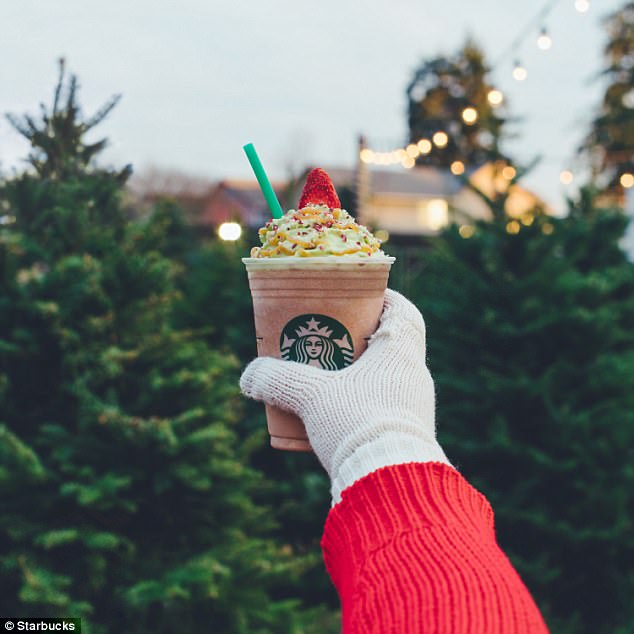 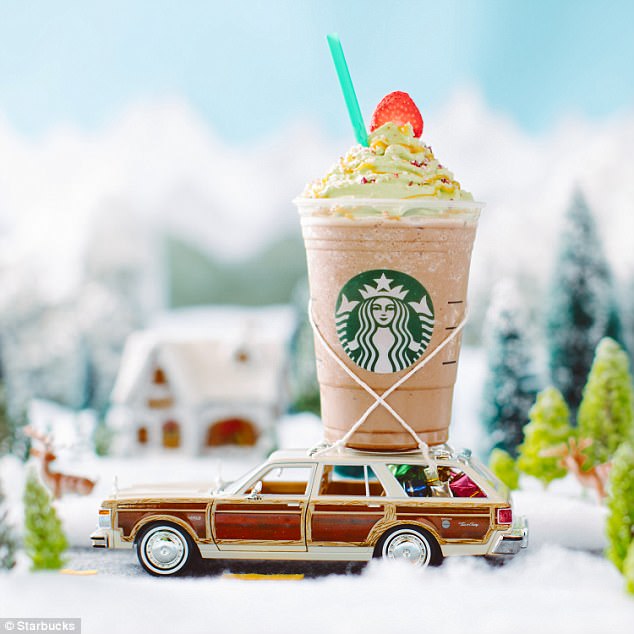 Exclusive: The drink was only available December 7 through December 11 in the US and Canada 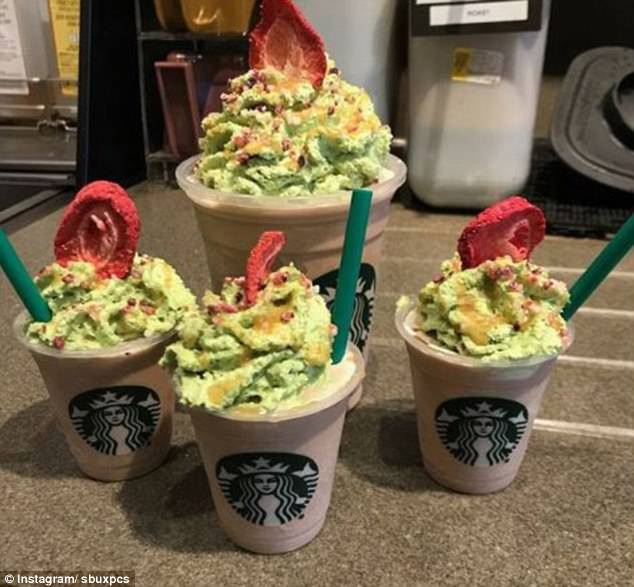 Mint chocolate: It was made with a with a Peppermint Mocha Crème Frappuccino base

The peppermint mocha-flavored Frapp was topped with green whipped cream and candy ‘ornaments’, so it looked just as festive as it tasted.

The drink was only in stores from December 7 through December 11 and proved highly popular with customers, who flooded social media with images and reviews of the limited drink.

Featuring a Peppermint Mocha Crème Frappuccino base, the drink was topped with green matcha whipped cream, which was piled high to look like a tree.

The whipped cream was then drizzled with a caramel ‘garland’ and sprinkled with candied cranberry ‘ornaments’. Finally, on top, they put a strawberry ‘tree topper’. 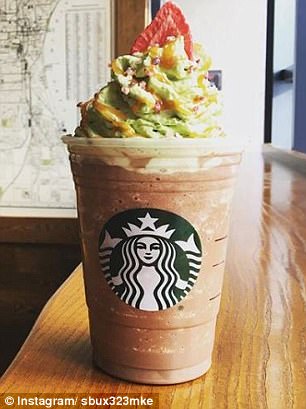 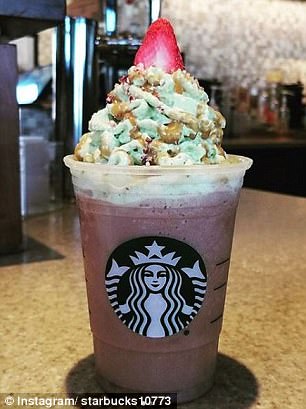 Festive: It’s topped with green matcha whipped cream, which is piled high to look like a tree 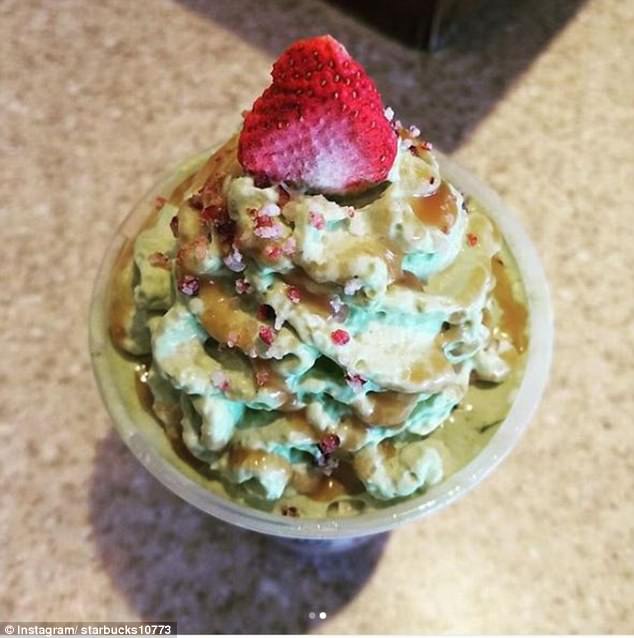 Decorative: The whipped cream is sprinkled with candied cranberry ‘ornaments’ 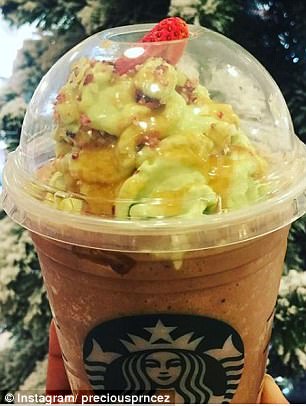 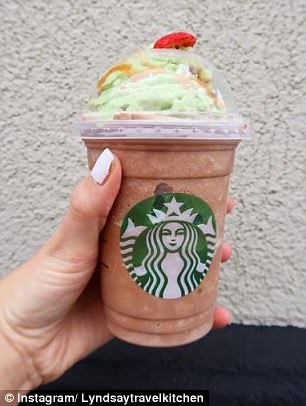 Cute: There is also a caramel drizzle ‘garland’ and a tree topper made out of a strawberry 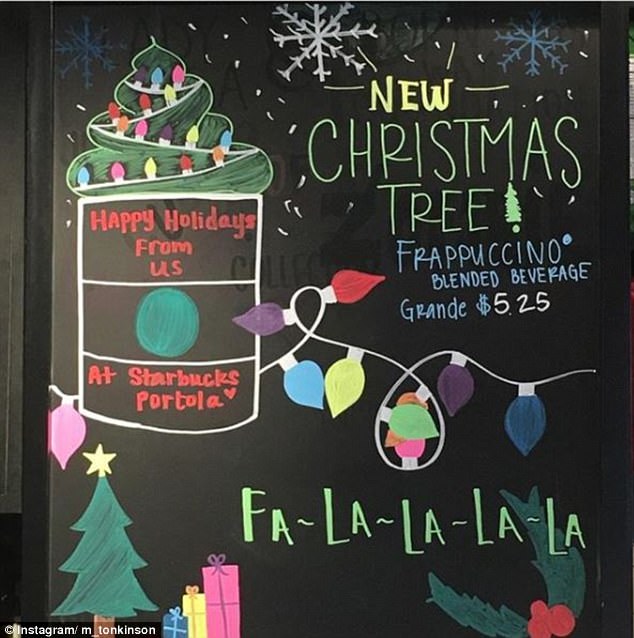 Get it while it’s cold! The drink was unveiled this morning and is already very buzzy

Yum: Reviews were mostly positive, though some noted that it didn’t look like it does in pictures

A little fun: There were plenty of Christmas-loving customers who just wanted it because it was seasonal

‘OH MEH GOAD I JUST SAW THE STARBUCKS CHRISTMAS TREE FRAPPUCCINO and the very sight of it gave me a medical event. I want one so badly,’ wrote one excited fan.

‘I hate Christmas but I NEED a Christmas tree Frappuccino ASAP please and thank you,’ wrote another.

While there were a few skeptics who wrote that they didn’t understand why anyone would ‘need’ such a drink, most people who have taken to social media to comment on the drink are excited.

‘Verdict: minty and tasty, though not as festive looking as some of the other special frapps like the zombie or unicorn. Still good, though!’ wrote one reviewer. Said another: ‘We tried the new Christmas Tree Frappuccino at work earlier and it looks atrocious but it doesn’t taste half bad.’

‘Bought a Christmas Tree Frappuccino from Starbucks because I have no f***ing self control when it comes to Christmas-related things,’ another said.