The comments came after Politico Playbook reported on an obscure passage in Florida’s statute on interstate extradition that gives DeSantis the power to investigate whether a person ‘ought to be surrendered’ to law enforcement officials from another state. 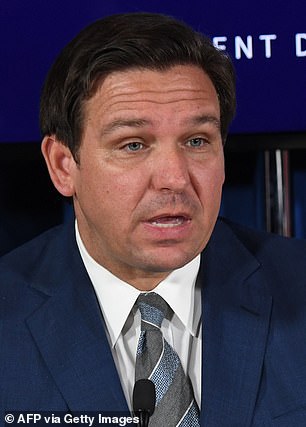 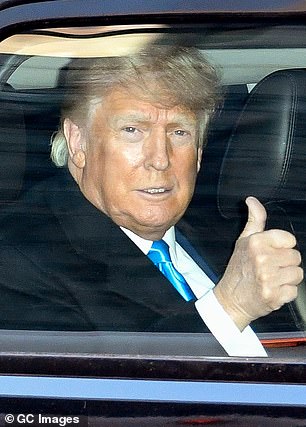 ‘The statute leaves room for interpretation that the governor has the power to order a review and potentially not comply with the extradition notice,’ Joe Abruzzo, the clerk of the Circuit Court of Palm Beach County, told Playbook.

Abruzzo would be in charge of opening a fugitive-at-large case if Trump didn’t comply with a court order.

Aronberg pushed back on Politico’s reporting that DeSantis had any real power to help the former president.

‘He can try to delay it, he can send it to a committee and do research about it, but his role is really ministerial and ultimately the state of New York can go to court and get an order to extradite the former president,’ Aronberg said.

‘But DeSantis could delay matters,’ he added.

He also said there haven’t been high-level conversations between law enforcement in Florida and New York.

‘I can clear that up because I’m the state attorney here in Palm Beach County, and we have not had conversations with prosecutors in New York about this,’ Aronberg said. ‘The story that you saw was informal conversations with the clerk of courts and other local officials in case an indictment happens.’

Manhattan District Attorney Cy Vance’s office has been probing Trump and his businesses on whether the ex-president committed tax fraud, among other things.

Vance has said publicly that he plans to retire at the end of the year and so there’s speculation that indictments would be coming before then.

While Trump landed at Mar-a-Lago after leaving the White House in January, he plans to spend the summer months – when the Palm Beach, Florida club is closed – at his Bedminster, New Jersey property.

Trump is expected to then return to Mar-a-Lago in the fall, when the property reopens to members.

While New Jersey has a similar statute about out-of-state warrants, the state’s governor, Democrat Phil Murphy, would have no problem turning Trump over to New York.