Barcelona have so often relied on Lionel Messi to inspire them with moments of genius, brilliant goals to carry them through otherwise lacklustre displays.

However when Messi has an off-night, so invariably do Barca – as proved on Tuesday as they were humiliated at Anfield.

Barca were beaten 4-0 by Liverpool in the Champions League semi-final second leg, sending them crashing out 4-3 on aggregate. 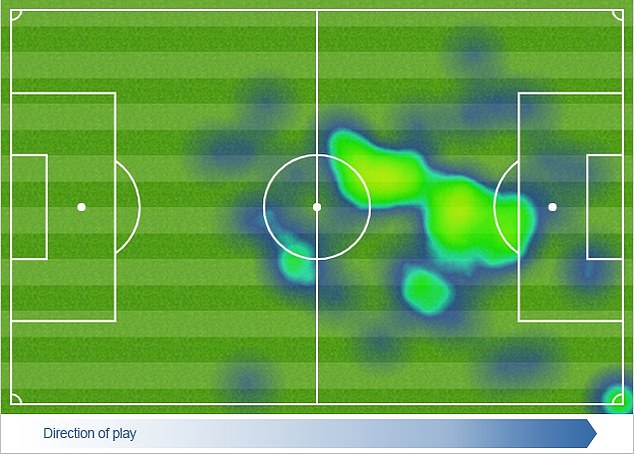 Accurate passes in Liverpool half: 30

Liverpool half pass completion (per cent): 81.1

Barcelona were pinned back early when Divock Origi scored after seven minutes, and stunned when Liverpool pulled level on aggregate after 56 minutes when Gini Wijnaldum scored two quickfire strikes.

Origi swept in a Trent Alexander-Arnold corner for No 4 with 12 minutes to play – yet despite his side needing him and there being time to grab a crucial away goal, Messi was entirely on the periphery.

His heat map from the game shows Messi barely made an impact in the box across the 90 minutes.

The graphic shows Messi confined almost entirely to the middle third of Liverpool’s half in the centre of the pitch – hardly indicative of the star player at the heart of the game.

Stats from the game show Messi had five shots – more than anyone else on the pitch.

However the Argentine was wasteful, and hardly troubled Liverpool goalkeeper Alisson with any of his efforts. By contrast, both Origi and Wijnaldum each had two shots apiece – and scored them. 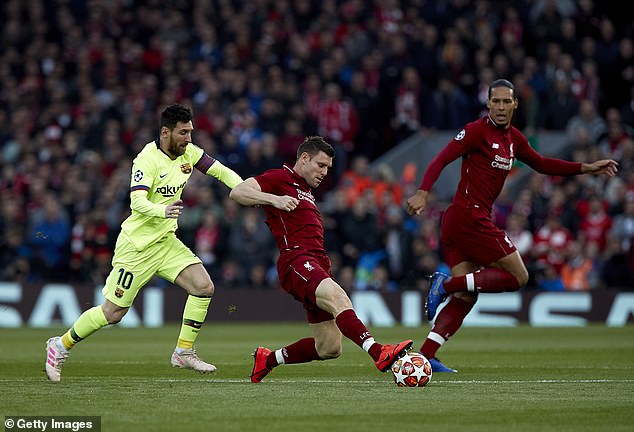 This was only the seventh most of any Barcelona player – all of the back four made more – and joint 12th most of all players on the Anfield turf.

He did attempt a good number of attacking passes in the Liverpool half – 30 – but only found his man on 81.1 per cent of occasions, much lower than his usual sky-high standards. 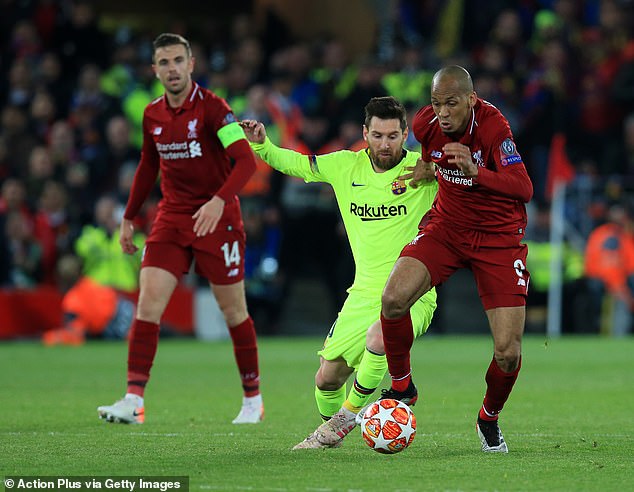 While Messi set up three Barca attempts directly with his passes – the most of any player in his team – in other areas, such as work rate, he was found sorely lacking.

Of 12 one-on-one duels with opposition players, Messi only emerged with the ball on 41.7 per cent of occasions. He lost the ball 17 times through loose passes and challenges, and only won it back twice.

In the entire game, the stats show Messi did not make one single tackle. While that is hardly his primary job, it shows how Barca lacked the effort, quality and desire on Tuesday night to avoid humiliation.