Scientists tested 3,400 retired civil servants and found that their short-term recall declined 38 per cent faster than those still working.

The study authors from University College London and Kings College London said their work ‘highlighted the benefits of stimulating work activities that benefit older people’s memory’. They said the ‘use it or lose it’ message was crucial for pensioners wanting to preserve their mental powers.

They wrote: ‘The smaller cognitive decline before retirement in employees from high employment grade jobs points to the potential benefits of cognitively stimulating activities associated with employment that could benefit older people’s memory.’

Scientists tested 3,400 retired civil servants and found that their short-term recall declined 38 per cent faster than those still working

Professor Cary Cooper, an expert in organisational psychology at Manchester Business School, said: ‘We know the more cognitively active you are, the more it offsets the risk of dementia.

‘I’m not talking about sudoku but doing something completely different from your job. If you worked in the civil service all your life, why not go and help out in a hospital, or teach? The most important thing is to interact with people.’

Researchers studied civil servants taking part in a long-term health investigation, called the Whitehall II study. Volunteers underwent regular memory tests over a 30-year period covering the final part of their careers and the early years of their retirement.

These included checks on verbal memory and the ability to recall words, as well as tests on reasoning and verbal fluency.

The results, published online in the European Journal of Epidemiology, found verbal memory – which declines naturally with age – deteriorated 38 per cent faster once volunteers had retired.

In the study, they said: ‘Retirement accelerates the decline in verbal memory function. This study highlights the benefits of stimulating work activities that benefit older people’s memory.’

Even high-ranking civil servants with mentally demanding jobs saw brain capacity plummet once they quit. This suggests a busy and high-flying career offers no protection against cognitive decline unless pensioners keep physically and mentally active. 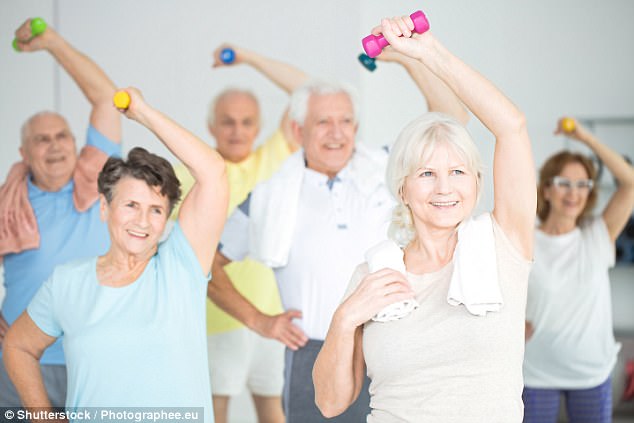 Around 850,000 people in Britain currently have Alzheimer’s disease or dementia. With an ageing population, this figure is forecast to reach one million by 2025 and two million by 2050. Experts say the best way to avoid the conditions is stay active, eat a healthy diet, stop smoking and drink in moderation.

But the latest research suggests giving up work could be a major catalyst for the incurable illness in some people.

Professor Cooper said the study confirmed previous research suggesting a retirement filled with lots of downtime was bad for the brain.

‘It makes it more likely that dementia will set in earlier,’ he said.