Stay-at-home dad on how he raised nine children

The husband of one of the UK’s most brilliant businesswomen has been offering insight into what his life as a stay-at-home dad raising a staggering nine children is like.

Richard Morrissey, who lives with wife Dame Helena Morrissey and their younger children in London’s affluent Notting Hill, says leaving his job as a financial journalist at the age of 35 left him at times ‘lonely’ and ‘frustrated’.

While his wife Helena, Head of Personal Investment at Legal and General, made waves in the corporate world, Richard became a Buddhist monk to cope with the logistics of managing his large family – surviving on treats of non-alcoholic cocktails and episodes of US comedy Modern Family.

‘Lonely and frustrating’: Richard Morrissey gave up his career in financial journalism at the age of 35 to look after his nine children with wife Dame Helena Morrissey 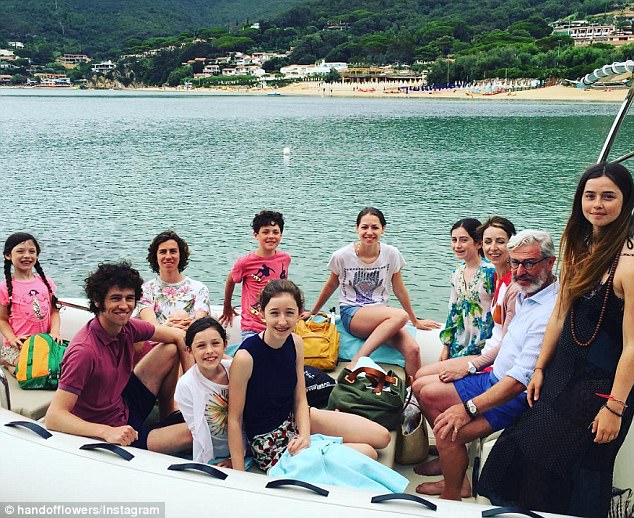 The couple, who met at Cambridge, intended to ‘stop at five’ children but now have a brood that ranges in age from 8 to 26 and they welcomed they first grandchild last year 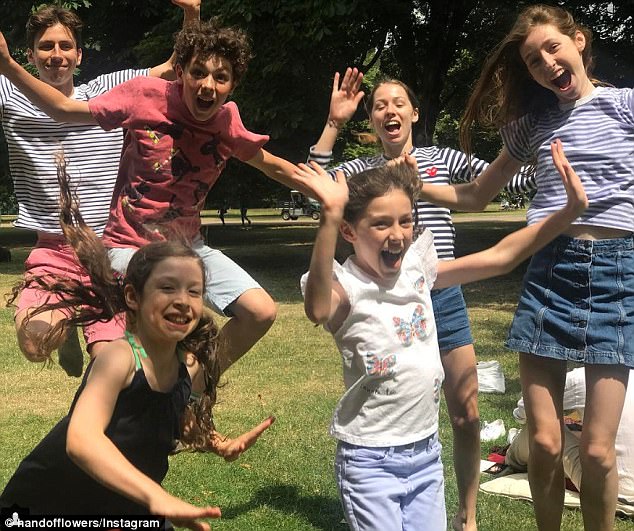 Pass me the non-alcoholic cocktails: in an interview with the Sunday Times, Richard reveals what life as a stay-at-home dad raising nine children is like

The family comprises of three boys and six girls, aged between 8 and 26.

In an interview in The Sunday Times Magazine, Richard reveals that life as a stay-at-home dad could be lonely in spite of having so many youngsters around him.

He says: ‘I’m neither a housewife with friends and a yoga practice, nor a man in the public domain working and playing golf with colleagues.’

‘It has sometimes been aggravating and frustrating.’

Helena herself has been labelled a supermum for managing to juggle her high-powered career with being a mother-of-nine – but in her latest book A Good Time To Be A Girl, she says that having a house husband has been crucial to her success.

Richard decided to give up his job in the run up to the birth of their fourth child and soon turned to Buddhism, becoming a monk while devoting himself to family life. 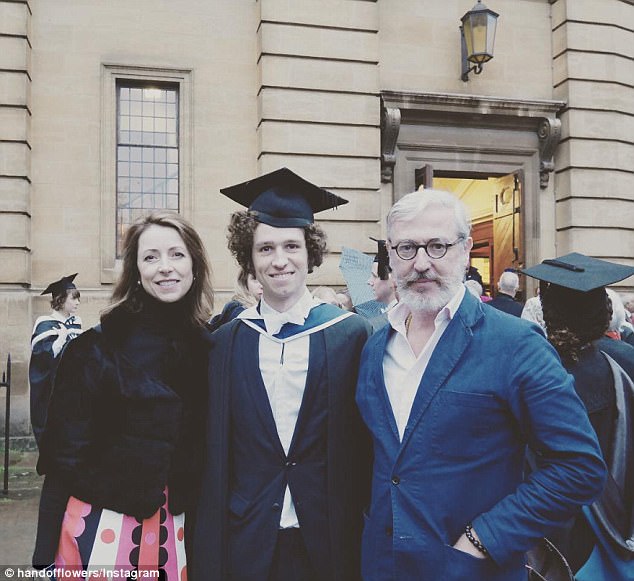 Helena and Richard Morrissey with their oldest son Fitz, 26, after his graduation 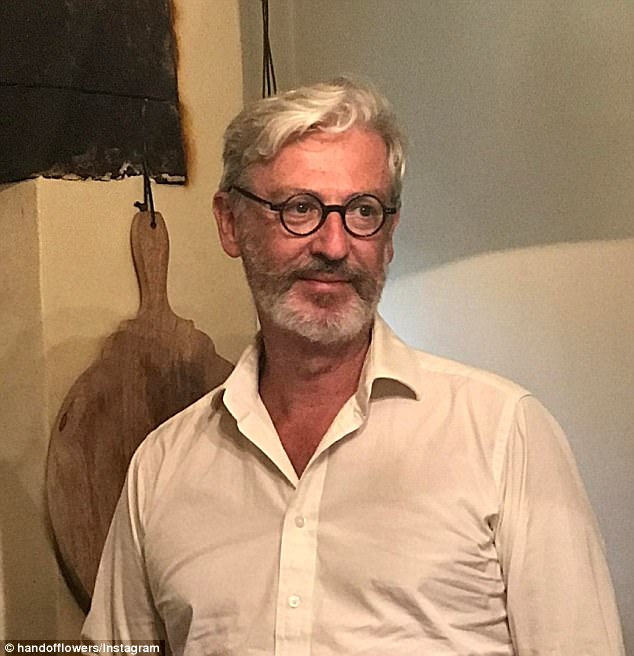 Richard says that society doesn’t always make it easy for men who choose to stay at home, saying: ‘I’m neither a housewife with friends and a yoga practice, nor a man in the public domain working and playing golf with colleagues.’ 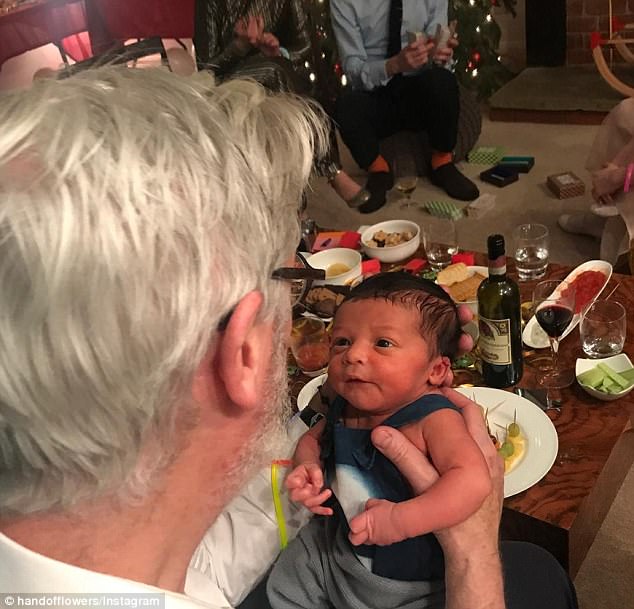 Another addition! The couple’s daughter Flo, 23, gave birth to a son before Christmas, making them grandparents 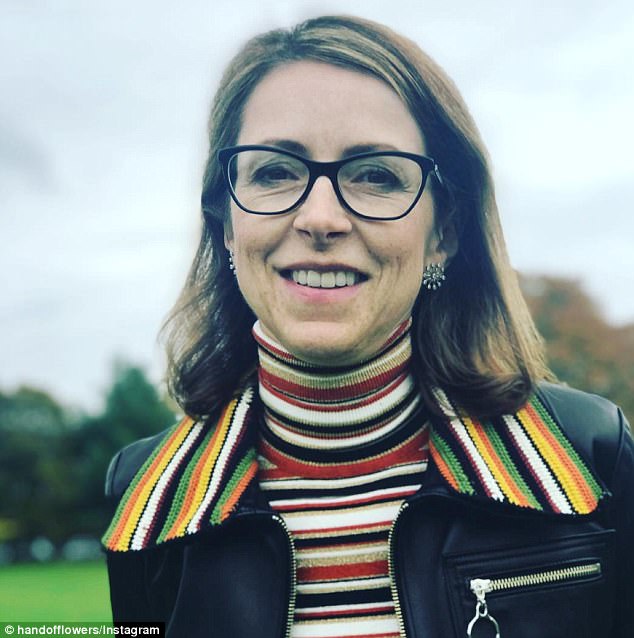 Helena Morrissey, who took between three and six months off work with all of her children calls her husband a ‘trailblazer’ in her new book A Good Time To Be A Girl

Helena previously told the Times how the couple made the decision that Richard would leave work: ‘When we were expecting our fourth child, he sat down one day and said, “Look, we are struggling to cope with both of us having jobs'” — such as working out which one of us would get home to relieve the nanny or wait at home in the morning until she arrives.’

The longest period of maternity leave Helena took was five months with her shortest leave from work being just shy of three months. Despite her intense working schedule, all of the Morrissey children were breastfed.

He says caring for the needs of nine children has seen him focus on routine to successfully raise them including a 5pm ‘mocktail’ session every day and sitting down to relax with episodes of the American sitcom, Modern Family.

He reveals that the hardest part of his role looking after the enormous Morrissey brood has been society’s views of stay-at-home fathers. He says that ‘being a parent in our society is not seen as a meaningful, full-time role, especially for a man, given the lack of income.’

The couple became grandparents at Christmas after their daughter, Flo, 23, gave birth to a son.