Stefanos Tsitsipas will play the Fever-Tree Championships at Queen’s Club for the first time this summer, the tournament has announced.

The 20-year-old Greek is on the verge of breaking into the top 10 for the first time after beating Roger Federer and reaching his maiden grand slam semi-final at the Australian Open.

Tsitsipas’ dynamic style makes him well-suited to grass and he made the fourth round at Wimbledon last summer. 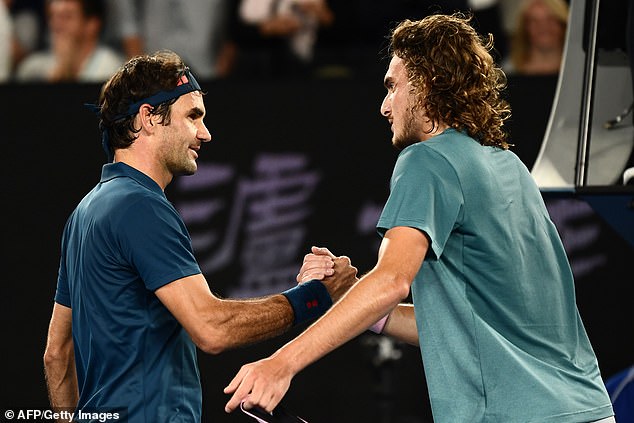 After beating Roger Federer at the Australian Open, Tsitsipas is on the cusp of a top 10 ranking

He said: ‘I am really excited to be coming to The Queen’s Club to play the Fever-Tree Championships for the first time.

‘I have heard so much about this club, so many great champions have lifted the trophy over more than 100 years, and I am looking forward to having my own chance to compete on grass for the title in June.’

Marin Cilic, who beat Novak Djokovic in the final last year, has also confirmed he will defend his title and the pair join British No 1 Kyle Edmund in the field. 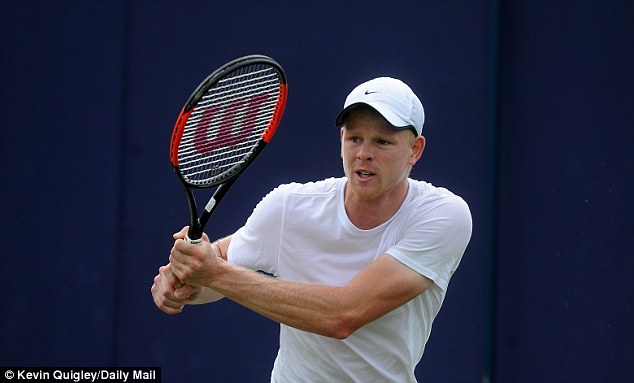 British No 1 Kyle Edmund, pictured at Queen’s last year, is set to compete at the tournament

Tournament director Stephen Farrow was delighted to bring the talents of Tsitsipas and Cilic to this year’s event.

He said: ‘Every year we try to put together a mix of established champions and rising young stars, and Stefanos was at the top of our list when it came to adding new names to the line-up in 2019.

‘He won the ATP NextGen Finals last year, cut through the Australian Open draw to reach the semifinals and backed it up with a title in Marseille last week. He connects with fans wherever he goes and we can’t wait to see him on grass at The Queen’s Club.’

Edmund will head up British prospects on the men’s side while Andy Murray remains on the entry list despite undergoing surgery on his troubled hip after exiting the Australian Open in January. 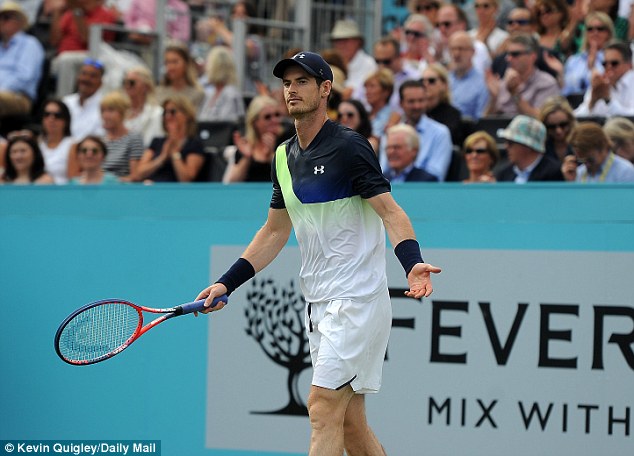 The resurgent Dan Evans, who narrowly missed out on his first ATP Tour title last week at the Delray Beach Open, is continuing his form in a bid to earn an entry spot automatically by the time the grasscourt season arrives.

Two-time Wimbledon champion Murray has a committed to the pre-Wimbledon ATP 500 event for the remainder of his career but it remains unlikely he will have concluded his rehabilitation in time for June.

A high-profile list of players are set to descend on the grounds at Queen’s in a bid to finalise preparations for the grass-court Grand Slam at Wimbledon, which starts at the All England Club a fortnight later on July 1.