A man whose stepson died after being found unconscious with 70 injuries on his body has pleaded guilty to the four-year-old’s manslaughter.

Matthew Scown, 34, was initially charged with murder over the death of Tyrell Cobb but pleaded to the lesser charge at the Brisbane Supreme Court on Wednesday.

During submissions ahead of sentencing, the court heard the boy was vomiting green matter on the night he died.

Scown called triple-0 in distress and performed CPR on the boy as paramedics made their way to the Gold Coast home where the pair were staying.

Tyrell Cobb, 4, (pictured) was allegedly ‘covered in bruises’ and vomiting ‘green slime’ before he was found unconscious in a Gold Coast home in 2009 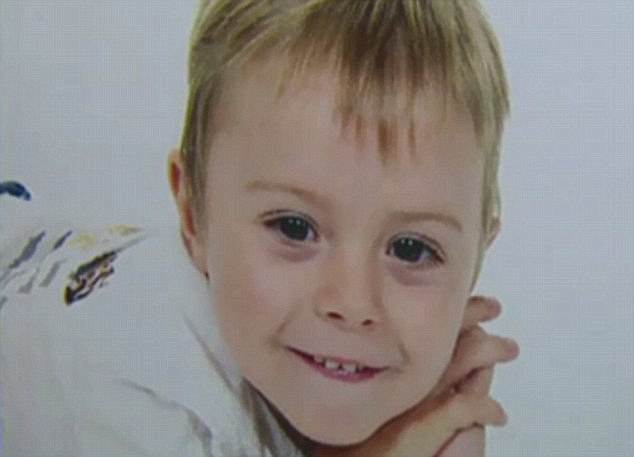 His stepfather Matthew Scown, 34, has pleaded guilty to manslaughter and will likely face sentencing later on Wednesday

‘Looks like he’s going to die on me,’ Scown told the operator, the court heard.

Expert medical evidence from a paediatric surgeon showed Tyrell would have been in ‘extreme pain’ before his death.

Even breathing would have hurt significantly and Tyrell was not able to keep food or water down due to his injuries.

The court heard 53 bruises and 17 abrasions were found on the boy’s body, from head to legs.

The end of his life was spent in ‘misery and pain’ the court heard.

During earlier hearings, the court was told Scown punched or kicked the young boy in the stomach before his death, while he was under his care.

Scown’s ex-partner and Tyrell’s mother Heidi Strbak, 34, also had murder charges downgraded to manslaughter but her case has not yet been dealt with.

Justice John Byrne is hearing submissions ahead of an expected sentence later in the day. 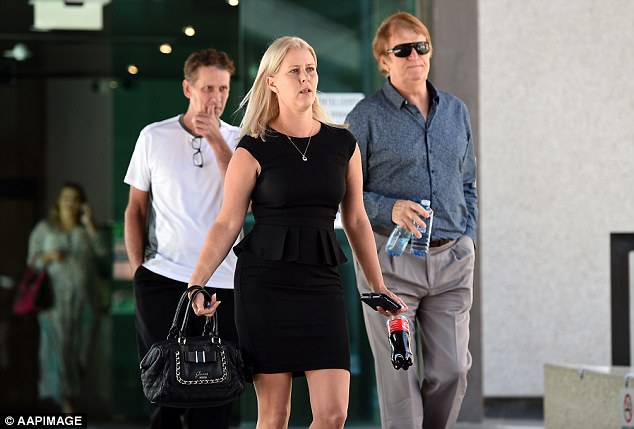 Tyrell’s mother Heidi Strbak (pictured), 34, was initially charged with Tyrell’s murder but had the charges downgraded to manslaughter. Her case has not yet been dealt with