Stephanie Davis has admitted that she felt suicidal whilst battling alcohol addiction and suffering domestic violence at the hands of her ex-boyfriend, Jeremy McConnell.

Stephanie shares Caben, 13 months, with ex Jeremy – who was convicted of assaulting Stephanie as she held their son in her arms last March.

Candid confession: Speaking on Wednesday’s episode of Lorraine, Stephanie Davis has admitted that she felt suicidal whilst battling alcohol addiction and domestic violence

Discussing their turbulent relationship, Stephanie said of their first meeting – which took place in last year’s winter series of Celebrity Big Brother whilst she was still in a relationship with model Sam Reece –  ‘If I did it now I’d do it differently.

‘I knew it was wrong but with the environment, people like that, with narcissistic traits, they give you the image they want you to see. So I fell in love, thought we’d get married then things turned and I went into a downward spiral

‘I didn’t think I’d see my sons first birthday, it got that bad, my self-worth was on the floor.’ 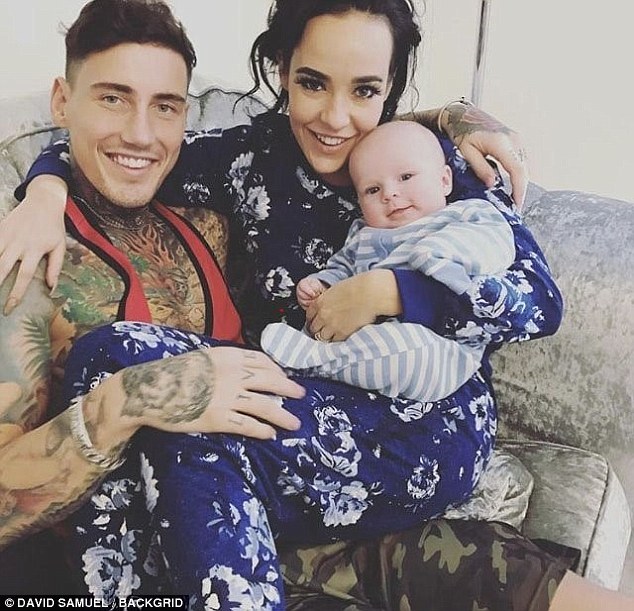 She continued: ‘Part of domestic violence is that it chips away at you, you feel like you’re nothing without them. I told my life coach I didn’t think I’d get to Christmas. I was suicidal. I really was. It’s hard to think I got to that point.

‘What I’ve got to accept is, you can’t argue with someone like that. If Jeremy had killed me he’d think he was right.

‘He’d start with little things like throw the phone charger at my head when I was holding my little boy and it got worse – I won’t get to it because I don’t need to stoop that low.

‘He’s obviously not well at the moment.’ 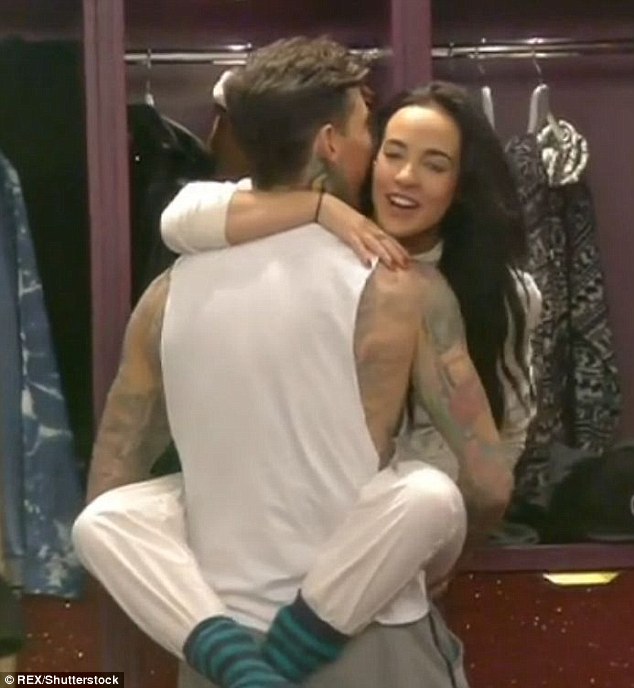 Change of heart: Discussing their turbulent relationship, Stephanie said of their first meeting – which took place in last year’s CBB – ‘If I did it now I’d do it differently’

Discussing Jeremy’s relationship with Caben – who Jeremy initially contested was his biological son – Stephanie continued: ‘I have never stopped him seeing Caben, but he hasn’t shown an interest and hasn’t paid a penny to him.

‘He doesn’t care. He used him for fame. He’s running out of things to use for fame.’

In March, a court heard how Jeremy had thrown the soap actress ‘around like a rag doll’ during the attack, and was handed a 20 week suspended sentence and 200 hours community service in August.

Jeremy was later sentenced to 18 weeks in prison after skipping out eight community service sessions while jetting off to Turkey for a hair and beard transplant.

Following the court case, Stephanie checked into rehab for alcohol addiction, and explained: ‘It was the best decision of my life. It changed everything. It was a big eye-opener.

‘I had a vision of an alcoholic in my head as being a homeless person, I didn’t think it could be me. I’ve always had a problem with drink, it’s never agreed with me.

‘Especially with Jeremy, when he would do things to me, I would drink to block it out.’

Whilst the pair have been without contact, she confessed that they spoke at the end of last year, claiming that Jeremy had blamed his actions on his cocaine addiction, and asked to be a family again.

Jeremy recently spoke to The Sun about his well-documented cocaine addiction, revealing he would snort £200 worth of the Class A substance while doing ‘double-barrelled lines’.

The star underwent emergency surgery on his septum in Poland this month to repair the damage following years of drug abuse.

Jeremy said: ‘There were times when I would get £200, shove it up my nose and do double barrelled lines. We used to call them the M50 after the motorway in Dublin.

Yet, Stephanie revealed there is no chance of a reconciliation, as she reasoned: ‘It’s not going to work. I don’t think there’s anything to work out, Jeremy is not bothered about Caben and I would never let him see him in this frame of mind.’

‘I’m so thankful for my journey and everything I’ve been through as it’s made me who I am today.’

Host Lorraine Kelly also revealed that Stephanie had received no fee to appear on the show and will instead be making a donation to charity.

MailOnline has contacted Jeremy’s representatives for comment on Stephanie’s claims.