The family of murdered school teacher Stephanie Scott has received a payout from the NSW government more than five years after her tragic death.

Ms Scott was raped and murdered by Vincent Stanford at Leeton High School, in the New South Wales Riverina region, on April 5, 2015 – just days out from her wedding.

The 26-year-old had gone into school on a Sunday to set up her class for a substitute teacher who would be covering her as she got married and went on her honeymoon.

But as she carried out her work, the school cleaner Stanford attacked.

Ms Scott’s family later sued the State of NSW and the NSW Department of Education, citing ongoing ‘nervous shock’ – a legal phrase relating to ongoing psychiatric distress after the death of a relative.

While the Scott family has never spoken about their decision to sue the government, their pain remains clear to see – as evidenced by a heart-wrenching recent Instagram post from the slain teacher’s sister, Kim. 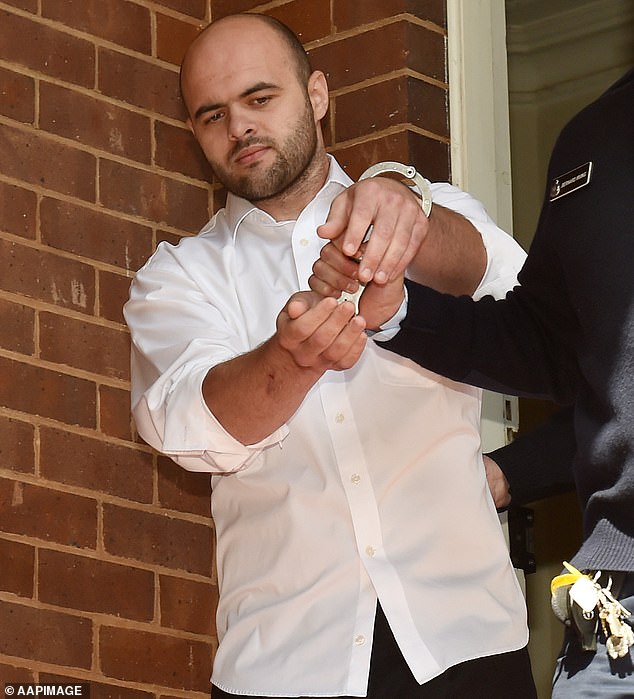 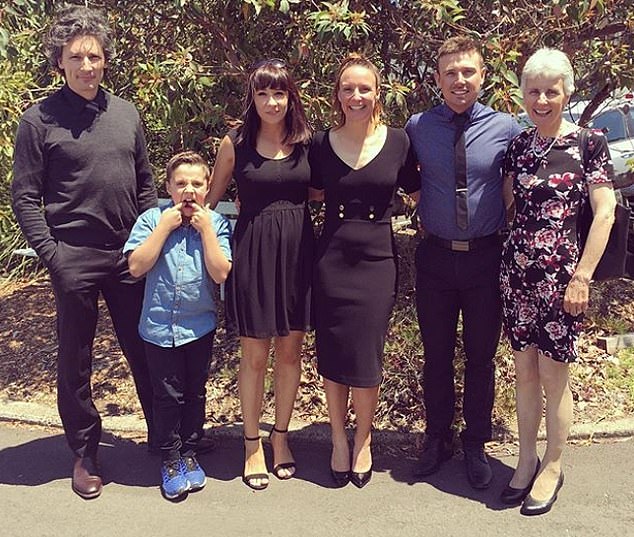 Gordon, Robyn, Kim, Stuart and Merrilyn Scott (all pictured left to right) sued the State of NSW and Department of Education after Stephanie’s death, and reached an out-of-court settlement last week

The Scott family launched court action in 2018, with Stephanie’s mother Merrilyn and siblings Kim, Robyn, Stuart and Gordon, all parties to the proceedings.

The court heard both parties agreed to pay their own court costs in the matter.

In a statement, a spokesperson for the NSW government said their were still some minor matters that were yet to be settled.

‘The Department again extends its sympathies to all the family and friends of Stephanie Scott in relation to her tragic death,’ the spokesperson said.

‘The parties agreed that Judgment should be entered in favour of the State of New South Wales, through its Education Department, in relation to nervous shock claims brought by family members, and that is what happened.

‘The District Court entered Judgments in favour of the State on 19 June 2020.

‘There are some matters against the State that have not yet settled, and it would be inappropriate to comment on them while they remain before the court.’

If losing their beloved daughter and sister wasn’t enough, the family’s heartache was compounded by the freak death of Ms Scott’s father Bob, who was killed by a falling tree branch in 2016.

Kim Scott laid bare that pain last month when she told of the last time her family had been whole – the day before Stephanie’s death.

‘Today in Spanish class I was asked to describe a time when my life was better. Easy, 4/4/2015, the last day my family was whole,’ Kim wrote.

The anniversaries of Stephanie and Bob’s death continue to be emotional days for the family.

Four years on from her sister’s death last April, Kim told of her pain at knowing that if she was still alive she would be a ‘wife, a mother, a daughter, a best friend’. 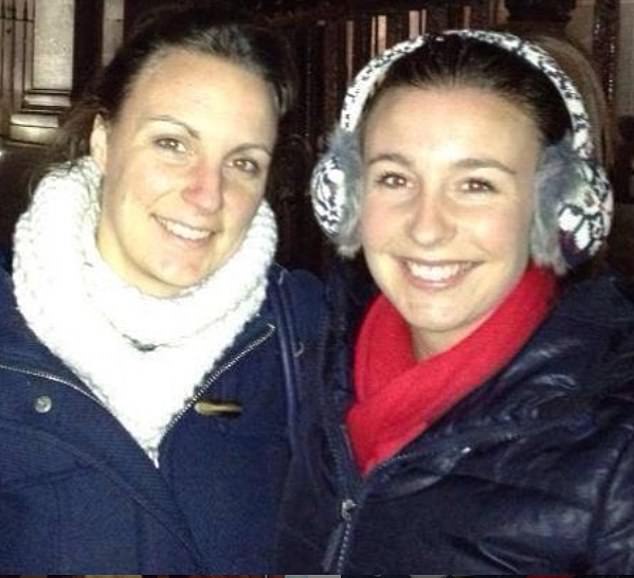 While the Scott family has never spoken about their decision to sue the government, their pain remains – evidenced by a heartwrenching recent Instagram post from Stephanie’s sister Kim (left)

‘Today in Spanish class I was asked to describe a time when my life was better. Easy, 4/4/2015, the last day my family was whole,’ Kim wrote, referencing the day before her sister was killed 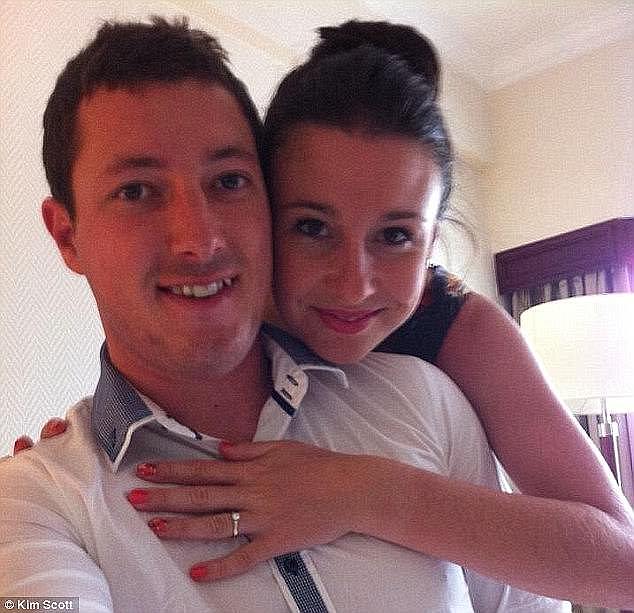 Ms Scott was just a week away from marrying Aaron Leeson-Wooley (left) when she was killed on April 5, 2015. He burnt body was found buried in Cocoparra National Park on Friday, April 10 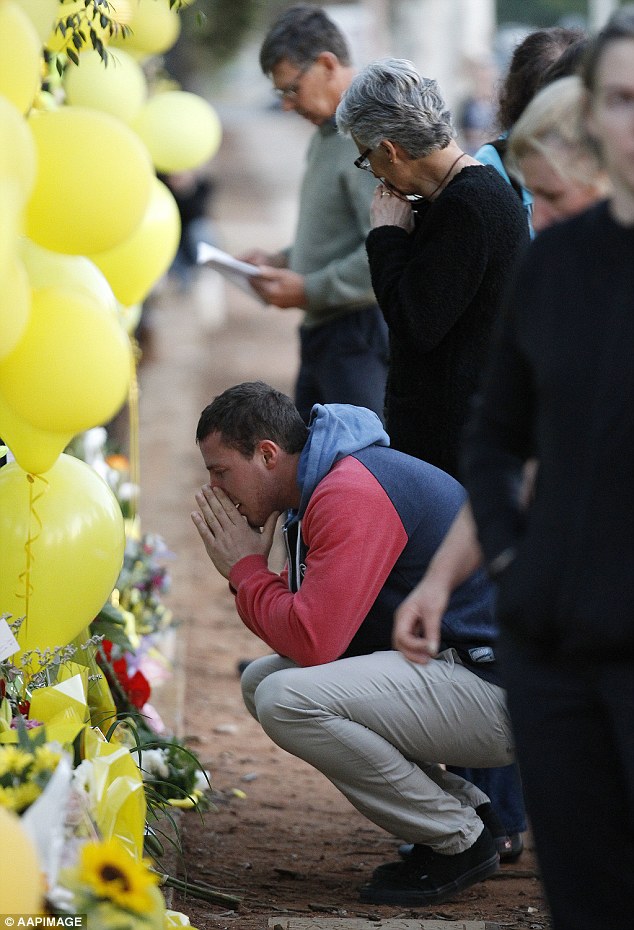 ‘Our beautiful Stephanie, four years since you were needlessly taken gorgeous girl,’ she wrote.

‘Four years. There’s so much I’d love to tell you. Some of it might make you mad, many things would make you smile, but most of it would just make you laugh.

‘It seems unfair to have the ability to create new memories, while your right to do so was taken from you so abruptly. You’d be 30, we’d be in our 30’s!

Stanford was sentenced to life behind bars by the NSW District Court in 2016.

His murder of Ms Scott is one of the most callous and heinous in Australian history, and shocked the nation at the time.

The always smiling teacher had finished up her work and was on her way out of the school when she encountered Stanford.

‘I’m going home now, have a happy Easter,’ she told him. 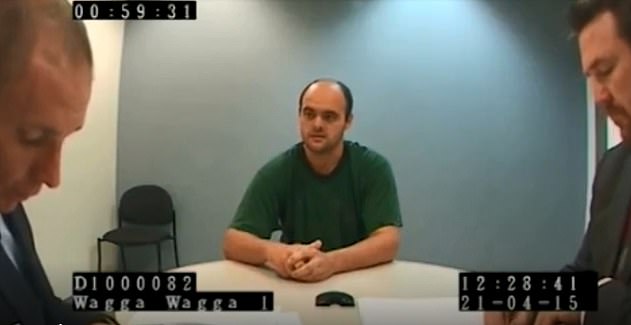 Vincent Stanford (pictured during a police interview) was arrested just two days after Ms Scott was killed. Earlier that day he had text his brother Marcus, saying: ‘I’m going to send you an envelope keep it safe for me’ 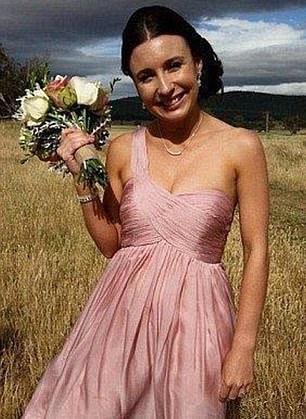 It was at that point Stanford grabbed her, dragged her into a classroom and sexually assaulted her, before stabbing her to death.

He later told police he felt compelled to kill her.

After murdering Ms Scott he drove her car into the school grounds so he could not be seen loading her body into the boot.

Stanford then drove to Cocoparra National Park, placed her body on the ground and covered it in branches, before taking photos and eventually setting it alight.

Ms Scott was reported missing the next day by her fiance Aaron Leeson-Wooley.

In addition to taking photos, Stanford had also kept some of her belongings  – including her driver’s licence – as tokens of the crime.

But after realising he was considered a leading police suspect, he called his identical twin brother Marcus and asked him to hold onto them for him.

Marcus was himself sentenced to 15 months jail for his role in aiding his brother.

He told Daily Mail Australia last year he deeply regrets his actions and is desperately trying to restart his life, wanting nothing to do with his jailed brother.

‘I did things for my brother… and for most days (since then) I’ve been trying to put it behind me,’ Marcus said. 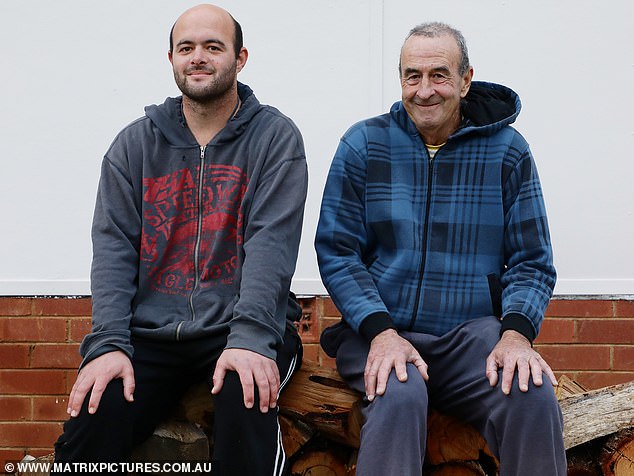 Marcus Stanford (left, with his father Steve), the twin brother of school teacher and bride-to-be Stephanie Scott’s killer Vincent, continues to be haunted by the night his sibling called him to ask for help dispose of evidence after the crime

Marcus admits that helping his brother was a despicable act, done out of ‘misguided loyalty’ to his twin, and he is apologetic to Ms Scott’s family.

‘But does it haunt me? Yeah. Some weeks you’re good, some weeks you think about it. That’s how I can put it basically.’

The twins’ dad Steve said he remained baffled and horrified by Vincent’s crime, and has no intention of ever seeing his son again.

The Scott family’s court cases will return to the NSW District Court on July 2.

THE DEATH OF STEPHANIE SCOTT

– Less than a week out from her wedding school teacher Stephanie Scott, 26, goes into Leeton High School about 11am to put together a lesson plan for the substitute who will be covering her class while she is away on a two-week honeymoon.

– Still at the school that afternoon, she encounters cleaner Vincent Stanford, 24. As she went to leave she said to him: ‘I’m going home now, have a happy Easter’. At that point Stanford grabbed Ms Scott, dragged her into a room and sexually assaulted her, before stabbing her to death.

– Stanford then drove Ms Scott’s car to a secluded area inside the school so it couldn’t be seen.

– That night Stanford calls his twin brother Marcus who lives in South Australia and the pair have a discussion. Vincent tells Marcus he is ‘just driving around’, which Marcus later observes was a bit ‘weird’

– The killer drives Ms Scott’s car to Cocoparra National Park in the morning. He then placed her body on the ground, covered it in branches and set it alight. Stanford then took photos of her body, drove her car to a rural road and left it there, before walking back into town.

– Vincent is identified as a person of interest by police, who take a statement from him at Leeton police station.

– He then sends Marcus a text message saying: ‘I’m going to send you an envelope keep it safe for me’.

– That night they search the home he shares with his mother, during which they find a set of keys belonging to Ms Scott. They arrest him and take him in for questioning again.

– When asked what he had been doing that day, he told police he had been out taking photos. Officers search of his camera and find the photos of Ms Scott’s body. 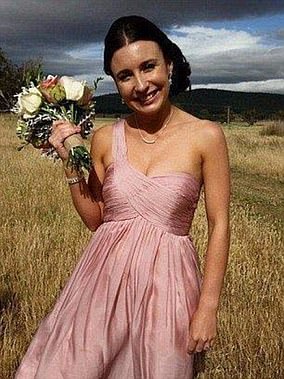 – Marcus hears a TV report saying that police have arrested a 24-year-old man over the death of Ms Scott. He calls his mother who confirms it is his brother.

– Ms Scott’s body is discovered in the national park.

– Vincent Stanford asks police to attend Junee Prison and during an interview he admits to having murdered Ms Scott.

– After receiving Ms Scott’s engagement ring, another piece of jewellery and her driver’s licence in the mail, Marcus searches ‘selling jewellery in Adelaide’ on Google.

– Thousands turn out for the funeral of Ms Scott in her hometown of Leeton.

– Marcus goes to the Adelaide Exchange Jewellery and sells Ms Scott’s rings for $705.

– During an interview with police Marcus denies ever having received mail from his brother. By this point he has also deleted text messages sent between he and Vincent.

– Marcus is arrested at his home in South Australia and extradited to New South Wales. During a search of his property police find a camera, a business card for the jewellery store and his mobile phone.

– Once in NSW he is charged with being an accessory after the fact to murder.

– Marcus pleads guilty in the Griffith Local Court to his crime.

– Marcus is sentenced to 15 months in prison. With time already served he is eligible for release in September.

– Vincent is sentenced to life imprisonment for the rape and murder of Ms Scott.