Boris Johnson has not looked as cheerful for a long time as he did in the Commons today.

His is a sunny nature and he does not like to be cast in the part of Charles Dickens’s Thomas Gradgrind — a sober man obsessed with numbers.

That is a role he cedes happily to Sir Keir Starmer or Professor Chris Whitty, the joyless chief medical officer.

Boris is a good-news man who hated imposing the lockdown and depriving us of our ancient liberties. I fear his dilly-dallying gave Covid-19 more time to spread.

Today he was able to restore a fair portion of what he had taken away, which was why he looked so buoyant and jovial.

He was playing his favourite part of the benign wizard. He uttered a phrase redolent of Tolkien, the great conjurer of magic: ‘Our long national hibernation is beginning to come to an end.’

Boris is a good-news man who hated imposing the lockdown and depriving us of our ancient liberties. I fear his dilly-dallying gave Covid-19 more time to spread

Hurrah! Most people will surely share the Prime Minister’s sense of relief and optimism.

Not a moment too soon, the economy-destroying two-metre rule will be abolished in England, though he urged us to stick to it whenever practicable.

True, some restrictions will remain in pubs and restaurants, which will be allowed to reopen from July 4.

Whether even one metre can be observed in busy pubs may be doubted, and I’m not sure how many customers will want to hand over contact details to the owners.

Museums, galleries, places of worship, cinemas, hairdressers and other establishments in England will be permitted to throw open their doors in ten days’ time so long as they adopt appropriate safety measures.

After months of lockdown, this amounts to a kind of revolution. 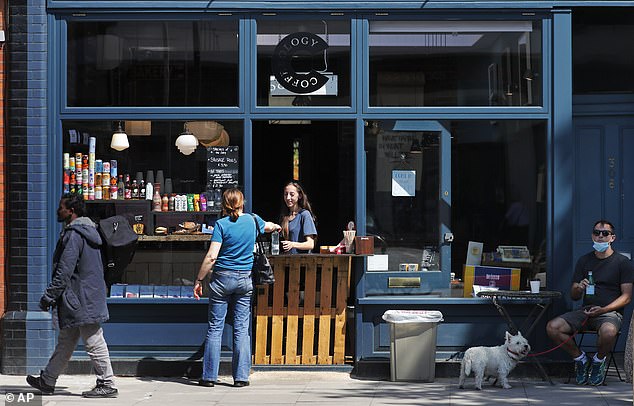 Museums, galleries, places of worship, cinemas, hairdressers and other establishments in England will be permitted to throw open their doors in ten days’ time so long as they adopt appropriate safety measures. Pictured: People buy food and drinks at a restaurant currently only doing take away food in London, on 23 June

Unfortunately, even Boris’s magic wand won’t extend to nightclubs and casinos, or to bowling alleys, spas, swimming pools and indoor soft play centres, but I’ve no doubt it will do so quite soon if things go well.

There was one unforgivable omission: schools. They won’t be fully up and running until September at the earliest.

Isn’t it shameful that pubs and restaurants will open in England at least two months before the institutions charged with educating our children?

That outrage apart, let’s rejoice that, after a curbing of our freedoms the like of which has never happened before in peacetime, we can take one large step back to normality — even if we’ll have to get used to Perspex screens and people cutting our hair wearing plastic visors.

So on what may be the hottest day of the year so far, I share Boris’s sunny good cheer.

Although I can’t honestly say that lockdown for me has been especially injurious, I am delighted this formless period of near-identical days is drawing to a close. 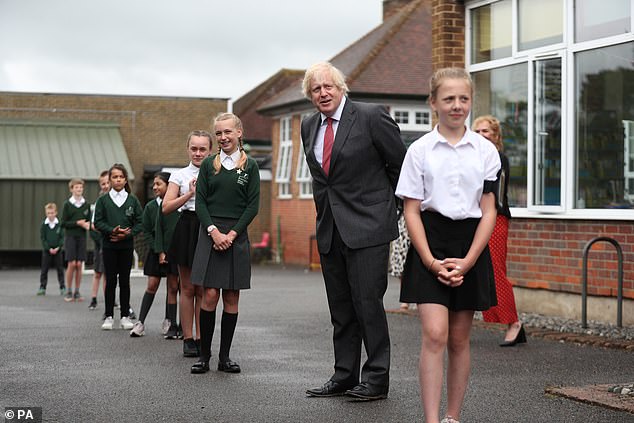 Schools won’t be fully up and running until September at the earliest. Isn’t it shameful that pubs and restaurants will open in England at least two months before the institutions charged with educating our children? Pictured: Prime Minister Boris Johnson joins a socially distanced lesson during a visit to Bovingdon Primary School in Hemel Hempstead, Hertfordshire, on 19 June

But I fear many tribulations lie ahead, on which Boris did not touch while bestowing his largesse.

For understandable reasons, there was nothing in his statement about the parlous state of the economy or other formidable challenges thrown up by the pandemic.

Even in a mood of optimism, we should face the fact that we are not the same country that went into lockdown just over three months ago.

More has changed — and more has been revealed — than would then have been imaginable.

What Boris didn’t say is that the measures he announced today are emergency dressings being applied to a traumatised economy.

Nobody can know whether they will be enough to revive the patient.

We can only be sure that, if the Government hadn’t acted, the outlook for many businesses would have been terminal.

Tucked away in today’s newspapers and barely reported by the broadcast media was the disclosure by the new Governor of the Bank of England, Andrew Bailey, that the Government would effectively have gone bust during the stock market meltdown in March if it hadn’t been rescued by the Bank.

Its decision to pump £200 billion into the economy via quantitative easing — the biggest single cash injection in its history — averted a liquidity crisis for the Government. Pretty scary stuff.

Alistair Darling, who was Chancellor during the Great Recession of 2008, later said that people were only two hours away from being unable to withdraw money from cashpoints.

That was bad enough. A Government close to insolvency sounds even worse.

Neither Boris Johnson nor Rishi Sunak, the Chancellor, has levelled with us about the terrifying state of the nation’s finances.

According to the Office for Budget Responsibility, Britain’s debt will soon hit £2 trillion as the cost of the pandemic soars. 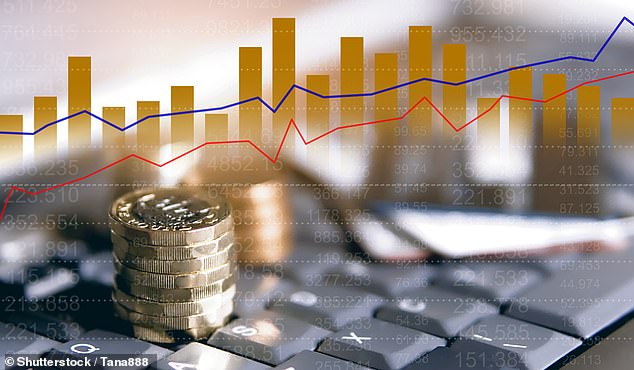 The new Governor of the Bank of England, Andrew Bailey, revealed the Government would effectively have gone bust during the stock market meltdown in March if it hadn’t been rescued by the Bank

Debt will be more than 100 per cent of national income and the highest it has been since the end of World War II.

The truth is that, during lockdown, many people have been living in a kind of fool’s paradise, largely insulated from the prospect of widespread unemployment.

Repairing the economy is going be a much more arduous test for the Government than handing back our liberties.

Other problems have been thrown up by the pandemic.

The Prime Minister’s Commons statement concerned only England — though that did not prevent the SNP leader at Westminster, Ian Blackford, from asking barbed questions from his Scottish redoubt.

The contagion has exposed deep divisions in the Union, with Nicola Sturgeon in Scotland in particular behaving like the leader of an independent country and, despite her errors, attracting widespread admiration from her electorate.

She will use this advantage to extract a second referendum on independence, which the SNP could win.

Other shortcomings revealed by Covid-19 include the quality of some of our public institutions and of our senior civil servants.

Health professionals have dragged their feet over obviously beneficial measures such as masks.

With depressing predictability, the Department of Health has blunderingly failed to come up with a workable contact-tracing app.

So while I am relieved that the lockdown is nearly over and welcome the sensible measures announced by the Prime Minister, I can’t conceal forebodings about the future on several fronts.

The agonies of being stuck at home are going to be replaced by a different sort of pain, which will last a lot longer and take various forms.

Whether the Government is equal to these enormous challenges remains to be seen. Boris’s heady optimism is infectious but, by itself, it isn’t going to get us out of the hole we’re in.

Was the lockdown worth it? I believe so, but it’s a huge question that can’t be definitively answered until there is a final weighing of the benefits versus the costs.

We’ve a pretty good idea of the benefits — preventing thousands of people from dying — but can’t yet know what the cost will be in terms of jobs lost, companies destroyed and lives ruined.

All we can be sure of is that this country can’t afford another lockdown such as we have just endured. Nor would the British people tolerate it a second time.

If there are new spikes of the disease in the coming months, they will have to be dealt with by local clampdowns.

Whatever difficulties may lie ahead, we can at least console ourselves with this thought: the extraordinary past few months of virtual incarceration, and the unprecedented curtailment of our personal freedom, are not going to be repeated.