STEPHEN GLOVER: So much for rule of law when police won’t probe a burglary…

We British are brought up to believe that our country is the freest in the world. It is supposedly the home of liberty — in contrast to more repressive nations on the other side of the Channel.

In France, Italy and Spain, the police tend to be overzealous — and are widely distrusted. The State quickly resorts to violence when it feels threatened. Twice in my life I have been set upon by French riot police as an innocent bystander.

Rule Britannia and Land Of Hope And Glory — songs which the BBC tried to ban recently — celebrate our freedoms. The latter describes Britain as ‘mother of the free’.

Doubtless the belief that liberty is part of our national DNA is sometimes exaggerated. But we hang on to it as a rousing idea that differentiates us from less favoured lands, and defines us as a nation.

Not any longer. Over the past six months, a supposedly libertarian Prime Minister has presided over a government that has spewed out dozens of often tangled and sometimes contradictory regulations concerning Covid-19. Those who break them face swingeing fines.

Police detain a man in the street after 10pm in the covid-hotspot of Nottingham, as drinkers and students flooded the streets of the city, Friday October 09 2020

Now I’m not going to argue that we don’t need sensible new legislation to help beat the virus. Nor am I going to advocate that anyone should break Covid laws that seem silly or pointless.

But I do think power has gone to some ministers’ heads, and they have grown so accustomed to nibbling away at our freedoms that they sometimes abandon all logic and reason.

For instance, travellers returning from Italy were recently told they would have to quarantine for two weeks even though the infection rate there stands at about half that of the UK. Where’s the sense in that?

And the police, too, have become officious and meddlesome in a way that makes a nonsense of the British concept of ‘policing by consent’, and seems indistinguishable from coercive Continental practices.

The latest example of overreach on the part of the boys in blue is a letter written by Scotland Yard to owners of pubs and restaurants, encouraging them to snoop on customers to make sure they obey lockdown rules. 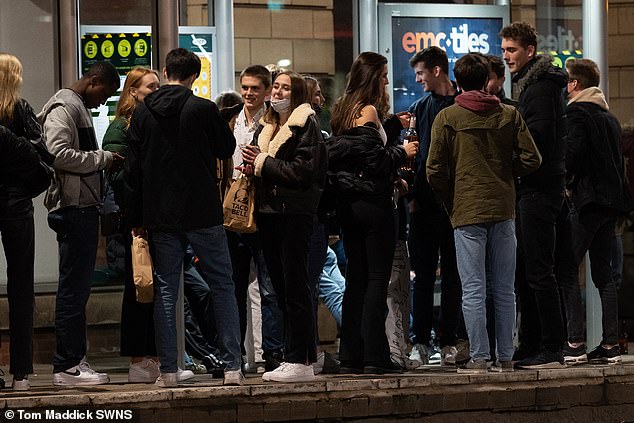 God knows, the people who run these establishments, whether in Tier One, Two or Three, are under enormous pressure to keep their businesses alive. Along come the police, asking traders in London to request names, addresses and even photo ID.

Our bumptious Health Secretary, Matt Hancock, has already urged people to snitch on their neighbours for flouting coronavirus rules. It’s one further step down a repressive path for the police to ask restaurant and pub owners to inform on clients.

It’s true that yesterday the Metropolitan Police withdrew its ill-judged advice, but the fact that it had issued it in the first place speaks volumes.

What appals me is the ease with which the police have assumed the role of Big Brother. No sooner was the lockdown imposed in March, than coppers in Derbyshire were employing a drone to spy on walkers in the Peak District.

In any case, it was perfectly legal for people to exercise in such a way. Moreover, as they were outdoors and presumably observing social distancing, they posed no threat to anyone on the planet. 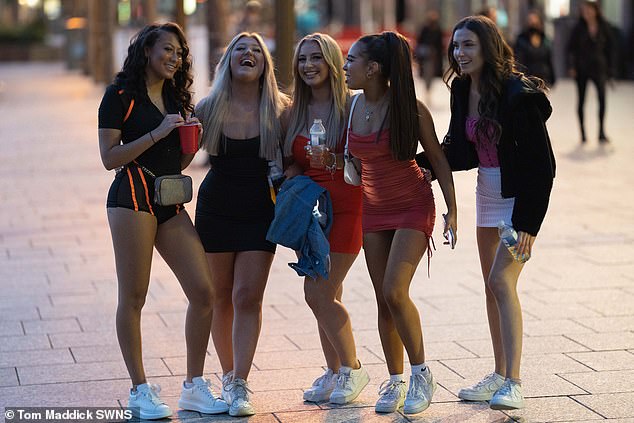 Drinkers in Nottingham, is currently in Tier 2, but is being considered for Tier 3

How effortlessly, with the Government’s backing, does the constabulary take on new powers. The Department of Health has recently decided to pass on contact details to police of people told to self-isolate by NHS Test and Trace.

Even Chief Medical Officer and official gloomster Professor Chris Whitty reportedly baulked at this development. I suspect he wasn’t moved by respect for civil liberties. He realised that people will be less likely to cooperate with NHS Test and Trace if their details are shared with the police.

Not that the police have needed any encouragement so far to check up on those who have been told to self-isolate. The maximum penalty for failure to do so is a hefty £10,000.

Officers in Scotland are possibly demonstrating an even greater appetite for prying than their counterparts down south, operating as they do under the joyless eye of the reproving Nicola Sturgeon.

An acquaintance in Glasgow, whose only sin was to take a holiday in Turkey at a time when new quarantine rules were arbitrarily introduced, was visited by a policeman some days after her return to ensure that she was self-isolating.

In Ayrshire, two officers turned up at a ten-year-old girl’s birthday party, after a neighbour reported the family for breaking Scotland’s strict Covid rules. The mother said that two relatives had ‘nipped in’ to deliver presents. She was told she would be charged and fined if she errs again.

And so it goes on. What is remarkable is that, if we are burgled, the chances of getting the police to investigate the case, and finding the culprit, are close to zero. Slovenly in protecting our property, the police become fervent when there is a sniff of Covid irregularity.

Officers may have looked on for several hours last month while Extinction Rebellion protesters stopped newspapers being distributed. They may have stood aside in June when a mob in Bristol toppled the statue of a slave trader into the river.

But the long arm of the law will stretch out and grab the collar of the most insignificant Covid offender. In the Wirral, a gym owner received a visit from two vanloads of police after he refused to close his premises. He was handed a £1,000 fine, plus a warning of a steeper penalty if he offends again.

The fact is that those who break Covid rules are easy pickings. Although some forces have declined to dole out fines to people who forget to wear a mask, such common sense seems to be the exception rather than the rule.

Are we a police state? Not yet, of course. But if a year ago any of us had been told that law-abiding people might receive a knock on the door, or that restaurant owners would be asked to sneak on their customers, we would have laughed in disbelief.

Great though the damage inflicted by the pandemic has been, we’re not at war. The virus is not going to march in jackboots down Whitehall. Why, then, does the Government think it right to behave as though we are engaged in a life-and-death struggle with a human enemy?

As it happens, there’s one Covid culprit whom Boris Johnson and the police chose to let off: Dominic Cummings. His 60-mile round trip by car to Barnard Castle in April contravened lockdown rules. But there was no fine, not even a warning, for the Prime Minister’s chief adviser.

When the pandemic recedes, and we look back at this terrible time, I believe the foolish indulgence of that journey (yesterday acknowledged as a mistake by former Cabinet Secretary Mark Sedwill) will be seen as a turning point.

The inconsistencies and contradictory regulations have been bad enough, but they have probably done less damage to public confidence and faith in the Government’s good sense and integrity than the exoneration of Cummings.

The boys in blue now cheerfully hound lesser fry. We are enjoined to observe sometimes silly laws, and punished if we don’t, while the Prime Minister’s favourite is spared. Isn’t that the authentic mark of a police state?