‘They’re part timers… there were plumbers playing last year’: Stephen Warnock claims Red Star Belgrade had amateurs in side last season… before admitting he was fooled by a tweet

Stephen Warnock admitted that a tweet led him to falsely claiming that Red Star Belgrade are a team full of part-timers.

The former Liverpool and Blackburn Rovers defender was discussing the Champions League draw when he made the blunder on Sky Sports.

Warnock said: ‘Yeah it’s a very hostile place, they’re part timers as well and you think that they beat the European champions. 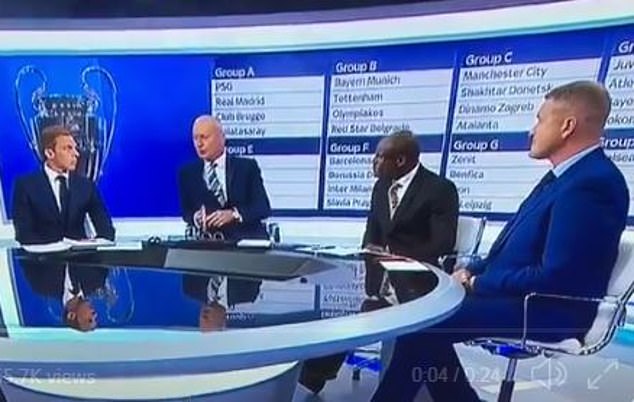 Jim White then questioned him about his comment but Warnock continued: ‘Yeah, they have a lot of guys who are… there were plumbers playing last year so that’s impressive in itself but to have a home record like that it says it is a hostile place.’

When the now retired former defender was grilled on his statements online, he moved to clarify the situation.

He wrote: ‘They had a player who had been a part time player who signed for them. Didn’t mean to say the whole squad. Apologies.’

The 37-year-old was referring to a tweet he had read that stated: ‘Meet Milan Pavkov, he’s a part time electrician and also works at his father’s grocery store. 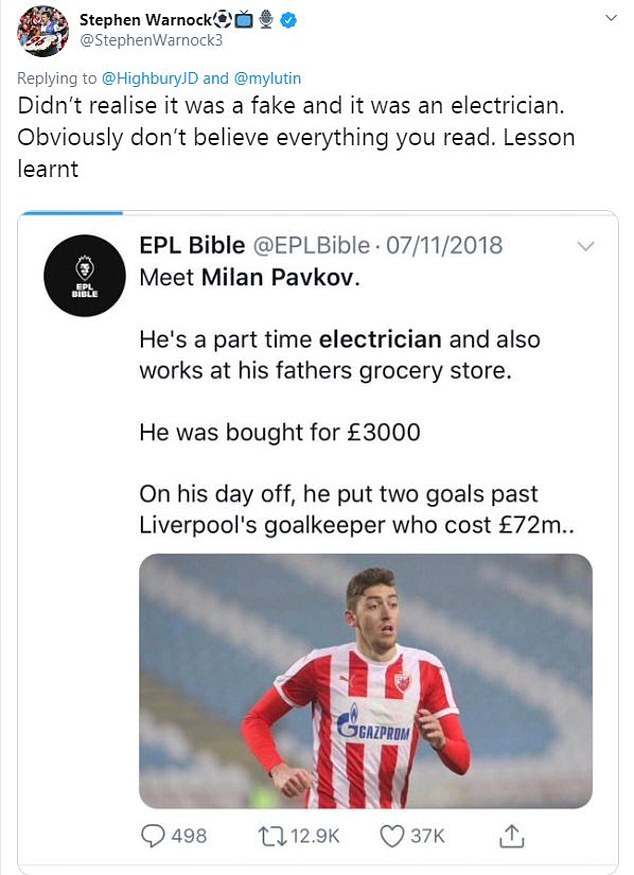 ‘He was bought for £3000. On his day off he put two goals past Liverpool’s goalkeeper who cost £72million.’

Warnock posted the tweet that had led to him making the statement and corrected himself.

He wrote: ‘Didn’t realise it was a fake and it was an electrician. Obviously don’t believe everything you read. Lesson learnt.’

Red Star Belgrade were drawn in Group B with Bayern Munich, Tottenham and Olympiakos. No doubt those clubs would prefer it if the Serbian side were part-timers when they visit the Rajko Mitic Stadium this season.