Steve Bruce fronts up to take questions from disgruntled Newcastle fans, insisting it is ‘still his dream job’ and vowing to stop ‘being too downbeat before games’… while also labelling online abuse ‘ridiculous’

Steve Bruce has fronted up to take questions from disgruntled Newcastle supporters, and insisted the role remains his ‘dream job’ despite the backlash.

Boss Bruce, 60, took the time on Thursday evening to speak to members of the fanbase on BBC Newcastle’s Total Sport show and delved into a range of topics.

On the agenda was the brand of football on show from his team, his ‘downbeat’ manner before games and the abuse he has been subjected to on social media.

Newcastle were made to start the new Premier League season with a 4-2 defeat at the hands of West Ham, although they twice took the lead at St James’ Park.

The result did nothing to ease the pressure on his shoulders from the stands, but Bruce has now looked to meet their grievances head on.

Refusing to make excuses, Bruce opened up on being offered the hot seat at the club and his own experience supporting them.

‘I am a fan myself,’ he insisted. ‘I want the best for this great club, which is to try and win something. 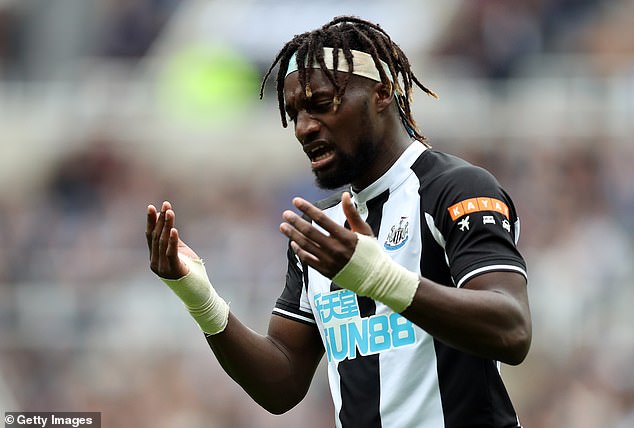 ‘I was like a kid in a sweet shop when I was offered it. It is my dream job.

‘Winning a trophy has become difficult, because of the power of the top six, maybe top eight.

‘I got to a cup final with Hull, Wigan have done it, Leicester have. The fans here want it more than any other team.’

As well as the lack of a trophy, or real progress across all fronts, supporters have also taken issue with the play style of the side under Bruce. 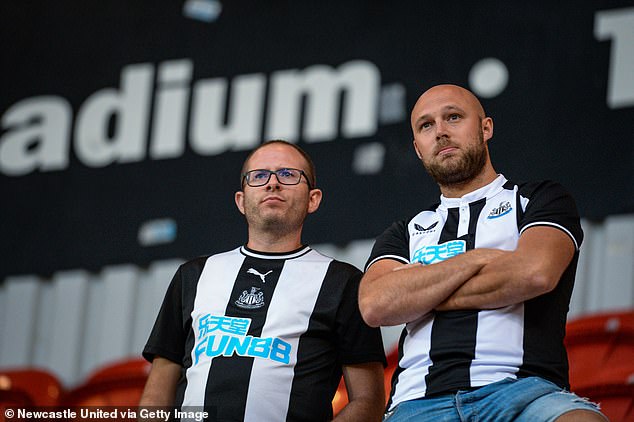 Fans of the club have taken issue with their play style, low expectations and Bruce’s comments

He has looked to defend this, however, and also explained that taking on a more risk-free approach will be necessary ‘at times’.

‘In two years you have four transfer windows,’ Bruce added. ‘We have brought in [Joe] Willock. We have got [Miguel] Almiron, Joelinton, Callum Wilson.

‘The team is improving. The brand of football is a debate? You have to be a bit pragmatic at times. Fans want to see goals and entertainment.

‘It is getting the balance right. We have got to be better than avoiding relegation. Stay well, big players stay fit and I am hopeful we’ll be better than last year.’ 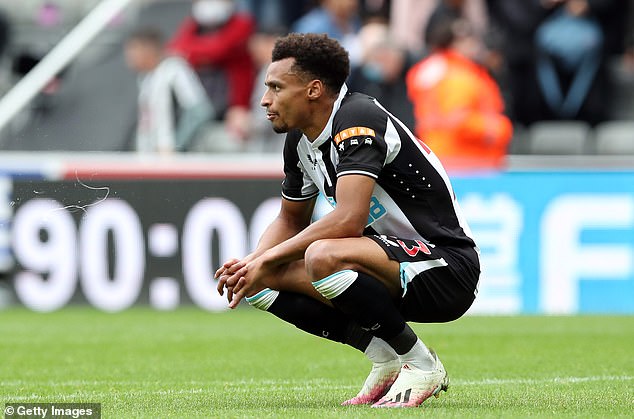 Bruce was accused by a supporter of taking on a negative approach before matches, and he replied: ‘Point taken. I will try to address that.

‘We are up against Europe’s most outstanding teams. I don’t want to under-value or belittle our club in any way.

‘We have the nucleus of a very good squad and if they stay fit I know we are capable of taking on anyone.’

Remaining a divisive appointment, Bruce has seen a number of distasteful comments sent his way online, some of which he has labelled ‘ridiculous’. 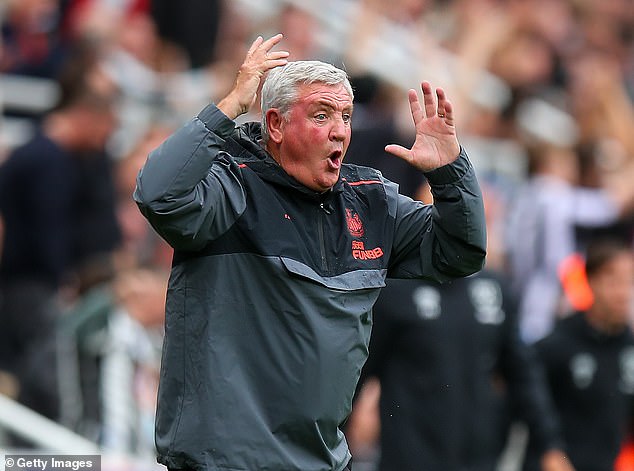 Opening up on the abuse sent his way online, Bruce described some comments as ‘ridiculous’

‘No one likes to be criticised, he added. ‘From day one I knew I’d not be everyone’s cup of tea. I try to win them over and that is by results.

‘If it is balanced and constructive, fine, you accept it. It is part of it.

‘My son (Alex) has got embroiled in it. Then again some of the comments… he has a right to have a go back. Some of it is ridiculous.

‘The vast majority, like when I walk the dog, people are great to me. A few on social media just want to be destructive.’