Steve Harvey sent TVs to teacher who balked at his dreams

Steve Harvey is likely one of the most recognizable faces on TV across the country today.

But when he was a kid and first voiced his dream of ending up a television star, he was shot right right down by one of the people in his life meant to be supporting him.

In an episode of Oprah’s Master Class, the 60-year-old host of Family Feud revealed that when he was in the sixth grade he was given an assignment by his teacher asking for students to write down what they wanted to be when they grew up.

Road to success: Steve Harvey, 60, revealed in an episode of Oprah’s Master Class that he was shot down by his sixth grade teacher when he said he wanted to be on TV 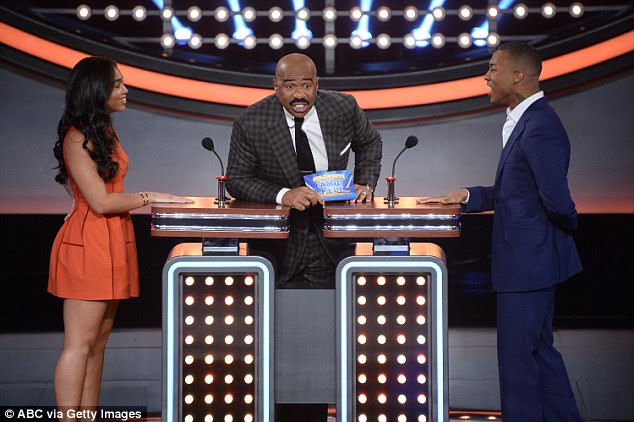 Daily appearances: Steve is the host of Family Feud, his own morning show and is a five-time Daytime Emmy Award winner

At that time young Steve suffered from a severe stutter, yet still wrote in his paper that he intended to one day be on TV.

When she saw what Steve had written, she not only thought it was ridiculous, but even went so far as to call up Steve’s mother to say he had been a ‘smart aleck’ at school.

Upon arriving home his mother informed his dad, ‘Slick’, that he had been in trouble and told Steve to tell his father what he had written.

But instead of issuing the young boy ‘a whooping’ as Steve had expected, Slick said: ‘Well, what’s wrong with that?’ 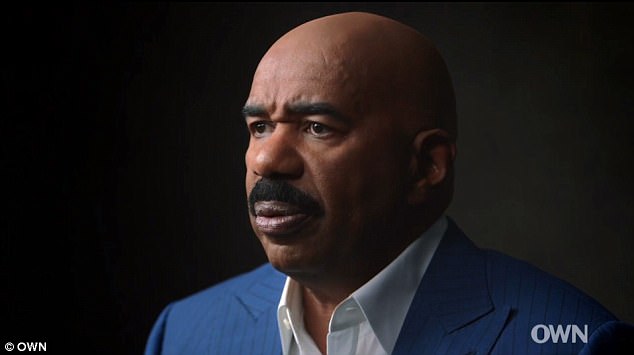 Unexpected: Steve had a stutter as a child, so when he told his teacher about his dreams, she called his mother to say he was being a ‘smart aleck’ 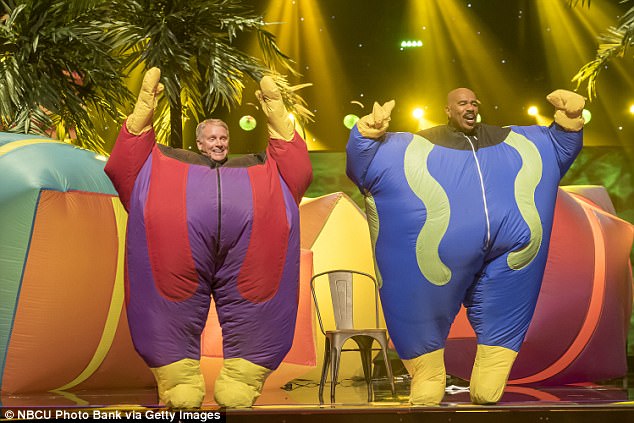 Fun times: Steve’s father told him to keep his paper and look at it every day before he went to sleep, a tactic Steve described as ‘a principle of success’

The conversation soon turned into an argument between his parents, with Steve being sent off to his room, where he dreaded the trouble that was surely about to rain down on him.

But then, his dad came in, sat down with him and told him just what to do with that paper.

‘What he told me was a principle of success, that if you write it down and envision it, anything you can see in your mind, you can hold in your hand.’ 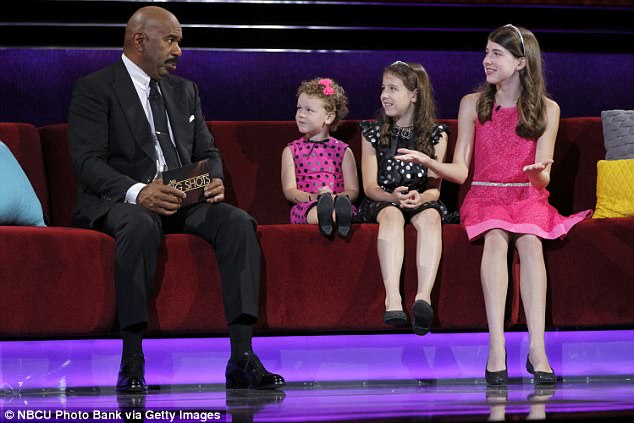 Host with the most: After finding his success, he would send that sixth grade teacher a TV for Christmas every year 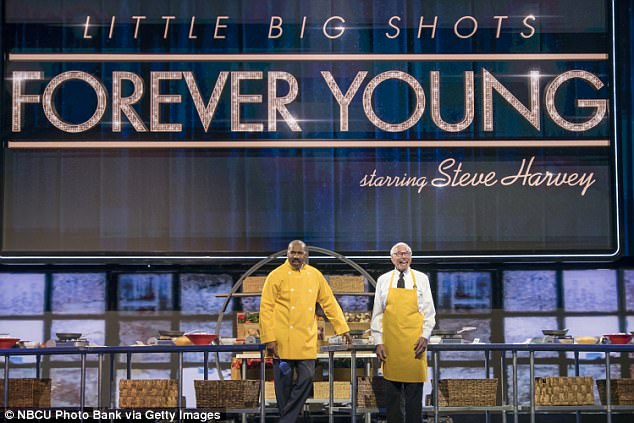 As an adult, Steve worked his way up to becoming one of the most successful TV stars in the country – not to mention an author of multiple books – with the paper always with him. And he never forgot the day his teacher told him he would never get there.

‘Every year when the teacher was living, I used to send her a TV for Christmas,’ He revealed. ”Cause I wanted her to see me.’

The end of the clip sees Steve reveal that his teacher complained about getting the TVs and needing to give them away because there were too many, but he didn’t mind.

With tears welling up in his eyes, he concluded: ‘That little boy with the stuttering problem is on TV, seven days a week.’