Steve McQueen has revealed he battled ‘institutional racism’ at school.

The filmmaker, 50, told Esquire magazine that he was treated unfairly by teachers and pupils who ‘didn’t think he was capable,’ with the school regularly suspending or downgrading black students.

Steve – who won an Oscar in 2014 for 12 Years A Slave – has directed the BBC anthology series Small Axe, which depicts the lives of West Indians in Britain between the 1960s and the 1980s.

‘Horrific’: Steve McQueen has revealed he battled ‘institutional racism’ at school, as he graced the cover of Esquire Magazine

Steve told the publication that along with the racism that was apparent at school, he also struggled with dyslexia, which went un-diagnosed for many years.

He said: ‘[I remember] sitting at the front of the class with a lazy eye and a patch over it, unable to see the chalk board at all.

‘[I] walked into racial discrimination. They assumed I wasn’t capable academically. When I went back to my old school to hand out awards, the headmaster told me that back when I was there the school was institutionally racist.

‘They admitted it, but I didn’t need their confirmation. People were excluded, they were ostracised, graded down, not given a chance. Because of who they were. 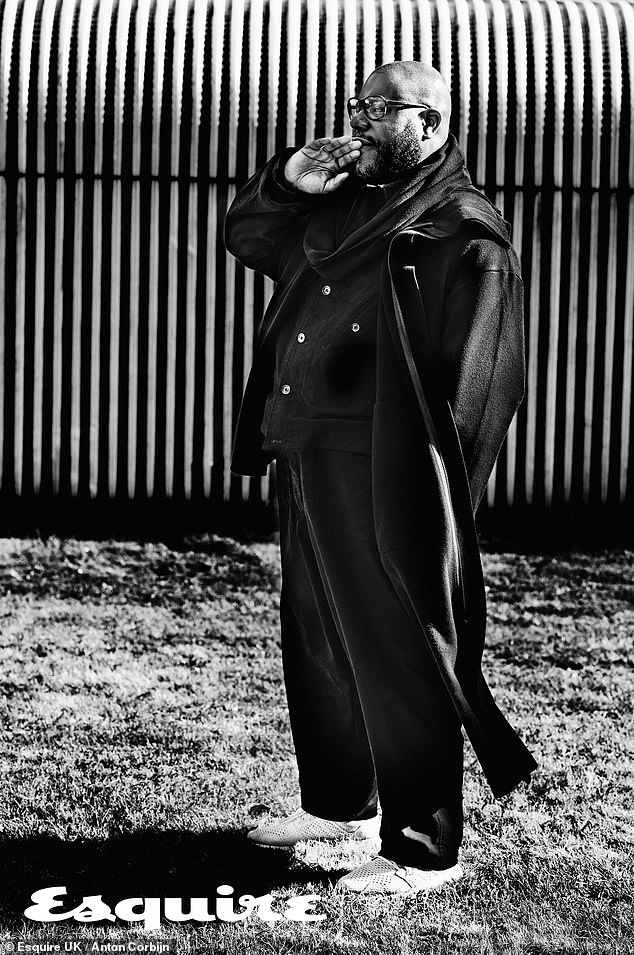 Hard: The filmmaker said that he was treated unfairly by teachers and pupils who ‘didn’t think he was capable,’ with the school regularly suspending or downgrading black students

‘That’s where it started. It started at school. It was not a happy experience. And, unfortunately, that narrative continues for a lot of black people. It’s horrific to be confronted with institutional racism from day one.’

Asked whether he feels optimistic that change can happen, he added: ‘I feel hope because young people now are willing to speak out.

‘And I’d add to that the #MeToo movement as well. Can this moment be capitalised on? It’s an interesting moment, but we’ll see what happens.’ 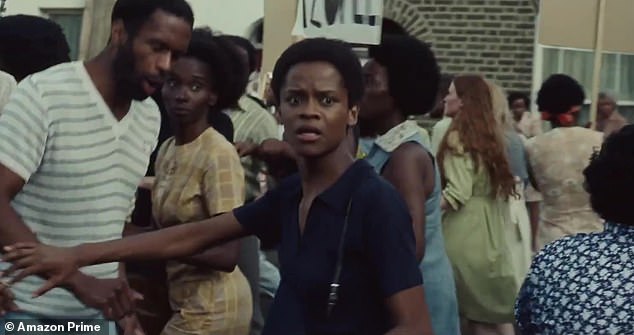 Serious: Steve has directed the BBC anthology series Small Axe, which depicts the lives of West Indians in Britain between the 1960s and the 1980s

Steve has created the five-part miniseries Small Axe, which documents the lives of West Indians during the mid-20th Century, and pinpoints certain historic moments including the 1981 Brixton Uprising.

He explained: ‘These to me were stories that needed to be told. Stories that shaped the landscape of Britain. That’s how big these stories were.

‘The fire was in me to tell them, and as a film-maker, as an artist, without that fuel called passion, at least for me, there’s no reason to do anything.

‘[It was] A golden age of resistance. All Saints Road [in Notting Hill] was the frontline.

‘When things were being printed in the papers, I remember walking to school with a bit of fear, because everyone, everything around us, was against us, and now, 50 years later, everyone understands [that the march that led to the trial dramatised in Mangrove] was an uprising, and that it wasn’t a riot.

‘People now understand that we do not have the best police force in the world. It took a while, a number of deaths, sacrifices, people dying, thinking we would never get to this place, but we’re here.’ 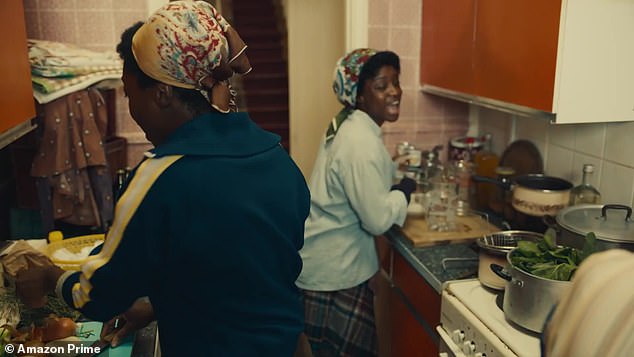 Steve also explained why he believes the stories depicted in Small Axe – including the trial on the Mangrove nine in 1970.

He said: ”There’s a generation, maybe even two generations of actors, directors, producers, executive producers, editors, cinematographers et cetera, that never materialised because of the environment.

‘We’re talking about two generations of talent that never got an opportunity. The possibility was not there. The landscape was not welcoming or embracing those stories. Didn’t want to know. There’s a gap in our history, of representation of black people on film.

‘Maybe in some ways I suppose I was trying to fix that. To put that narrative down. These stories needed to be told, and I had the agency to tell them.

‘There aren’t a lot of people like me hanging around making films or doing whatever. I’m the exception, unfortunately.’ 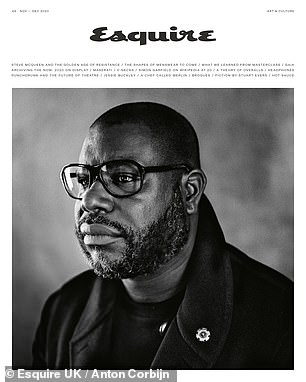 He added that the stories featured in the series still resonate today, especially given the COVID-19 pandemic and the resurgance of the Black Lives Matter movement.

‘These stories are as relevant now as they were then. It’s only now that people are waking up to the fact that there’s been injustices against black people for decades in this country, and centuries elsewhere. It took a pandemic,’ he said.

‘It took a brutal killing. It took millions marching. For people to think, ”Possibly I should think in a different way.” And only possibly, it’s not actually done yet.

‘Millions of people on the street before change can even be considered, before people can think that even possibly something could be wrong!

‘The world is not a healthy place. If you really want change, if you are really serious about it then, hey, it starts from the beginning. Education.’

The Nov/Dec issue of Esquire UK is on sale 1st October.